"The sky has changed": Astronomers say SpaceX satellites are interfering with their observations 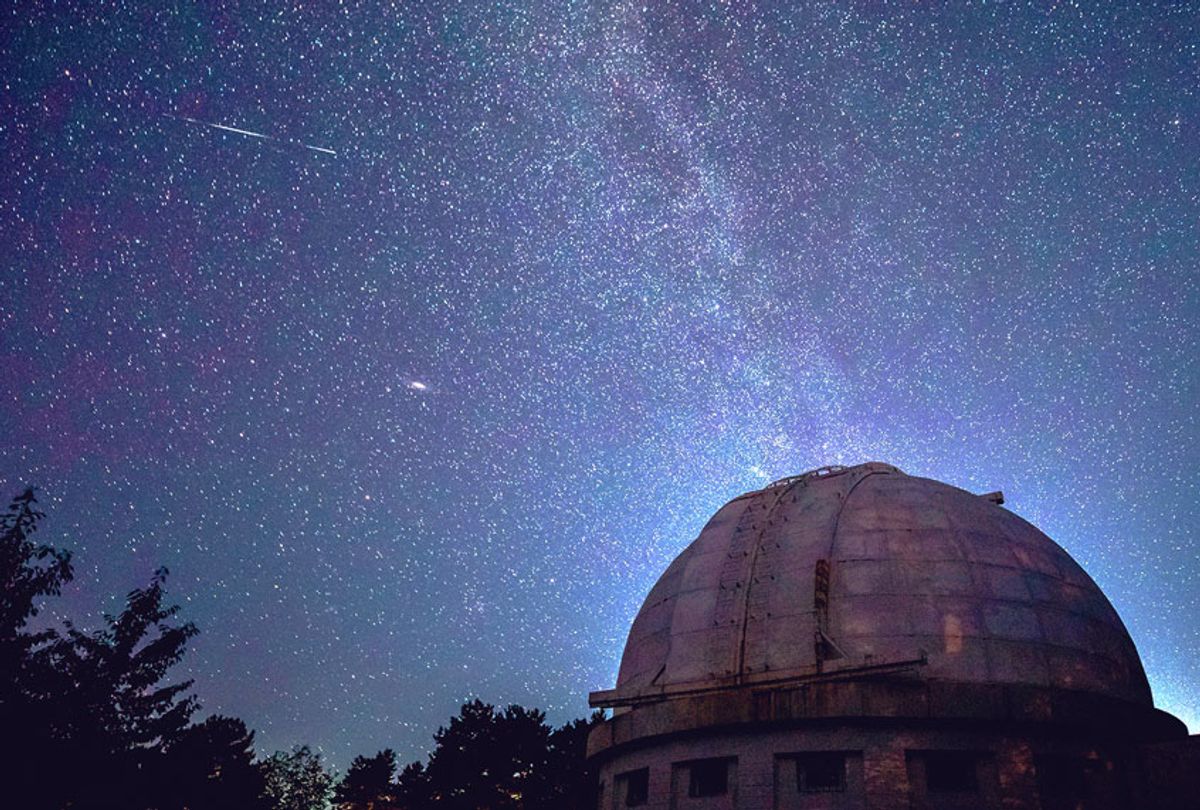 The sky over a solar tower of the Crimean Astrophysical Observatory under the Russian Academy of Sciences, located in the village of Nauchny, Bakhchisaray District, southwestern Crimea. (Sergei Malgavko\TASS via Getty Images)
--

When the Federal Communications Commission approved Amazon's plans for the Kuiper constellation, a plan to put 3,236 low-Earth orbit (LEO) satellites in orbit, the astronomy world raised a collective eyebrow. Low-Earth satellites move quickly across the night sky like small stars — which can interfere with the kinds of long exposures that astronomical observatories need to do in order to image distant astronomical objects. And the more satellites there are orbiting Earth, the more likely that one or more will interfere with an observation.

Anecdotally, astronomers have shared their fears over the last couple years, sometimes speaking out publicly, and a few reports have tried to quantify the impact. Now, an in-depth new report from a working group of astronomers released by the American Astronomical Society shows how these satellites could drastically change the scope of astronomy work conducted on Earth.

Specifically, astronomers state that existing satellites, including the 538 satellites from SpaceX as well as future ones, will "fundamentally change the way astronomers can plan and execute observations." In other words, the field of astronomy is facing an existential threat.

"With tens of thousands of LEO [satellites], no combination of mitigations can avoid the impacts of the satellite trails on the science programs of the coming generation of optical astronomy facilities," the report states.

The authors warn that, even in this last year, "the sky has changed," as a "growing numbers of satellite trails contaminating astronomical images." The risk of contaminated data, they write, can be hard to predict and mitigate: "A bright satellite crossing near a long spectrograph slit . . . could ruin the entire exposure, as it is not known a priori which observations are contaminated, forcing a repeat exposure or possible loss of science opportunity."

And this is just the beginning. SpaceX is planning to send a total of 25,000 communications satellites for its planned Starlink constellation; it is currently approved to launch 12,000. As of February 2020, there were about 5,500 satellites total in space, 2,300 of which are still functioning. The number of satellites is predicted to grow into the tens of thousands over the next several years, thanks to companies like Amazon, SpaceX and OneWeb. Their satellite constellations are part of plans to provide broadband internet access to everyone on Earth.

But at what price for science? As the report explains, the success of astronomical investigations depends on the ability to observe any part of the sky with the same quality of view. Specifically, investigations such as observing stellar populations in the Milky Way and neighboring galaxies, and looking for potentially hazardous near-Earth objects, could be undermined with more LEO satellites, especially given how time-sensitive these observations can be.

"For example, if a near-Earth object is not recovered, its orbital parameters are lost," the authors of the report state. "If the transit of a promising super-Earth exoplanet candidate is missed, the orbital timing may not be recovered."

Authors of the report called out OneWeb as a particularly problematic constellation due to its high altitude at 1200 kilometers above Earth.

"Constellations at high altitudes, such as the OneWeb constellation at 1200 km, present particularly serious challenges; they will be visible all night during summer and significant fractions of the night during winter, fall, and spring, and will have negative impacts on nearly all observational programs," the report said, referring to "twilight observations," which are often important when it comes to searching for Earth-threatening asteroids and comets.

The report includes ten recommendations to mitigate the influence of satellites on astronomical investigations, including launching "fewer" or no LEO satellites. "However impractical or unlikely, this is the only option identified that can achieve zero astronomical impact," a press release about the report stated. Other ways include deploying satellites to orbital altitudes, darkening the satellites, and finding a way to minimize satellite trails.

The authors of the report also note that these commercial satellites could spoil starry nights for amateur astronomers.

The report comes at a time when Earth's capitalists are gearing up to commercialize space, and rapid technology developments are advancing our knowledge of the universe.

"Recent technology developments for astronomical research — especially cameras with wide fields of view on large optical-infrared telescopes — are happening at the same time as the rapid deployment of many thousands of LEOsats by companies rolling out new space-based communication technologies," Connie Walker, a collaborator on the report and an astronomer at NOIRLab in Tucson, Arizona, said.

Despite the tension, the hope is that this report will inspire both scientists and commercial satellite operators to work together.

"Even though we're still at an early stage of understanding and addressing the threats posed to astronomy by large satellite constellations, we have made good progress and have plenty of reasons to hope for a positive outcome," AAS President Paula Szkody said in a statement.