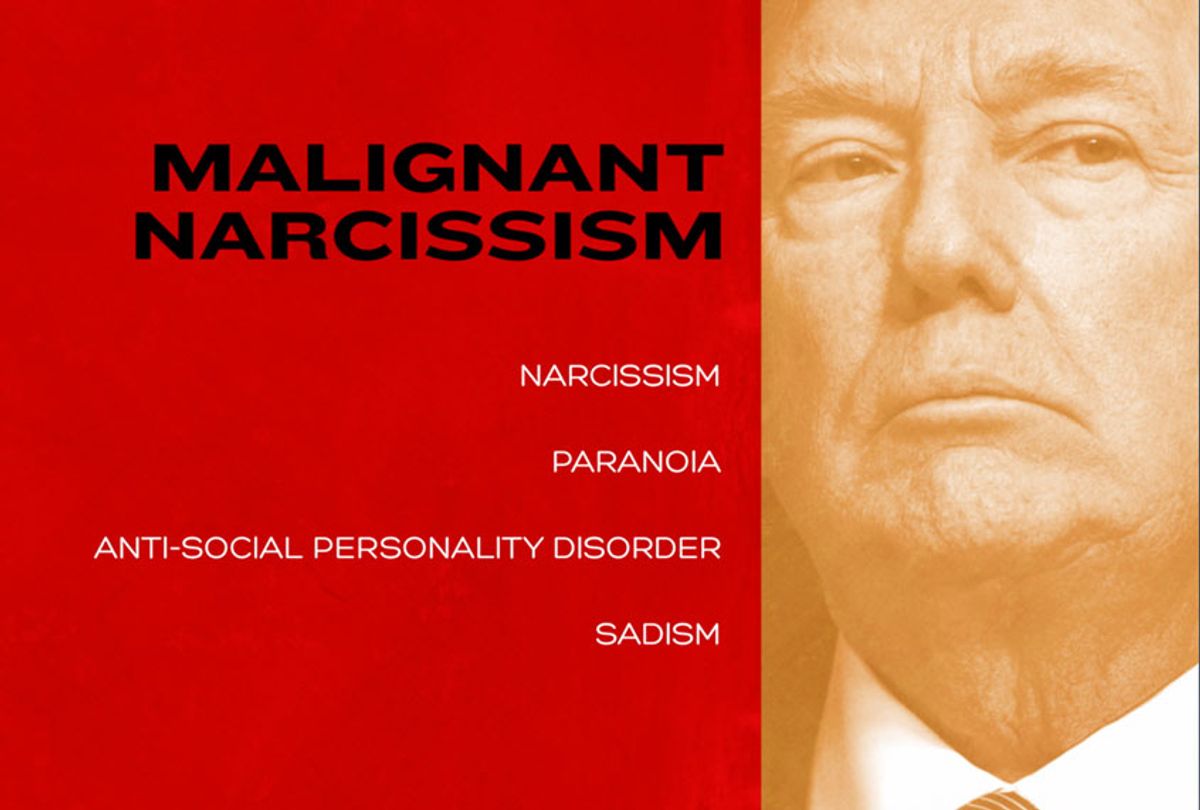 During the opening night of the Democratic National Convention, former first lady Michelle Obama characterized Donald Trump's administration as being marred by "chaos, division, and a total and utter lack of empathy," which, she said, are just some of the major reasons he is unfit to serve.

The upcoming documentary "#Unfit:The Psychology of Donald Trump" delves deeper into the president's unhinged behavior that underlies that and similar statements. According to the website for #Unfit, director Dan Partland — who was a producer on A&E's "Intervention" and the Emmy-nominated decade retrospective "The Sixties" — and his producers did not make this documentary to advocate on policy issues; it is strictly about Trump's fitness to serve as president.

"We interview mental health professionals, who discuss the disorders, why they feel the danger is now exacerbated, and why they believe that for them to NOT warn the public at this juncture would be an abdication of professional responsibility," the site reads.

Partland and his producers interviewed a number of doctors and mental health professionals who conclude that Trump is a malignant narcissist, a personality disorder characterized by narcissism, sociopathy, paranoia and sadism.

This was a conclusion that was also reached by attorney George T. Conway III, who is the husband of former counselor to the president Kellyanne Conway, an outspoken Trump critic and a founding member of  the Lincoln Project, a conservative Super PAC formed in December 2019 and dedicated to "defeating President Trump and Trumpism at the ballot box."

On Sunday, Kellyanne Conway announced that she would be leaving the Trump administration to focus on her family, "less drama, more mama." This comes after months of increasingly public conflict with George over their differing views on the president, and after their 15-year-old daughter Claudia Conway recently joined the conversation by posting TikTok videos and public Tweets disagreeing with her mother's abhorrent politics.

As Conway says in the film — and in the exclusive clip you can watch below —  he didn't go into the Trump administration for a lot of reasons, "but the fundamental reason is that it was a mess."

"I guess I must have been Googling 'Trump' and 'mental health' because I clearly thought there was something seriously wrong with him," Conway says.

"#Unfit" will get a limited theatrical and virtual cinema release on Aug. 28 before heading to on-demand platforms Sept. 1.