"For now, and for my beloved children, it will be less drama, more mama," Kellyanne Conway says in a statement 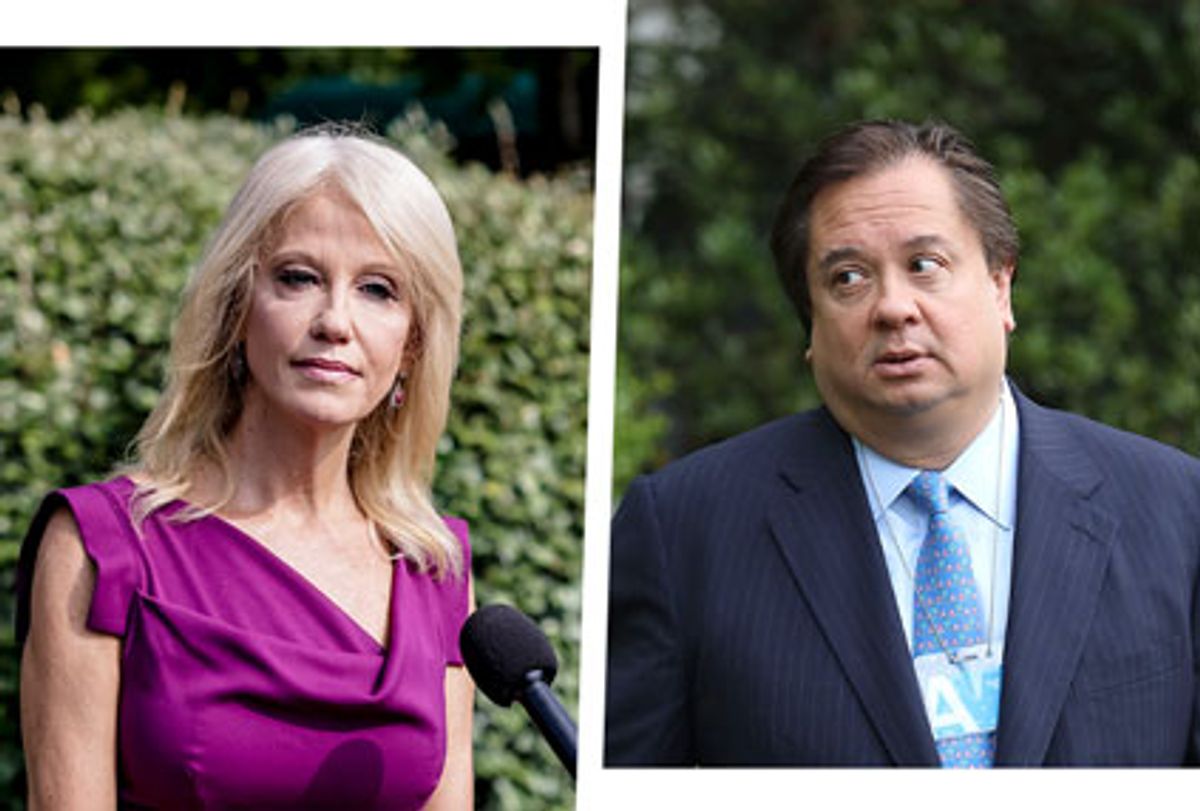 White House counselor Kellyanne Conway on Sunday announced that she will leave 1600 Pennsylvania Ave. to focus on her family after her daughter said in multiple social media posts that she was seeking emancipation from her parents over alleged "trauma and abuse."

Conway, one of President Donald Trump's longest-serving aides who managed the tail-end of his 2016 campaign before coining the term "alternative facts" in her many TV appearances defending her boss, said in a statement that she would be "gratefully" and "humbly" leaving the White House at the end of the month.

Her husband, attorney George Conway, also announced that he will withdraw from his role at The Lincoln Project, a big money group of conservative Trump critics, to "devote more time to family matters."

"We disagree about plenty, but we are united on what matters most: the kids," Kellyanne Conway said of her husband in her statement. "Our four children are teens and 'tweens starting a new academic year, in middle school and high school, remotely from home for at least a few months. As millions of parents nationwide know, kids 'doing school from home' requires a level of attention and vigilance that is as unusual as this time."

Conway, who is scheduled to speak at the Republican National Convention this week, said it was "completely" her choice to exit the White House.

"For now, and for my beloved children, it will be less drama, more mama," she wrote.

With George Conway increasingly vocal in his criticism of Trump, the Conways engaged in a media circus for years. Kellyanne Conway hit back at her husband as she loyally defended the president on issues like the administration's family separation policy. Meanwhile, the couple's 15-year-old daughter, Claudia Conway, has grown a social media following of her own, frequently posting TikTok videos and tweets criticizing the president and her parents.

The Conways' decision this weekend came after Claudia Conway said she was "devastated" that her mom planned to speak at the GOP convention and "officially pushing for emancipation" from her family.

While her mother's job allegedly "ruined" her life, Claudia Conway said she was not "getting emancipated" because of it.

"It is because of years of childhood trauma and abuse," she claimed.

"Look what I did! Look at what I did, ladies and gentlemen," she said in a TikTok video.

In another video showing her father's tweet, she wrote, "the power that i hold. i - they think this is gonna stop me from getting emancipated?"

In a since-deleted TikTok video, the teen alleged that her dad "physically abused me a lot," while her mom "is very physically abusive."

The Conways have long been the subject of media fascination ever since George Conway, who interviewed for a top job at the Department of Justice early in Trump's presidency, became a leading critic of his wife's boss.

Trump recently called the Lincoln Project as a band of "LOSERS."

"I don't know what Kellyanne did to her deranged loser of a husband, Moonface, but it must have been really bad," he tweeted in May.

Kellyanne Conway told The Washington Post in 2018 that she found her husband's criticism "disrespectful."

"It's a violation of basic decency, certainly, if not marital vows," she told the outlet, before trying to take the comment off the record.

Kellyanne Conway anticipated playing a "significant role" in Trump's campaign, according to The Washington Post. Last week, senior advisers reportedly last urged her to stay on after a leave of absence, but she decided to step away.

Conway was accused of violating the Hatch Act, which prohibits federal employees from engaging in political activity, dozens of times. In 2018, the Office of Special Counsel said Conway had violated the federal law on two occasions, but the White House dismissed the findings.

"He says he's for the little guy," she said in one 2016 interview, "but he's actually built a lot of his businesses on the backs of the little guy."