The "Never Trump" group pumps big bucks into ads to troll one person: the president. Are others getting on board? 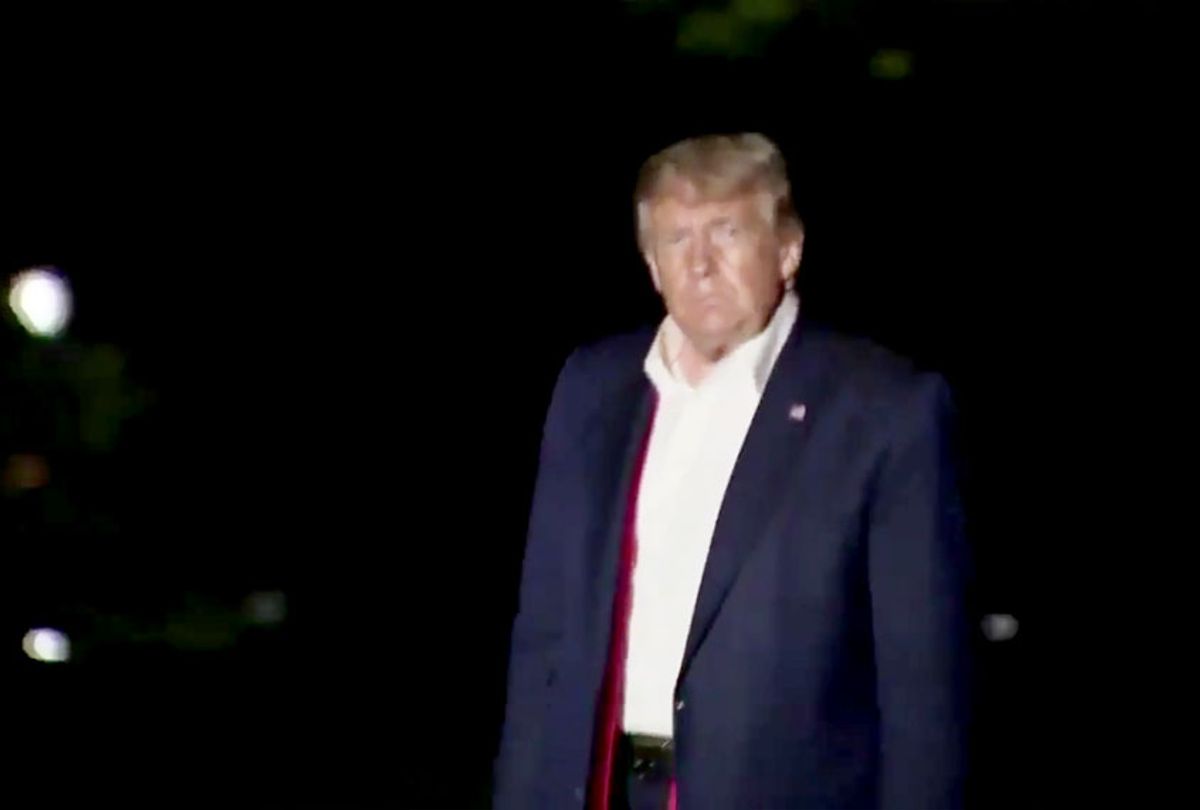 The Lincoln Project — which boasts a slate of veteran GOP political strategists that includes Steve Schmidt, John Weaver, Jennifer Horn and George Conway, the husband of counselor to the president Kellyanne Conway — has in recent weeks released a series of ads skewering the Republican elected officials whom they view as subservient allies to Trump. Among the names on the list are: Sens. Susan Collins of Maine, Joni Ernst of Iowa and Mitch McConnell of Kentucky, the majority leader.

While those spots criticize their targets broadly over allegations of corruption, hypocrisy and neglect of their constituents, the ads targeting Trump — which often air in Washington and Florida (home of the "Winter White House") during the president's favorite Fox News shows — appear tailored to an audience of one. Ads have needled famed presidential sensitivities, including allegations of draft dodging during the Vietnam War and the crowd size at his inauguration.

Even as attack ads go, it is a unique strategy: taking aim at a president's personal insecurities in an effort to get under his skin. In any other presidency, it might have been booed off the stage.

But, the group points out, Trump is a unique president.

"These simple messages affect his psyche, because Donald Trump's self-grandiosity means simple truth-telling inflicts a brutal narcissistic injury," he added. "It's like holding up a mirror: the undeniable ugliness of reality shatters his fantasy in which he prefers to live."

Former White House communications director Anthony Scaramucci, who is not an official member of the group but supports them and has raised funds, made a similar observation.

"Underneath it all is a terrific insecurity," he told Salon. "You can be so insecure sometimes that you can't even admit you're human."

The Lincoln Project has demonstrated a rapid-response capability, such as a spot this weekend calling the president out for the noticeably empty seats at his "comeback" rally in Tulsa.

The group went for the jugular last week, dropping a controversial rapid-response ad titled, "Trump is not well." The spot seemed designed to exploit the president's obsessive defense of behavior during his West Point commencement address, which struck many onlookers as bizarre.

The ad opens with a woman intoning in a conspiratorial voice, "Something's wrong with Donald Trump." It then rolls through a montage of Trump in apparently addled moments — seemingly having difficulty drinking a glass of water and walking down a ramp from the stage. The cut lingers on an older shot of the president as he climbs the stairs to Air Force One, a flag of what appears to be toilet paper flying from his shoe.

The ad calls Trump "shaky" and "weak," and claims that the president "has trouble speaking, trouble walking." The narrator wonders why reporters who cover the media-obsessed president "pretend they can't see Trump's decline" and neglected to give due attention to Trump's "secretive midnight run to Walter Reed Medical Center."

"It's time we talk about this," the narrator concludes. "Trump is not well."

Critics of the ad argue that amateur diagnoses have a negative impact on the disabled.

"Every single professional with a disability I know has been questioned privately and publicly about whether their 'condition' hinders their ability to do their job," Rebecca Cokley, director of the Disability Justice Initiative at the liberal Center for American Progress, wrote in a recent op-ed for The Washington Post.

Someone's ability to "use a ramp or drink from a glass of water has no bearing on whether someone can fulfill the essential functions of a job," she said, adding that critics should focus on Trump's actions as president.

"The ableism that pervades society makes it easy to argue that someone is a failure because they're disabled — not because they're evil, unethical and unqualified," she continued.

The Lincoln Project contends that it is indeed challenging Trump on substantive grounds.

"We want to showcase the danger and devastating consequences of his unfitness," Steslow said. "Especially in the interest of national security and public health."

The group predicts that the notoriously thin-skinned Trump will rise to the bait and call attention to his consequential failings.

"When Trump reacts to these ads, as he often cannot resist, he only amplifies the message of his own unfitness," Steslow said.

"When the reptile brain of the 'one' feels threatened, or fearful or wants to attack, the entire organism that is the reptile reacts, slowing down response rates and attacking us versus going after Vice President Biden," he said.

In that regard, Trump appears to have come through. In response to a May ad trashing the president for his self-obsessed response to the coronavirus pandemic, Trump fired off a series of midnight tweets calling the Lincoln Project "LOSERS" and a "disgrace." The ad subsequently went viral.

The Lincoln Project itself has benefited from media earned from Trump's Twitter megaphone. Though the group reportedly bootstrapped its efforts at the outset, money is no longer a problem.

"Donald Trump has boosted our fundraising tremendously, which we're turning back on him and his enablers," Weaver said.

The range of ads, the group says, have several targets — suburban Republican women and men chief among them — though they also speak to independents (the Susan Collins ad) and rural voters (McConnell).

"I could care less if I'm under his skin," Scaramucci, whose remarks about Trump's mental state last summer drew roaring backlash from the president's Twitter account, said.

Scaramucci plans to hit the road to campaign against Trump, with a focus on the Lincoln Project's key demographic: white voters in battleground states such as Michigan and Pennsylvania.

"Depending on the virus, I'll be up there for several weeks," he said. "Probably mid-September through the election."

A spate of polls in recent weeks shows Trump consistently trailing presumptive Democratic nominee Joe Biden by double digits — most troublingly for Trump in the swing states which put him over the top by a hair in 2016.

"Our mission is Trump's worst nightmare: to get Republicans to turn against him," Steslow said. "And it's happening."