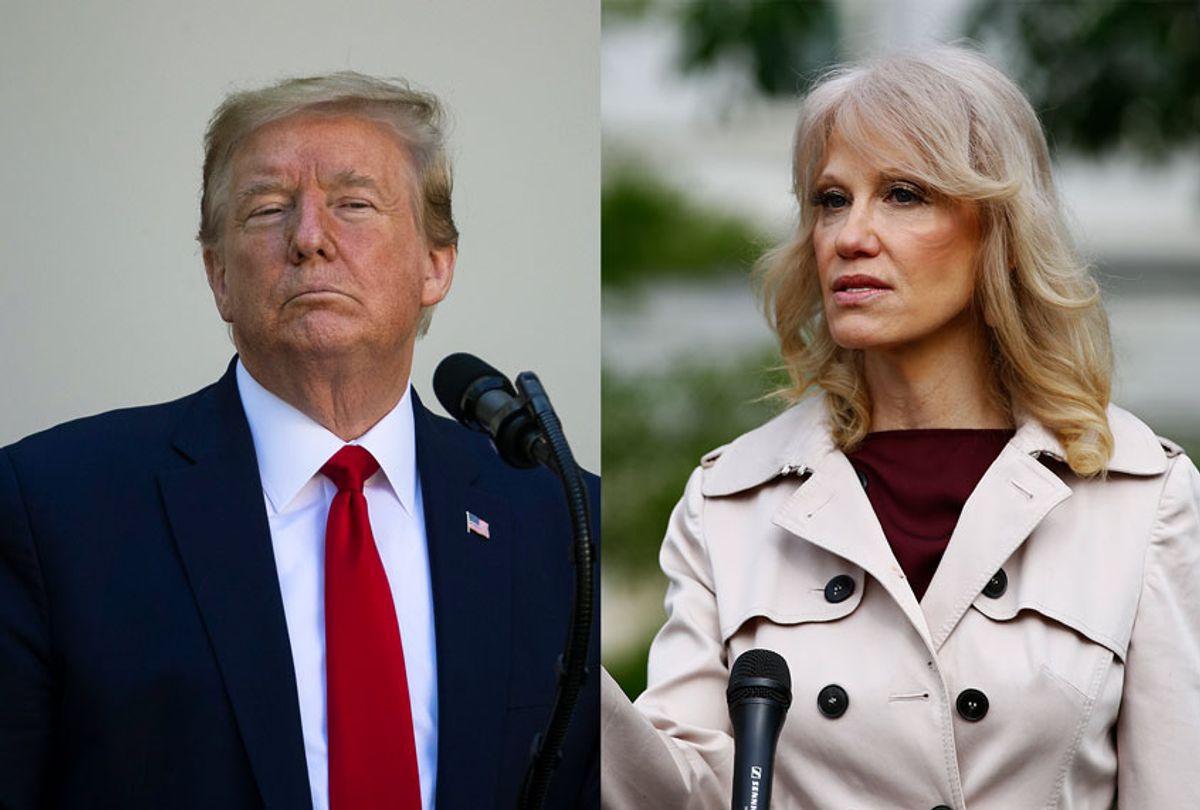 Kellyanne Conway, who serves as a White House counselor to the president, denounced the members of a conservative anti-Trump group co-founded by her husband as failures during a Thursday appearance on Fox News.

Conway told Fox News host Harris Faulkner that the group of strategists and consultants who run the Lincoln Project "never achieved what I achieved, which is success as a presidential campaign manager. They all failed."

She disagreed with a disclaimer by Faulkner that her line of questioning was unrelated to the identity of her husband, saying that it "certainly" was about him or "you would've quoted other people in the group."

George Conway commented on Trump's response to a recent Lincoln Project ad titled, "Mourning in America," which blamed the president for insufficiently responding to the coronavirus pandemic in a Washington Post editorial published Wednesday. After calling out Trump for referring to members of the Lincoln Project as "loser types" who were "a disgrace to Honest Abe," George Conway claimed that Trump "fears the truth. He fears being revealed for what he truly is. Extreme narcissists exaggerate their achievements and talents, and so Trump has spent his life building up a false image of himself — not just for others, but for himself, to protect his deeply fragile ego."

An April ad from the Lincoln Project argued that Trump "just didn't care" about the coronavirus pandemic and instead spent his time at "campaign rallies and golfing." George Conway refuted the Republican claim that Trump was too distracted by impeachment to respond to the pandemic in March by noting, "Look at the calendar. The impeachment trial ended on Feb. 5. In reality, it was over before it even started, thanks in large part to McConnell. The only drama was about whether there'd be any witnesses — and that ended on Jan. 31, when the Senate voted not to hear testimony. That left plenty of time to deal with the virus."

Two months earlier, the Lincoln Project took out an ad against Sen. Susan Collins, R-Maine., which claimed that her support for a Trump ally, Senate Majority Leader Mitch McConnell, R-Ky., showed that she is "there to support corruption and loyalty to a political party." George Conway has also contributed to the campaign of former Vice President Joe Biden, the presumptive Democratic nominee for president.

Trump implemented a number of policies which critics claim to have weakened America's ability to respond to the coronavirus outbreak, including disbanding a National Security Council pandemic panel praised by experts, advocating for major budget cuts to the Centers for Disease Control and failing to provide Americans with accurate scientific information.

"He should have been warning us it was coming," Dr. William Haseltine, a biologist renowned for his work in confronting the HIV/AIDS epidemic, for fighting anthrax and for advancing our knowledge of the human genome, told Salon in March. "He should have been preparing by stockpiling all the necessary equipment. But even today we're not doing what we should do. Let me put it that way. What we should be doing is contact tracing [identifying people who may have come in contact with infected patients] and having mandatory quarantines for everybody who's been exposed. And quarantining not at home, but in hotel rooms, single occupancy hotel rooms."

You can watch the full clip below via Fox News: