Heated Massachusetts Senate primary: A progressive vs. establishment matchup unlike any other 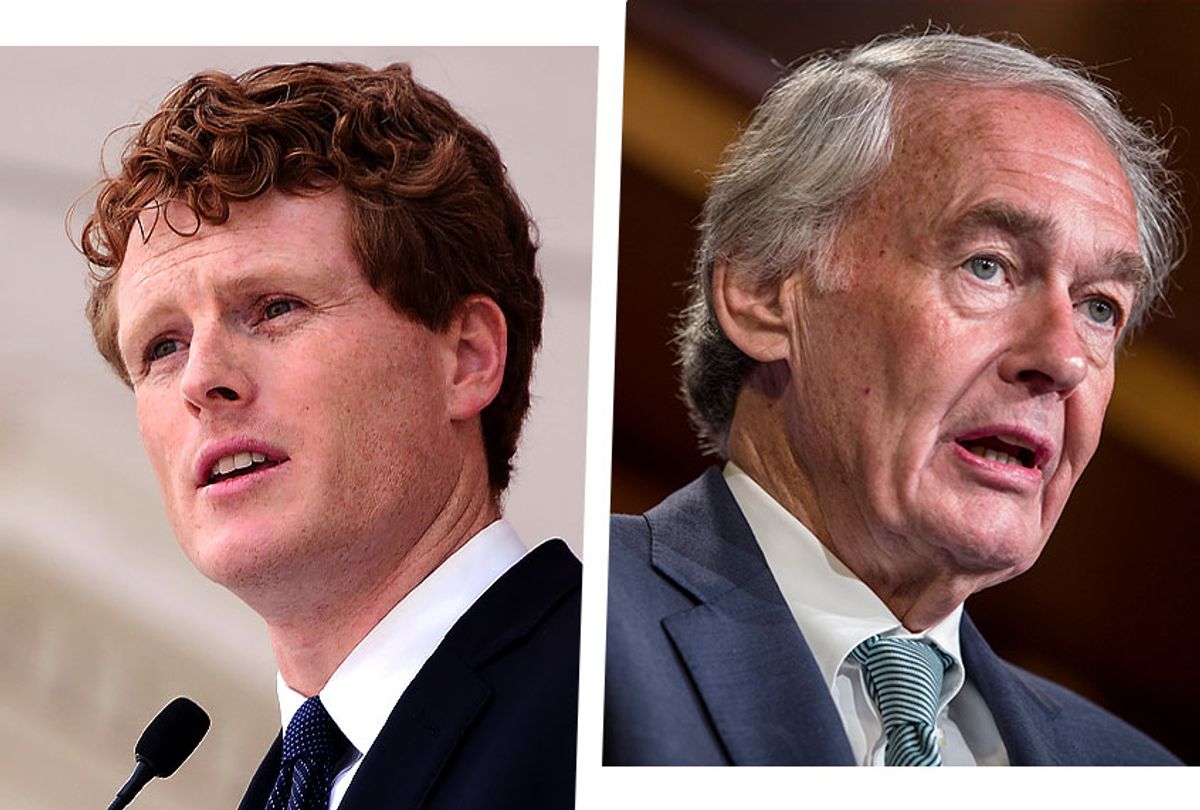 Tuesday's Massachusetts Democratic primary is the latest test for progressives facing establishment Democrats in what should be the final electoral battle in the the 2020 intra-party factional conflict.

Kennedy, who is the grandson of former Sen. Robert F. Kennedy and the great-nephew of both uncles former President John F. Kennedy and the late Sen. Ted Kennedy, drew the backing of House Speaker Nancy Pelosi, the late Rep. John Lewis, D-Ga., and Rep. Joaquin Castro, D-Texas, head of the Congressional Hispanic Caucus.

Kennedy is one of the wealthiest members of Congress, thanks to millions in stocks in fossil fuel companies and other large corporations, and has been forced to repeatedly explain why he is challenging an ideologically-similar and popular senator who has been in Congress since 1973. Though Kennedy has not been considered a moderate in the House (and is a member of the Congressional Progressive Caucus), progressive groups have overwhelmingly rallied around Markey, who is seen as a longtime ally.

Markey co-authored the Green New Deal plan with Rep. Alexandria Ocasio-Cortez, D-N.Y. and drew the freshman congresswoman's coveted endorsement. He's also been endorsed by the other Massachusetts senator, Elizabeth Warren — who was once Kennedy's professor at Harvard Law School — and by top progressive groups Our Revolution and the Sunrise Movement.

While Kennedy held a lead after initially declaring his candidacy — likely because he has the most famous surname in Massachusetts political history — the race has tightened in recent months. Latest polls have shown Markey pulling ahead by an average of 10 points.

The other highly-watched race in the Bay State features a contest more akin to the progressive-establishment matchups seen across the country, with 31-year-old Alex Morse, the openly gay mayor of the working-class city of Holyoke, taking on 16-term incumbent Rep. Richard Neal, who as chairman of the Ways and Means Committee is a powerful figure in House leadership.

The race drew national headlines when Morse was accused of sexual misconduct in what appears to have been a political hit job. Morse denied that he ever had any "non-consensual sexual encounter" but acknowledged that he'd had consensual relationships with students at the University of Massachusetts Amherst. The Intercept later reported that the leaders of the College Democrats of Massachusetts, who brought the allegation, plotted the scandal to win favor with Neal.

Neal's campaign denied it was involved in the plot, though The Intercept reported that state party leaders may have taken part in the effort.

It appears that this attempt to smear Morse and the ensuing homophobic backlash may have helped him. Morse experienced a fundraising boost and has said internal polling showed him surging to within five points of the longtime incumbent. Having observed what befell Engel and Clay in primaries this year Neal has spent more than four times as much as Morse during the primary campaign.

Morse supports Medicare for All and the Green New Deal and has drawn the backing of Ocasio-Cortez, Jamaal Bowman (the New York progressive who beat Engel) and former presidential candidate Andrew Yang. He has also earned the endorsements of the Sunrise Movement, Our Revolution, and the Justice Democrats.

Morse and his supporters have criticized Neal as "corporate America's favorite Democrat," noting that no other Democrat has raised more money from corporate PACs.

Neal, who drew the endorsements of top unions in the state and even Gov. Charlie Baker, a Republican, has sought to downplay his corporate donations.

"If you contribute to my campaign you buy into my agenda," he said. "I'm not buying into yours."

The race to replace Kennedy in the House has also shaped up to be a wild affair, with seven Democrats facing off in one of the most expensive races this year. Five of the Democrats have raised more than $1 million. The frontrunners include Newton City Councilor Becky Grossman, who has led in some internal polls, Alan Khazei, a Bain Capital-backed Democrat who has outraised the competition, and Newtown City Councilor Jake Auchincloss, a Marine veteran who drew the endorsement of The Boston Globe. The race also features Ihssane Leckey, a candidate backed by Rep. Ilhan Omar, D-Minn., who has poured $1 million of her own money into the race, and former Brookline Select Board member Jesse Mermell, who is backed by Rep. Ayanna Pressley, D-Mass.

Another race featuring a progressive-establishment matchup is in the state's 8th congressional district, where incumbent Rep. Stephen Lynch has been massively outraised by progressive challenger Robbie Goldstein, a physician. Lynch has more than $1 million from previous fundraising but spent little on ads in the race. An internal poll released by Goldstein last month showed him within seven points of the incumbent.

With Ocasio-Cortez backing Markey and Morse while Pelosi is backing Kennedy and Neal, the Massachusetts primary is clearly one front in the bigger battle between insurgent progressives and the Washington Democratic establishment.

"No one gets to complain about primary challenges again," Ocasio-Cortez tweeted after Pelosi endorsed Kennedy against Markey, a highly unusual intervention by the House speaker against an incumbent senator from her own party.

AOC later starred in an ad for Markey's campaign.

"When it comes to progressive leadership, it's not your age that counts," she said in the ad. "It's the age of your ideas."