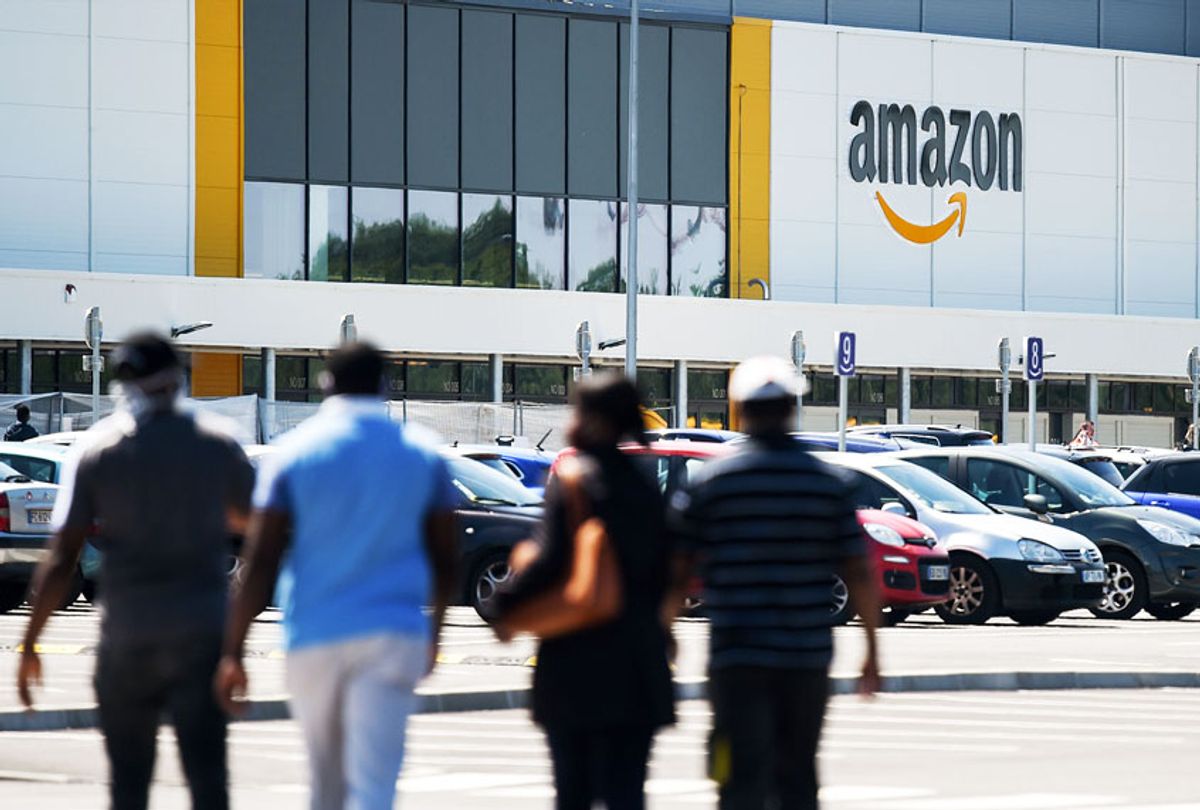 A new research paper accuses Amazon of spying on its employees in order to thwart potential unionization efforts — a characterization that aligns with the corporation's recently-posted job opening for a pair of intelligence analysts to monitor "labor organizing threats" among its employees.

The research paper, which was written by an anti-monopolist research and advocacy group called the Open Markets Institute, found that Amazon uses analytics to try to catch workers before they can unionize. As one example, Open Markets describes how the company uses demographic and socioeconomic data points to figure out which Whole Foods stores (which the company owns) are at risk of unionizing, something that had been alluded to in previous reports. Open Markets writes that Amazon does so by studying data which includes the number of families below the poverty line and how diverse the staff is. It also claims that Amazon has created a "heat map" so that management can better assess who might unionize and uses security cameras to spread out workers who are potentially discussing unionizing activity.

The report also accuses Amazon of exploiting COVID-19 in order to thwart potential labor organizers. Although the company has a policy of requiring all employees to social distance by at least six feet, Open Markets claims that the managers frequently violate this policy and that only organizing leaders are given warnings or terminated.

Such an incident — in which an organizing leader was terminated for purportedly violating COVID-related safety rules — is purported to have happened earlier this year, when the company fired an African American warehouse worker in Staten Island named Christian Smalls who protested health conditions at the facility where he worked. The company later reached out to Salon to say that it had terminated Smalls because he was "putting the health and safety of others at risk," although Smalls' attempts at unionizing were motivated by a desire to protect his own health and those of his colleagues. After he lost his job, Amazon initially planned on smearing Smalls by characterizing him as "the face of the entire union/organizing movement" and as "not smart, or articulate." New York City Mayor Bill de Blasio asked New York City's human rights commissioner to investigate Smalls' firing.

In the report, Open Markets advocates that Congress should ban many of Amazon's surveillance practices, allow independent contractors to unionize, legalize solidarity actions like secondary boycotts and "reinvigorate" antitrust enforcement so that companies like Amazon will not be able to exert such power over the marketplace and, by extension, their own employees.

"As we show in our report, dominant employers such as Amazon continue to implement ever more invasive means to surveil their employees," Open Markets writes. "Employers should face a heavy regulatory burden to implement worker surveillance. Unless substantial evidence proves otherwise, the presumption should be that surveillance interferes with a worker's right to privacy, right to mental and physical health, and right to organize."

Meanwhile, the company recently posted a pair of job listings for an "Intelligence Analyst" and a "Sr [Senior] Intelligence Analyst" to work for its Global Security Operations' (GSO) Global Intelligence Program (GIP), according to Vice. Although the now-deleted postings list a number of responsibilities for the positions, their focus seems to be thwarting unionizing. In the post for "Intelligence Analyst," for example, Amazon wrote that analysts need to be able to inform attorney stakeholders about "sensitive topics that are highly confidential, including labor organizing threats against the company, establish and track funding and activities connected to corporate campaigns (internal and external) against Amazon, and provide sophisticated analysis on these topics."

In response to Salon, an Amazon spokeswoman denied the surveillance/performance metric claims and claimed that the job post described by Vice were "was not an accurate description of the role – it was made in error and has since been corrected."