David Graeber, author of "Debt" who coined the term "bullsh*t jobs," dies at 59 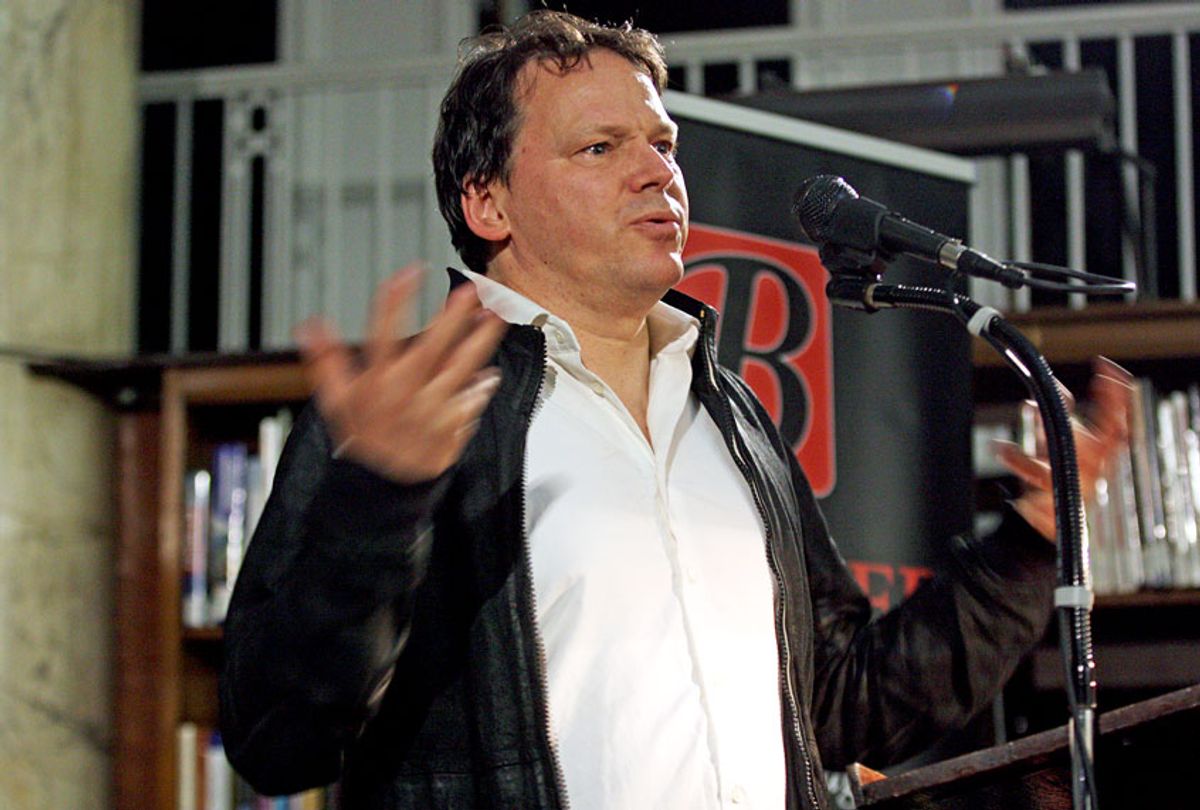 The anthropologist David Graeber speaking at The Baffler presents "No Future for You: David Graeber versus Peter Thiel" at General Society of Mechanics and Tradesmen on Friday night, September 19, 2014. (Hiroyuki Ito/Getty Images)
--

David Graeber, an American anthropologist and anarchist best known for authoring popular and accessible books about economic justice, passed away on Wednesday at the age of 59.

The news of Graeber's passing — which was announced by his widow, the artist and writer Nika Dubrovksy, over Twitter — has shaken academics, readers and activists around the world. Although the cause of Graeber's death has not been announced at the time of this writing, Dubrovsky tweeted that he died at a hospital in Venice.

"Shocked to hear that David Graeber has passed away, one of the greatest thinkers of our time. And a phenomenal writer." historian Rutger Bregman, author of "Utopia for Realists" and "Humankind," tweeted on Thursday.

His sentiments were echoed by Labour MP Jeremy Corbyn, who tweeted in reply to Dubrovsky: "So very sorry sorry. David was such an inspiration and believer in the kind of world we must become. Nika, solidarity and love! Jeremy"

Richard D. Wolff, Professor of Economics Emeritus from the University of Massachusetts, Amherst, told Salon by email that "David Graeber did original work carrying forward the tradition of thinking critically about capitalism and advocating for a better system. That tradition is now a fast-growing group of US academics breaking out of the Cold War legacies that still hobble so much work in the social sciences."

Graeber's history of challenging the economic status quo can be traced back to his parents. Born in 1961 to a father who fought with the Communists in the Spanish Civil War and to a mother who was a member of the international Ladies' Garment Workers' Union, Graeber began his career as an anthropologist, studying at SUNY-Purchase and the University of Chicago before doing two years of anthropological fieldwork in Madagascar on a Fulbright fellowship and teaching at Yale University.

Yet Graeber's passion for economic justice never left him; indeed, he suspected that Yale's decision to not renew his contract one year before he would have received tenure was motivated by a distrust of his politics. The anthropologist eventually was hired by the London School of Economics, where he would become one of the prestigious institution's most esteemed intellectuals.

It was not until 2011, however, that Graeber achieved celebrity status, when his book "Debt: The First 5000 Years" was published. Graeber traced the history of debt as an idea back to the ancient civilization of Sumer, claiming to demonstrate in the process that debt likely preceded the existence of either money or barter as a common method for people to trade goods and services. His underlying argument was that, while at first money was exchanged and debt incurred simply as a way for people to forge bonds and indicate favors owed, society was corrupted when money became the lifeblood of societies and commercial transactions became tonally hierarchical rather than communal. These developments led to the current global economy, one in which debts are enforced through violence (usually implemented by the state) and in which supposedly "free" markets are directly linked to economic exploitation and social injustice. Graeber also praised what he described as "everyday communism," or economic systems like those in certain ancient civilizations in which people act on basic empathetic impulses out of both self-interest and a sense of larger social obligation.

At the same time that "Debt" became a hit, Graeber also attracted international attention as one of the organizers of Occupy Wall Street. He is perhaps best known for helping to develop the famous Occupy Wall Street slogan, "We are the 99 percent." He elaborated on the Occupy Wall Street ideology in a 2014 interview with Salon:

I'm thinking of a labor movement, but one very different than the kind we've already seen. A labor movement that manages to finally ditch all traces of the ideology that says that work is a value in itself, but rather redefines labor as caring for other people. I think we saw the first stirrings of that kind of movement during Occupy. I remember being particularly struck with the "We are the 99%" web page—this was a page where people who supported the movement, but were mostly too busy to actually take part in the occupations or assemblies, could contribute by posting pictures of themselves holding up signs where they'd written out their life situation. Demographically it was a very telling. Maybe 80% of them were women. And even those who were men were mostly in caring professions: health care, social services, education. And the complaints were surprisingly uniform: basically they were all saying, "I want to do something with my life that actually benefits others; but if I go into a line of work where I care for other people, they pay me so little, and they put so much in debt, that I can't even take care of my own family! This is ridiculous!"

Four years later Graeber published his next hit book, "The Utopia of Rules: On Technology, Stupidity, and the Secret Joys of Bureaucracy." Extending the idea from "Debt" that modern class structures are reinforced through violence, Graeber analyzed the history of bureaucratic thinking — tracing its modern incarnation to the Enlightenment, with its emphasis on rational thoughts and mathematics — and argued that wealthy countries today are dominated by public and private bureaucracies. These bureaucracies primarily serve financial interests like those on Wall Street, Graeber argued, and he called for Americans to actively oppose bureaucratic ways of thinking and instead embrace approaches that encourage creative and compassion.

His last book, "Bullshit Jobs: A Theory," was published in 2018. In it, Graeber coined the term "bullshit job" to define the class of job that constituted "a form of paid employment that is so completely pointless, unnecessary, or pernicious that even the employee cannot justify its existence even though, as part of the conditions of employment, the employee feels obliged to pretend that this is not the case."

Salon's Erin Keane wrote a positive review of "Bullshit Jobs," calling it "nothing short of essential reading for anyone embarking on a career search in 2018." Keane praised Graeber's ability to "break [down] of the roots of resentments between types of workers . . . an illuminating distinction he draws around the politically polarizing, so-called 'elite' professions."