In contrast, those from lower social classes were far better at perceiving others' emotions 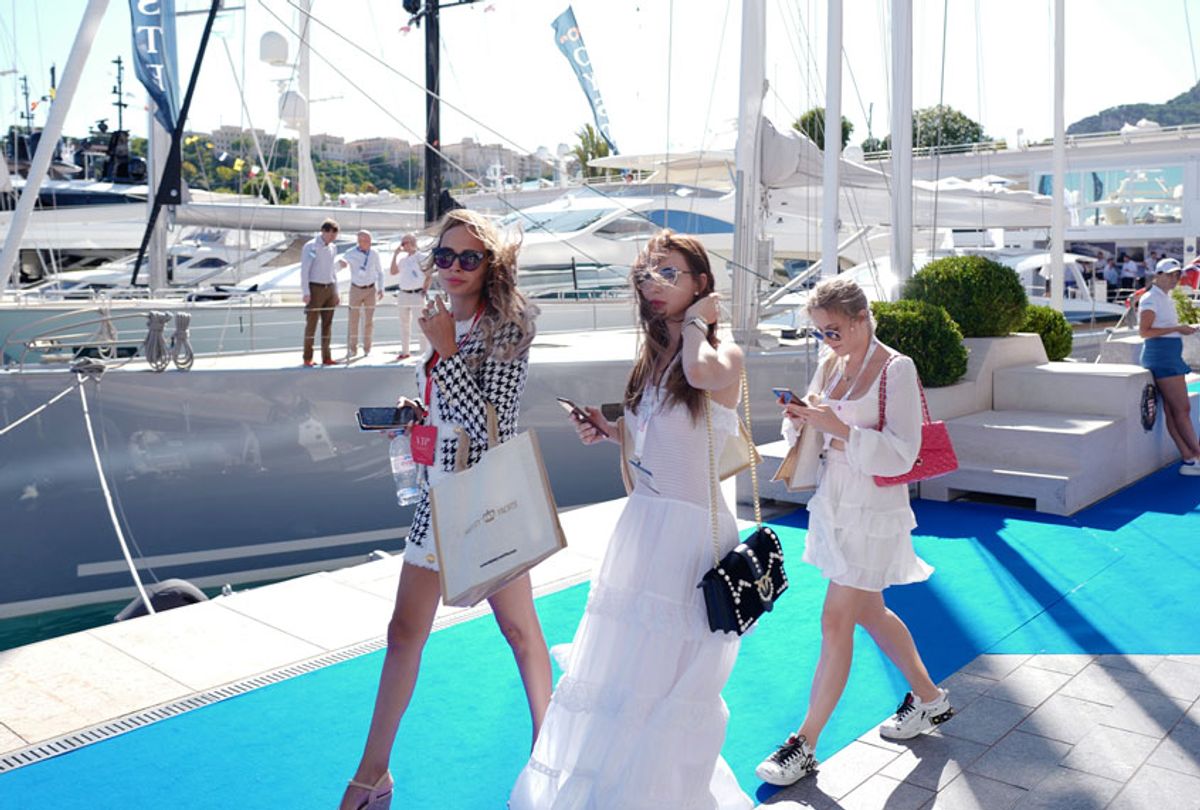 People walk by yachts moored at the Hercules Port in Monaco on September 25, 2019 during the 28th edition of the International Monaco Yacht Show. - The Monaco Yacht Show is considered the most prestigious pleasure boat show in the world with the exhibition of 500 major companies in luxury yachting and featuring over a hundred super and megayachts. (VALERY HACHE/AFP via Getty Images)
--

A new study reveals that people from higher income backgrounds struggle with certain aspects of empathy when compared to individuals who have lower incomes, who are better at reading people's emotions.

The research paper, which was published in the "Personality and Social Psychology Bulletin," asked individuals from different class backgrounds to infer others' emotional states by looking at images of their eyes and to attempt to assume the visual perspective of other people.

The findings suggest that our socioeconomic status may affect the way we see and interact with other people.

Researchers know that there are many things can make it difficult for one person to effectively empathize with another, including neurological conditions like autism and psychological illnesses like schizophrenia. In their study, researchers Pia Dietze of the University of California, Irvine and Eric D. Knowles of New York University attempted to better understand how social class specifically influences Theory of Mind.

"[Theory of Mind] encompasses a range of competencies that together enable people to solve problems in a world full of other minds," the authors explain. "Examples of ToM include our ability to infer people's emotions, understand others' visual perspectives, trace behavior to actors' underlying intentions and desires, and grasp the fact that others' beliefs might misportray reality.  We focus on two facets of [Theory of Mind] in this work: emotion perception and visual perspective taking."

The authors concluded, both from their research and by analyzing previous research (some of which they felt was unreliable), that "higher social class is associated with attenuated [theory of mind] performance," with individuals from higher income backgrounds struggling more to ascertain the emotions and empathize with the visual points of view of other people. One possible explanation for this is that "lower-class individuals—owing to their greater levels of cultural interdependence—may appraise other human beings as more relevant to their goals and well-being than do higher-class individuals." This would also help people from lower classes to "spontaneously calculate other people's perspectives."

Dietze and Knowles also point out that their conclusion "stands in clear contrast to the common discourse concerning neurocognitive deficits among the lower classes." They also note that "decades of research documents that lower-class individuals are more likely to exhibit attentional deficits and display impaired working-memory performance. The evidence provided here suggests that these deficits may be domain-specific. Indeed, we show that lower-class performance outcomes are reversed in the social realm." The term "domain-specific" refers to the theory of learning which holds that there are multiple forms of intelligence rather than a single way to assess where one has cognitive strengths and/or weaknesses.

This is not the only new research which sheds light on how being wealthy can lead to harmful psychological behaviors and personal habits. In July a different study in the Journal of Personality and Social Psychology found that individuals from affluent backgrounds would often deny their class privilege by "increasing their claims of personal hardships and hard work, to cover [their] privilege in a veneer of meritocracy."

"Flying in the face of meritocratic prescriptions, evidence of privilege threatens recipients' self-regard by calling into question whether they deserve their successes," the authors wrote in their study. "Evidence of class privilege demonstrates that many life outcomes are determined by factors not attributable to individuals' efforts alone, but are caused in part by systemic inequities that privilege some over others."

Another study, this one published in June in the journal Nature Communications, argued that the consumption patterns of the affluent are so egregiously unsustainable from an ecological standpoint that only a concerted effort by the wealthy to consume less can prevent catastrophes like global warming, pollution and biodiversity loss.