John Lennon and Yoko Ono's return to the studio: The story of their iconic Hit Factory photo 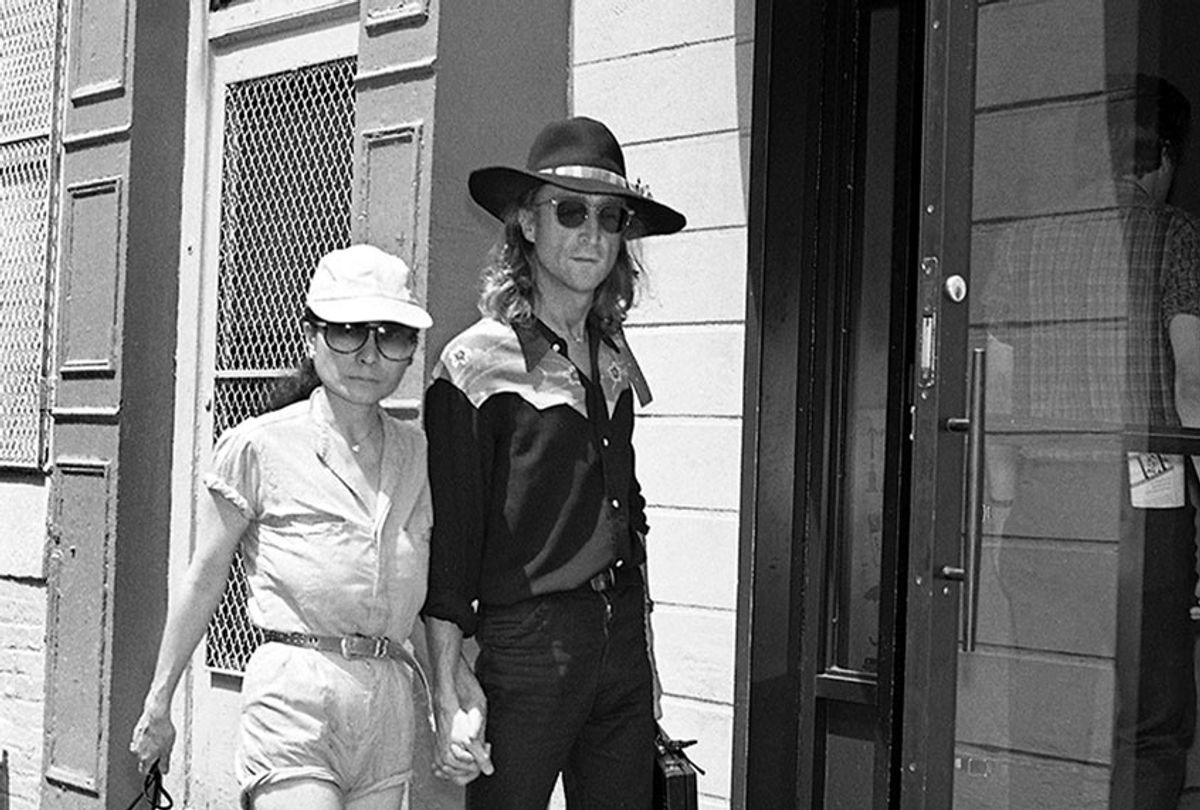 For John Lennon and Yoko Ono's "Double Fantasy," the big day finally arrived on Thursday, August 7, 1980. John had not recorded any new original music at a professional recording studio since July 1974, when he began working on his "Walls and Bridges" LP at the Record Plant. Recognizing the historic nature of the moment, Yoko had retained a Boston publicity agent, Charles J. Cohen, to capture the couple's triumphant return to the recording studio on that hot August day.

To mark the occasion, Cohen dispatched photographer Roger Farrington to meet the Lennons at the Dakota and accompany them to the Hit Factory. "My job," Farrington recalled, "was to get one photo of them to document their return to the music business." When he arrived that afternoon, Farrington was instructed to wait in a room outside Yoko's Studio One office.

For his part, Farrington was nervous, having not received much in the way of instructions for carrying out the photo shoot that day. Dressed in a summer suit, he was perspiring slightly when John entered the room, wearing a black cowboy outfit that included an embroidered shirt and wide-brimmed hat. In his hand was a black attaché case.

Moments later, Farrington and the Lennons made their way through the Dakota's porte-cochère and onto the sidewalk that fronted the building on West 72nd Street. Farrington jockeyed for position in front of the couple so that he could document the occasion. Standing nearby was New Jersey native Paul Goresh. With his ever-present Minolta XG1, he captured a shot of the couple exiting the archway, with John's eyes fixed squarely on the portly fan.

Farrington was surprised by the number of bystanders who had gathered outside the archway. As he recalled, "I remember hearing voices right behind and next to me as I clicked and backpedaled out of the entry tunnel and onto the sidewalk. I heard a woman say, 'Oh wow! That's John Lennon.' . . . I remember thinking, 'this crowd is wrecking my shots.'" Farrington would later recall feeling vulnerable as the crowd bunched up behind him, desperately attempting to catch a glimpse of the former Beatle.

After they made the short trip to the Hit Factory, Farrington hopped out onto West 48th Street so that he could photograph John and Yoko as they made their way towards the building's entrance. Of the 31 shots he captured that day, Farrington believed that Yoko would most likely select the photo of the Lennons entering the Hit Factory just below the studio's awning. After taking the elevator with John and Yoko to the private sixth-floor studio, Farrington snapped several pictures in front of the studio's elaborate logo. "Are we doing PR for the Hit Factory?" John joked.

Inside the studio, Farrington followed John into the control booth, where he carefully opened up the attaché case, only to discover that he had unclasped it upside down, nearly spilling reams of sheet music onto the floor. After he righted himself, he carefully removed a photograph of his five-year-old son Sean, which he affixed inside the control booth above the mixing desk. As John later recalled in an RKO Radio interview, "I was guilty all through the making of 'Double Fantasy.' We had his picture pinned in the studio 'cause I didn't want to lose contact with what I'd got. We had the picture up there all the time in between the speakers so whenever you're checking the stereo, he was looking at me all the time."

As the musicians began to arrive, Farrington realized his assignment was over, that it was time to hurry back to Boston, develop the photographs, and meet his deadline with Cohen. Before he took his leave, Yoko paused to offer him lodging that night at the Dakota, although he politely declined, knowing he had to make his flight that afternoon at LaGuardia Airport.

Within a week, Farrington's prediction would come true. Yoko and the publicity agent had selected the photo of the Lennons standing below the awning of the Hit Factory's 48th Street entrance. United Press International carried the press release, which announced the couple's return to studio recording. In addition to reporting that "a label has not yet been selected, but a release date is set for early fall," the press statement added that "the musicians are all excited over the new Lennon material," which "is the best of Lennon to date."

For Beatles fans, Farrington's photograph and the accompanying press release set off waves of expectation. As was his wont, John was working quickly in the studio. By September, the Lennons and producer Jack Douglas would be working feverishly to put the album to bed for a November release. John and Yoko were back.