Lamorne Morris shines in "Woke," which pokes at one man's dawning realization of systemic racism

Hulu's new comedy based on the life and work of Keith Knight has promise, but could be so much more 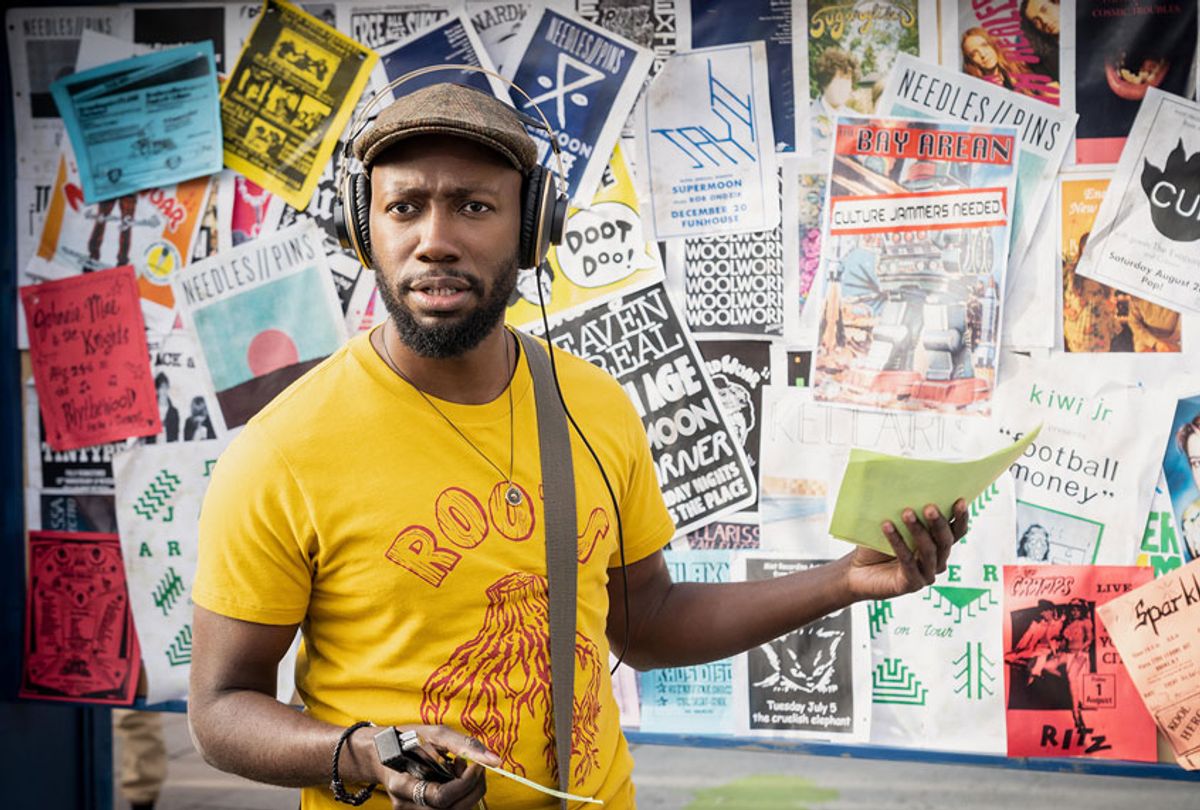 Hulu's "Woke" introduces Keef Knight (played by Lamorne Morris) on the verge of his launch to fame. His comic strip, heretofore a cult favorite that has only run in a few newspapers, is about to be nationally syndicated. He's scored a panel at a local fan convention. By all accounts he's on top of the world as he's stapling up a flyer to publicize his moment in the sun, which is precisely when he's surrounded by cops with guns drawn. One of them tackles him, pinning him to the sidewalk and yanking his wrists behind his back.

By now this part of the story should be familiar, because some version of it happens to Black folks all the time. The cops eventually realize they have the wrong guy and withdraw with nary an apology. Keef stands up and tries to walk it off – impossible. He heads to a local convenience store to buy a bottle of water . . . and that's when inanimate objects start talking to him.

Relatively underrepresented in the wider culture's developing conversations concerning systemic racism are series that effectively place the audience in the headspace of the Keefs of the world, a man who has bought into the dream of the world as it should be. Keef lives in San Francisco, a liberal mecca and a haven for the artistic.

He's also the kind of Black guy that white collar, college-educated white people think they know: that dude who has attained enough success and visibility to circulate in their social settings, who exudes enough affability for them to drop their shoulders a little around him and say thoughtless comments in stride. Because he knows what they're getting at, right? He's, you know, OK by them.

There's a lot about "Woke" that works because of the people in it, and the man who makes it, and not entirely due its execution, which begins a lot of conversations but doesn't pause or conclude them in ways that give the premise of the series its meaning.

The title itself is both provocative and ironic, particularly given that the series is inspired by the work of its co-creator Keith Knight, the artist behind "The Knight Life" and "The K Chronicles," the latter being the original home of his recurring series "Life's Little Victories" (and published weekly on this site until 2010). "The K Chronicles" in particular is the sort of strip tailored to tease out smiles or relate to the geeks in the audience; it's the kind of work that makes the outsider feel understood.

While Knight never shied away from delving into police brutality in his comics, Keef rises to success by committing to "keeping it light," as he puts it. (Even the title and subject of his work is the very definition of milquetoast.) The hard reality of being a Black man in a large American city crashes that outlook to the pavement and as one of the talking objects around him puts it, blasts open his third eye. Now he can't help but see the injustice around him and all the ways large and small that he willingly participates in its proliferation.

The very title of "Woke" is both a provocation and something of a punchline. People either claim it or hate it, and in some circles it's used pejoratively as an unseen metric of Blackness. The fact that the series goes there at all speaks to its willingness to spark conversation among those watching it.

Helpfully Morris infuses Keef with the same easy energy that served him so well in "New Girl," only here his addition of plausible, slow-simmering anger and confusion grants his portrayal the proper amount of weight as Keef struggles to keep it light . . . enough. My surest takeaway from "Woke" is that it proves Morris deserves to carry more series than he has until now. (He proved that long before this, in fact, with his electric, furiously upbeat performance in NatGeo's event series "Valley of the Boom.") As Keef's roommates Clovis and Gunther T. Murphy and Blake Anderson frame Morris' performance in being the standard issue likable, go-along-to-get-along schlubs, alternately encouraging Keef's version of budding militancy and reeling him in.

Maurice Marable's direction beautifully captures San Francisco as Keef sees it, both as a colorful idyll and at times, as claustrophobic, sweaty and blithely clueless. Keef's struggles to contend with the new surreality of his existence play well against the bright murals and urban glamour; further helping is the fact that some of the funniest comedy forces voice those objects, including JB Smoove as Keef's righteous pen, Nicole Byer as a 40-oz. bottle of malt liquor, and Cedric the Entertainer as a ticked-off trashcan.

Where "Woke" falls short is in showrunner Jay Dyer inadequately developing the ideas that constitute the titular concept. "Woke" is at its best when it poses questions about artistic integrity and whether Black artists, or creatives who identify as a member of any marginalized population, are obligated to inject social message or commentary into their art. There comes a point in the season when Keef simply can't underplay the traumatic impact of local law enforcement's assault on his consciousness, and that's where the show unbuttons its shirt to reveal the metaphorical "S" on its chest . . . but that happens in the seventh episode out of the eight-episode season.

Prior to this, Keef finds himself grappling with all of the irritants Black folks in white cities, particularly liberal ones, deal with on a regular basis – the smiling face of gentrification, the chilling nature of the gig economy, the quiet demands among his own people to be "woke" without truly getting any definition of what that is. Sasheer Zamata plays an interesting part in that respect as a journalist at a local alternatively weekly, eventually becoming the third Jiminy Cricket along with Clovis and Gunther.

Less explored, but dropped into this season nevertheless, is Keef's sudden rebound relationship with a white woman (played by Rose McIver) after breaking things off with his long-term Black girlfriend, and with little to no exploration of how that choice comes into play when it comes to the character's wokeness.

Perhaps the intent is for these definitions to be firmed up in the second season that "Woke" is angling for in the last scene of the finale. At the same time, how frustrating it is that the writers didn't take the opportunities presented by the episodes in front of them to effectively tease out these conversation pieces. Of course, as "Woke" announces at its start, Keef's story is merely "inspired by one experience [and] shared by many." That's exactly what makes it so relatable . . . and what leaves me wishing the creative forces behind it spent more time digging into the essential confusion and discomfort behind those questions. Instead, we get a brisk comedy that's alive with solid performances but stays too light in its opening season to make a truly indelible mark.

All eight episodes of "Woke" are currently streaming on Hulu.