Early voting is tremendously powerful. Here's one way we can protect its integrity

As many states expand early voting and mail-in voting, ranked choice voting is more important than ever 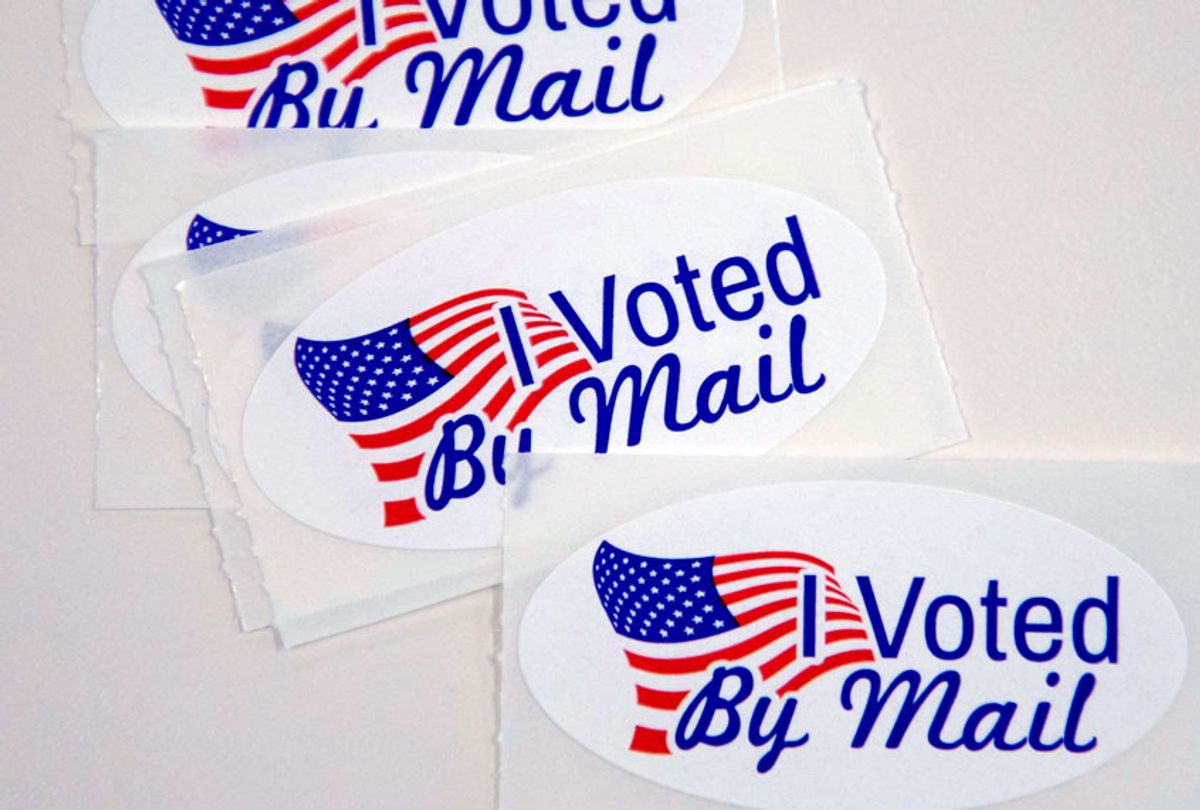 Stickers that read "I Voted By Mail" sit on a table waiting to be stuffed into envelopes by absentee ballot election workers at the Mecklenburg County Board of Elections office in Charlotte, NC on September 4, 2020 (LOGAN CYRUS/AFP via Getty Images))
--

Our democracy is built upon a very simple and sacred ideal: Every vote should be meaningful, and every vote must count.

That's why so many Americans are rightly horrified that 23 states rejected more than 530,000 absentee ballots during presidential primaries this spring, according to a Washington Post study, either because they arrived too late, because officials ruled that signatures did not match, or due to some form of voter error.

It has been heartening to see so many states working to develop protocols to contact voters before simply invalidating a ballot. Nevertheless, fear that our ballot will be discarded without our knowing, and that those votes could make the difference in a close election may still encourage some Americans to brave a pandemic and potentially long lines to vote in person on Election Day.

We're paying close attention to all the procedures around voting as Nov. 3 draws closer, and for good reason. As we begin to consider improvements and reforms, however, we should also think broadly about fixing all of the ways our voice can go unheard.

Consider this staggering statistic, also from this year's presidential primaries. More than 3.2 million Americans cast their vote this spring for a presidential candidate who dropped out between the time they voted and when they were tallied on Election Day. Think about that: You vote early, or vote by mail, only to have your candidate quit the race. You'd still like to choose between the remaining candidates. But there are no do-overs. You've been punished for voting early.

Those 530,000 uncounted ballots from the Post study are unacceptable. But there were more voters in California alone — more than 575,000 of them — whose vote went essentially uncounted because Pete Buttigieg, Amy Klobuchar, Julián Castro, Tom Steyer, Andrew Yang and others did not last until California's primary on March 3. Those voters were silenced, too.

All of them deserve some recourse. Nearly all of those voters would have voted differently and backed one of the remaining candidates if given the chance. Early voting is tremendous. But it needs to be protected. A FairVote study found that more than one in three Washington state primary voters who voted earliest cast their ballot for a withdrawn candidate. Of those who voted closest to the primary, that number dropped to just 6 percent.

Let's make sure all these votes count, too. We do this with ranked choice voting. Voters get the power to select their top choice, but rank as many backup candidates as they wish. to All the first round votes are tabulated and recorded, so your initial preference isn't lost. But if your candidate -- unbeknownst to you -- decides to depart or just runs poorly, your vote can shift automatically to a backup choice. You get the do-over.

Democratic parties in five states this year — Kansas, Wyoming, Nevada, Alaska and Hawaii — incorporated ranked choice voting into their primaries for the first time for this very reason. They wanted to give their voters the power of a caucus vote — in which voters can realign with a backup choice if their favorite falls short of winning delegates — without forcing them to spend hours on a one-off caucus that could be a long drive from their home. Polls showed that voters not only understood this method, but really enjoyed the mightier ballot.

This fall, Maine — which already uses RCV in most of its state and federal elections, including the much-watched race for the U.S. Senate seat currently held by Susan Collins — may make history as the first state to use RCV to vote for president. Republicans used RCV in Virginia to select a congressional nominee, and the GOP also embraced it for stronger and more convenient virtual nomination contests for major offices in Utah and Indiana.

RCV helps solve a number of problems: Studies show that leads to more civil campaigns, as candidates compete to be "second choice." It eliminates the need for costly, low-turnout runoff elections. It puts an end to plurality winners who can win an election even when a majority of voters prefer other candidates. It's an especially useful tool in helping voters work through large fields of candidates, like the two dozen Democrats who sought the presidency this year, or the then-record 17 Republicans who competed for the nomination in 2016.

At its heart, a ranked choice ballot simply ensures that every voters' voice is heard. As many states expand early voting and mail-in voting, RCV is more important than ever to be sure votes are not wasted. It just makes better sense.

We don't want votes to be wasted, especially our own. Many Americans are buying stamps or USPS T-shirts to try and do something to secure our mails. A forever problem, however, can't be fixed with Forever stamps. We repair a structural flaw with a structural reform. And we fight to ensure that every vote — the 3.2 million squandered on zombie candidates, and the half-million tossed aside by election officials — truly matters.