The GOP's much-hyped report recycles allegations that were debunked a year ago. It also undermines its own findings 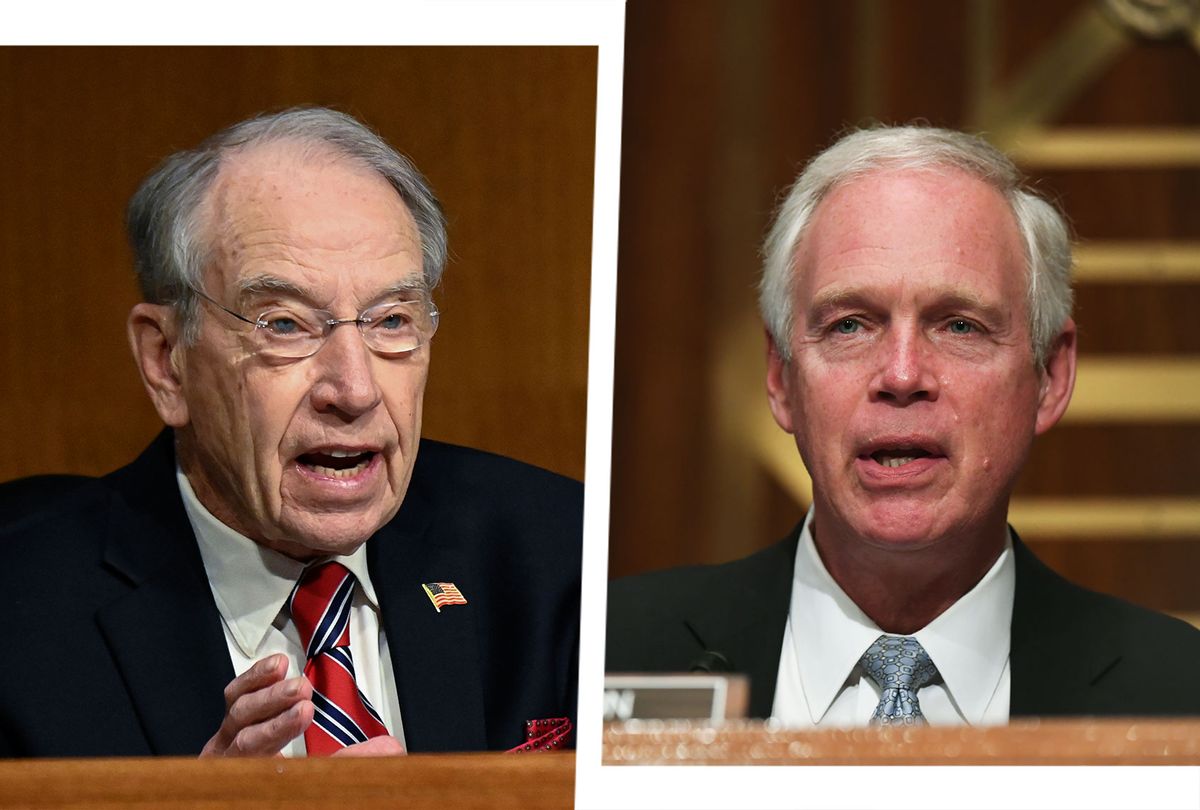 Senate Republicans on Wednesday released an interim report of their investigation into Democratic nominee Joe Biden and son Hunter Biden that largely recycles old claims to back up allegations which have already been debunked.

Johnson previously teased that he had found evidence which would "certainly help Donald Trump win re-election." But the report largely relies on witnesses who already testified on the matter in the House impeachment inquiry and presents little evidence to support allegations which have been refuted.

"Hunter Biden's position on Burisma's board was problematic and did interfere in the efficient execution of policy with respect to Ukraine," the report said, though it provided no evidence of any policies which were affected.

The report went on to acknowledge as much, undermining its own conclusion by noting that "the extent to which Hunter Biden's role on Burisma's board affected U.S. policy toward Ukraine is not clear."

Sen. Ron Wyden, D-Ore., the top Democrat on the Senate Finance Committee, said the report was the culmination of a "sham investigation." He described the probe as "an attempted political hit job facilitated by the State Department and rooted in the disinformation pushed" by Russian operatives.

"Throughout this effort, I have been deeply disturbed by Senate Republicans' willingness to disregard national security concerns and push Russian disinformation," Wyden said. "The Senate must never again be abused in this way."

The probe was launched after Trump was impeached by the House of Representatives for pressuring Ukrainian President Volodymyr Zelensky to investigate unsubstantiated allegations of wrongdoing by Hunter Biden while he worked for the energy firm Burisma, even though Ukrainian prosecutors said there was no evidence of any wrongdoing.

Trump has falsely claimed that Biden pressured Ukraine to fire a prosecutor who had investigated Burisma to protect his son, even though a coalition of western nations had pushed for the prosecutor's removal over corruption allegations. Multiple State Department officials repeatedly refuted that claim during the impeachment inquiry.

Democrats expressed concerns during the investigation that Johnson's probe relied on Russian misinformation aimed at hurting Biden. The GOP report devoted 10 of its 87 pages to countering allegations that their probe had fueled a Russian disinformation effort.

Democrats said the Republicans advanced a narrative pushed by sanctioned pro-Russia Ukrainian lawmaker Andrii Derkach, who provided information to the committee. The report claimed that Johnson and Grassley "did not receive" and were "unaware of" the information sent by the lawmaker, arguing that "it is impossible that Derkach's efforts could have shaped the committees' investigation in any way."

But Politico noted that Johnson's allegations "mirror those pushed by Derkach." The Ukrainian lawmaker also met with Trump attorney Rudy GIuliani, who led the off-book investigation in Ukraine which ultimately led to Trump's impeachment.

The report cited "confidential sources" nearly 100 times, whose identities remain unclear. Republicans also did not immediately release transcripts from witness interviews, instead only releasing selective quotes from the interviews.

Democrats slammed Republicans for withholding the transcripts. Sen. Gary Peters, D-Mich., the top Democrat on the Senate Homeland Security Committee, said releasing the report without simultaneously releasing the transcripts was a "direct violation" of rules that weakened "the committee's ability to effectively carry out its responsibilities on behalf of the public in the future."

The report largely relies on the testimony of top State Department official George Kent, who testified during the impeachment proceedings. Echoing his comments to the House last year, Kent told Republican investigators that Hunter Biden's role on the company was "very awkward" for U.S. officials pushing anti-corruption policies in the country.

The report also cites a New Yorker article published last year, which details a discussion between Joe Biden and an aide about his son's role at the company. However, the article did not include Biden's side of the conversation.

The report said Kent and another official had raised concerns about a potential conflict of interest and Hunter Biden's role at Burisma casting "a shadow" on U.S. policy in Ukraine. But it did not provide any evidence that it affected U.S. policy.

Johnson cast the release of the report as damaging to Joe Biden's electoral chances.

"People need to take a look at this report very carefully and understand what the ramifications are for electing Joe Biden as president," he said in a radio interview the day before the report's release.

Johnson's repeated insistence that the report would hurt the Democratic presidential candidate prompted criticism from within his own party.

"It is not the legitimate role of government, for Congress or for taxpayer expense, to be used in an effort to damage political opponents," Sen. Mitt Romney, R-Utah, said last week, calling the investigation a "political exercise."

Sen. Richard Burr, R-N.C., the former chairman of the Senate Intelligence Committee, also confronted Johnson over concerns that his probe would fuel Russia's disinformation effort, according to Politico.

Biden campaign spokesman Andrew Bates told the outlet on Wednesday that Johnson had "wasted months" on the investigation while seeking to "subsidize a foreign attack against the sovereignty of our elections with taxpayer dollars — an attack founded on a long-disproven, hardcore rightwing conspiracy theory."