This Supreme Court battle isn't just another partisan squabble. It's a historic turning point, and we should say so 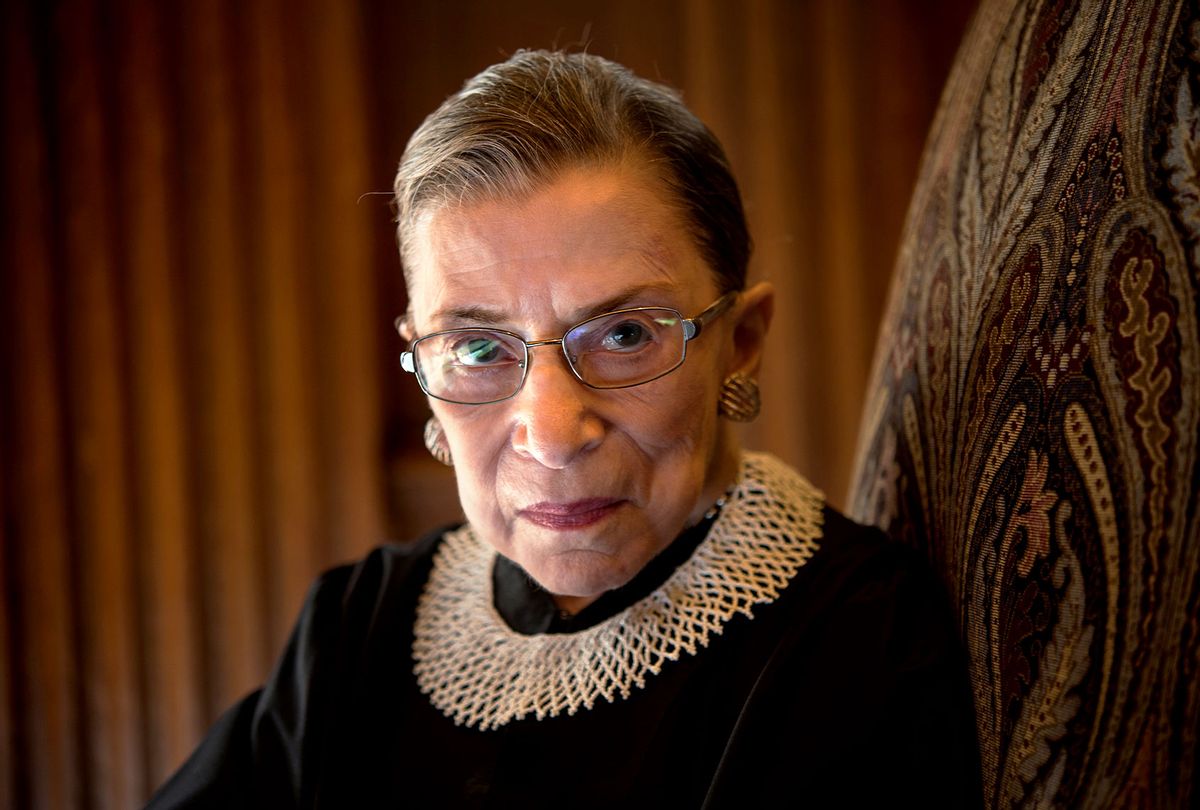 The breathless horserace coverage about Ruth Bader Ginsburg's seat on the Supreme Court risks normalizing as just another partisan squabble what is in fact an epic clash between two starkly different visions of America, only one of which can be accurately described by the phrase engraved above the court's front entrance: "equal justice under law."

Based on what we know about Trump's top judicial appointees thus far, his choice to replace Ginsburg will be a radical extremist, not just by Democratic standards but by the standards of the general public, and even by the standards of jurists installed by previous Republican administrations.

As a group, Trump's appointees to the courts represent not just a retrograde view of women's rights, gay rights, and voting rights, they also vest power in corporations over workers and consumers, and in the presidency over Congress, while drastically limiting the government's ability to establish new rights and regulations. Much like their champion, their views hearken back to a golden era of White Christian America that never really existed, and bear little relationship to reality. They are fundamentally out of step with the American people, and with the American story.

A lot has been written about Ginsburg's legacy, and much of it has been wonderful, but the who's-up-who's-down coverage about her succession is pushing aside necessary context about what is at stake if she's replaced by someone with essentially opposing views.

A recent report from the progressive group People for the American Way, for instance, collected evidence of how extreme Trump judges are even compared to Reagan and Bush judges. PFAW, which also produces the must-read blog series Confirmed Judges Confirmed Fears, found that:

On issues including reproductive rights, voting rights, police violence, gun safety, consumer rights against corporations, and the environment, Trump judges have consistently sided with right-wing special interests over the American people — even measured against other Republican-appointed judges.

Some of the mainstream coverage is indicative of some of what's at stake.

Ginsburg's death "marks the latest existential threat to the Affordable Care Act. The Supreme Court is scheduled to hear the case the week after the general election in November," Julie Rovner reported for NPR.

Samantha Schmidt and Sarah Pulliam Bailey wrote in the Washington Post that a conservative replacement for Ginsburg "could provide a major boost to religious rights while threatening years of advancements for the LGBTQ community, legal experts and activists say":

Ginsburg not only played a critical role in voting in favor of LGBTQ rights but also voted to keep religious exemptions within narrow boundaries, said David B. Cruz, Newton Professor of Constitutional Law at the University of Southern California Gould School of Law. Her absence, and her replacement by a conservative justice, could help tip the scale toward curtailing LGBTQ rights.

Martha C. White wrote for NBC News that "consumer and worker advocates are already bracing for the worst." She quoted Adam Winkler, a law professor at the University of California, Los Angeles, saying: "Trump's judicial nominations have typically narrowed consumer protections, restricted the rights of employees and unions, while expanding the rights of corporations and curtailing business regulation."

But even these stories aren't grasping the enormity of the possible change. "They are talking about how far to the right the court has moved, but what I think is escaping people is that it's not just in a few areas," Brennan Center senior fellow Caroline Fredrickson told me in phone interview. "They may think, 'Oh, abortion and gay rights'," she said, "but they don't understand all the doctrinal changes that have really made it extremely difficult to move forward on regulation in the future," or how Trump appointees "envision the power of the presidency," or how they tolerate gerrymandering, or "their completely unbalanced views on corporate and business law."

The New York Times on Tuesday briefly hoisted back onto its home page a major review by Rebecca R. Ruiz, Robert Gebeloff, Steve Eder and Ben Protess from March that found that "the Trump class of appellate judges, much like the president himself, breaks significantly with the norms set by his Democratic and Republican predecessors, Barack Obama and George W. Bush."

Not only are they whiter, younger, more ideological and more politically active, the Times found, they are also more activist — or as one law professor put it, "they're reliable policy agents."

While the Post story was mostly about how Leo is engineering an effort, fueled by $250 million in secret "dark money," to achieve a radical right-wing social and economic agenda, it also provided a few amazing insights into the motives and thinking of Leo and his allies.

So for example, it's not just that Federalist Society leadership is opposed to affirmative action — which, while still considered controversial, enjoys the support of a sizable majority of Americans — they actually oppose diversity itself! Consider:

In January 2003, Leo called White House officials, including [then-staffer Brett] Kavanaugh, to object to a plan by [George W.] Bush to weigh in on affirmative action. Bush was going to criticize the practice but praise racial diversity. Leo complained that praising diversity would "disgust any conservative who thinks that this is a matter of principle," according to a previously unreported email by a White House official describing one of the calls.

One reason I believe reporters aren't writing more about how radical Trump's appointees are is that they think the public is considerably more conservative than it really is. (Washington Post reporter Christopher Ingraham posted a tweet on Tuesday reminding us of a survey that actually quantified how much congressional staffers do that.)

If you think a lot of the public opposes abortion rights or gay rights or campaign finance reform — or think the public is generally center-right in its social and political views — then maybe Trump adding a sixth reliably right-wing vote to the Supreme Court doesn't seem like such a big deal.

But if you think those things, you're wrong. Ruth Bader Ginsburg represented American values of fairness and equality. The person Donald Trump picks will not.