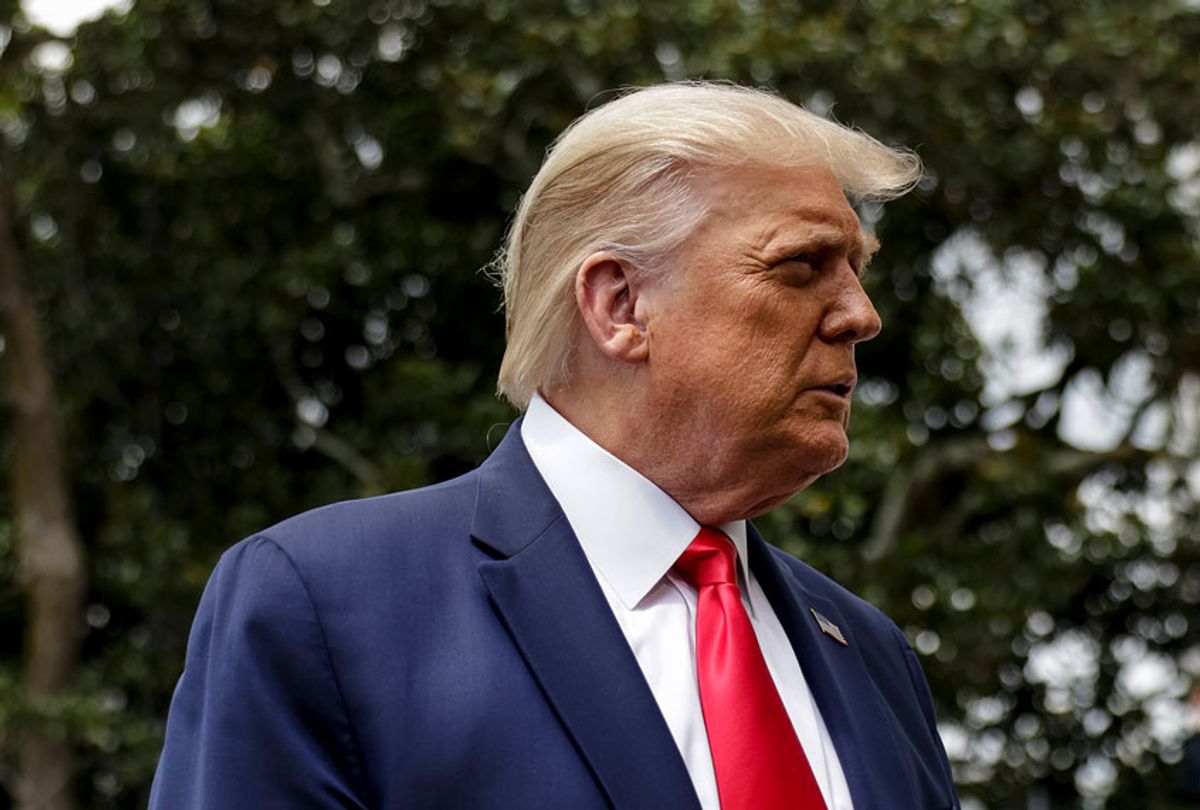 President Donald Trump avoided paying federal income taxes for a decade before paying just $750 in 2016 and 2017, according to a bombshell New York Times investigation.

Years of tax returns obtained by the outlet show that the president paid no income tax in 10 of the 15 years before he became president. The returns also show that Trump has more than $400 million in personally guaranteed loans that would come due during a potential second term. He has also waged a decade-long audit battle with the IRS after he received a questionable $72.9 million tax refund after declaring massive losses, which the IRS is seeking to claw back.

The investigation also raised questions about Trump's self-proclaimed business genius. The tax returns obtained by the Times show that he declared more than $315 million in losses from his 15 golf courses in the U.S. and overseas. While Trump has brought in a steady flow of income from "The Apprentice" and licensing his name, the proceeds have been used to "prop up" his own businesses and using their losses to avoid taxes, according to the report.

Trump has also regularly written off the work of his children, like Ivanka Trump, as consultant expenses even though she works as a senior executive at his company. He also frequently writes off expenses for his lavish lifestyle, including more than $70,000 on hairstyling.

Trump's tax returns are not like those of other wealthy Americans, who also frequently rely on a vast array of write-offs to lower their tax liability. In 2017, the average federal income tax rate for the top 0.001% of filers was 24%.

"Over the past two decades, Mr. Trump has paid about $400 million less in combined federal income taxes than a very wealthy person who paid the average for that group each year," wrote The Times' David Leonhardt.

The tax returns obtained by the Times includes detailed data on Trump, his hundreds of companies, and many of his employees. Trump infamously broke with tradition and refused to release his tax returns when he ran for president. He has since waged a legal battle against federal and local investigators seeking his financial information.

Trump on Sunday insisted that the report was "fake news" and repeated his frequent claim that he is under "audit" by the IRS.

The Times investigation found that Trump's "Apprentice" venture has been one of his most profitable, bringing in a total of $427 million in income, licensing and endorsement deals. But he "invested much of that in a collection of businesses, mostly golf courses, that in the years since have steadily devoured cash," The Times reported. A previous Times investigation found that he similarly blew through a large chunk of the fortune left to him by his father in the 1990s.

The Times also previously obtained Trump's tax documents from 1985 to 1994, which showed that during many years Trump "lost more money than nearly any other individual American taxpayer."

"The returns… undercut his claims of financial acumen, showing that he is simply pouring more money into many businesses than he is taking out," the report noted.

His political ascent has been a renewed financial boon for the president, however. A flood of new members during his 2015 campaign helped him earn $5 million more per year from Mar-a-Lago.

The investigation also showed that Trump has brought in $73 million from overseas ventures during his first two years as president. The Times also found that his Miss Universe pageant in Moscow in 2013 brought in millions for Trump and NBC after losing money on previous pageants.

But his flagship properties have continued to lose millions. Trump's Doral resort, which he bought in 2012 for $150 million, lost $162 million through 2018. His Washington hotel, which opened in 2016, lost $55 million through 2018. The Trump Corporation, which is one of the president's real estate services companies, has reported losing $134 million since 2000.

The Times report highlighted a previously unreported audit battle between the IRS and Trump. The president used an obscure provision in President Barack Obama's recession relief efforts to declare $700 million in losses that he was not allowed to use in previous years. He received a $70 million federal income tax refund that has been under review since 2011. The case appears to have stalled since Trump ran for president in 2016. If the case is decided against him, he could be on the hook for about $100 million.

The Times also raised questions about Trump's write-off of his Seven Springs estate in Westchester County, N.Y. Trump failed to develop the property after neighbors fought back so he took advantage of a historic conservation easement provision that allowed him to claim a $21 million charitable tax deduction when he signed a deal not to develop most of the property. He has also written off millions in property taxes as a business expense, classifying Seven Springs as an investment property rather than a personal residence, even though the Trumps appear to have used the sprawling estate as a summer "compound" and "retreat for the Trump family" for years.

Trump's tax records show that about $119 million of the $130 million in charitable contributions reported to the IRS have come from the Seven Springs scheme. The Seven Springs deduction is under investigation by New York's attorney general.

The tax records further show that Trump's company has written off criminal defense for Donald Trump Jr., in the Russia probe and Trump's now-defunct "charity" organization as a business expense.

Though Trump may be the wealthiest president in modern history, he has paid far less taxes than his predecessors. Obama and George W. Bush regularly paid $100,000 per year or far more while in office.

The Biden campaign quickly seized on the investigation, releasing an ad showing that Trump paid a fraction of the average tax burden for teachers, firefighters, and nurses.

"It is a sign of President Trump's disdain for America's working families that he has spent years abusing the tax code while passing a GOP Tax Scam for the rich that gives 83 percent of the benefits to the wealthiest 1 percent," House Speaker Nancy Pelosi, D-Calif., said in a statement, adding that Trump gamed the tax code to "avoid paying his fair share of taxes."

"In 2016 and '17, I paid thousands of dollars a year in taxes as a bartender. Trump paid $750," tweeted Rep. Alexandria Ocasio-Cortez, D-N.Y. "He contributed less to funding our communities than waitresses and undocumented immigrants. Donald Trump has never cared for our country more than he cares for himself. A walking scam."