Particles from brake pads, diesel engines and exhaust made their way deep into the bodies of pregnant women 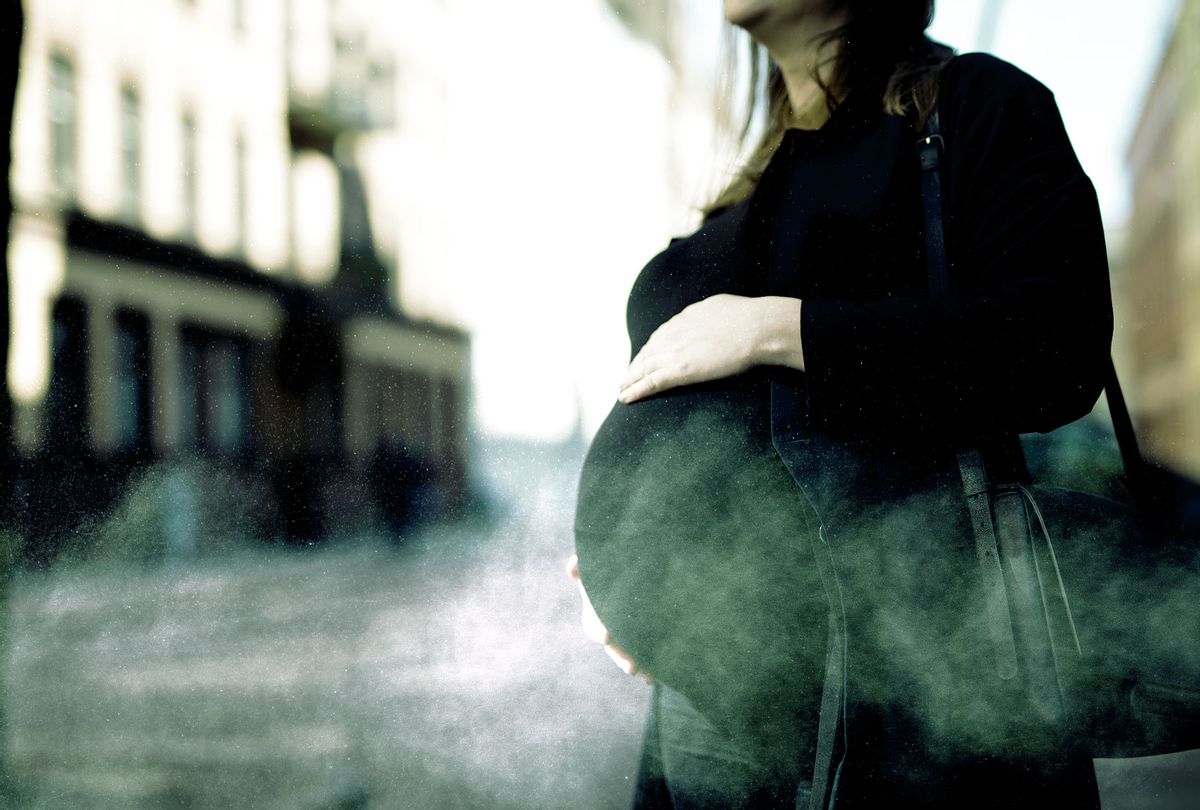 If the novel coronavirus pandemic wasn't cause enough to wear a mask outside, a new study may have just given pregnant women another reason: Air pollution particles, including metals, emitted by automobiles have been found in infant placentas. The study is shocking for what it says about the ability of airborne pollution to seep deep into the human body, even in places with multiple layers of biological protection that evolved to keep foreign matter out.

Inhalable airborne particulate matter is linked to "a wide range of adverse health outcomes" in babies, including respiratory issues and low birthweight, the study's co-authors explain. The study, which was published in the journal Science of the Total Environment and funded by Barts Charity, notes that elemental carbon from traffic is one of the primary types of particulate matter that scientists are worried could be harmful to humans. Other harmful metals that they studied included "iron-rich and often strongly magnetic nanoparticles originating from high-temperature processes such as diesel engine combustion and brake-wear."

To test for these and other dangerous airborne particles, the scholars recruited 15 healthy pregnant women from London who do not smoke, all of whom had pregnancies without any complications.

The authors specifically found that the types of particulate matter that found their way into placentas could be linked to automotive traffic and fossil fuels, explaining that "analysis of the nanoparticles present in the [placental cells] strongly suggests an origin predominantly from traffic-related friction and fossil fuel combustion sources." They conclude that "heavily trafficked urban roads" likely cause fetuses to be exposed to these nanoparticles.

Professor Jonathan Grigg from Queen Mary University of London, a lead author of the study, told Science Daily that "our study for the first time shows that inhaled carbon particulate matter in air pollution, travels in the blood stream, and is taken up by important cells in the placenta. We hope that this information will encourage policy makers to reduce road traffic emissions in this post lock down period."

The study is particularly important because it may have helped shed light on the biological mechanisms that cause air pollution to put newborns at risk.

"Pollution levels in London often exceed annual limits, and we know that there is a link between maternal exposure to high pollution levels and problems with the fetus, including risk of low birthweight," Dr Norrice Liu from Queen Mary University of London added. "However, until now we had limited insight into how that might occur in the body."

A postdoctoral research assistant, Lisa Miyashita, told HealthDay that "we have thought for a while that maternal inhalation could potentially result in pollution particles traveling to the placenta once inhaled. However, there are many defense mechanisms in the lung that prevent foreign particles from traveling elsewhere, so it was surprising to identify these particles in the placental cells from all 15 of our participants."

The chief executive of the charity that sponsored the study argued that it has sobering implications about the health toll that air pollution is having on the new generation.

"This is an incredibly important study and immensely relevant to mums-to-be in our local community, indeed in any urban community anywhere in the world," Fiona Miller Smith told Science Daily. "In the current climate it can be hard to see beyond COVID and so we are particularly proud to have funded this vital work and truly hope that it will lead to greater awareness of the risks of pollution to the unborn child."

Other recent studies have found that the air a mother breathes can find its way into the placenta. A small study published in July by Italian scientists found that, among 31 women who delivered babies in March and April, there were traces of the coronavirus in placenta, in fluids obtained through vaginal swabs, in umbilical cord blood and, in one case, in breast milk. University of Milan immunology specialist Dr. Claudio Fenizia, who led the study, told The Washington Post that while their results should be considered preliminary. "Our study should be considered a ringing bell to raise awareness that [transmission] is possible," Fenizia added.