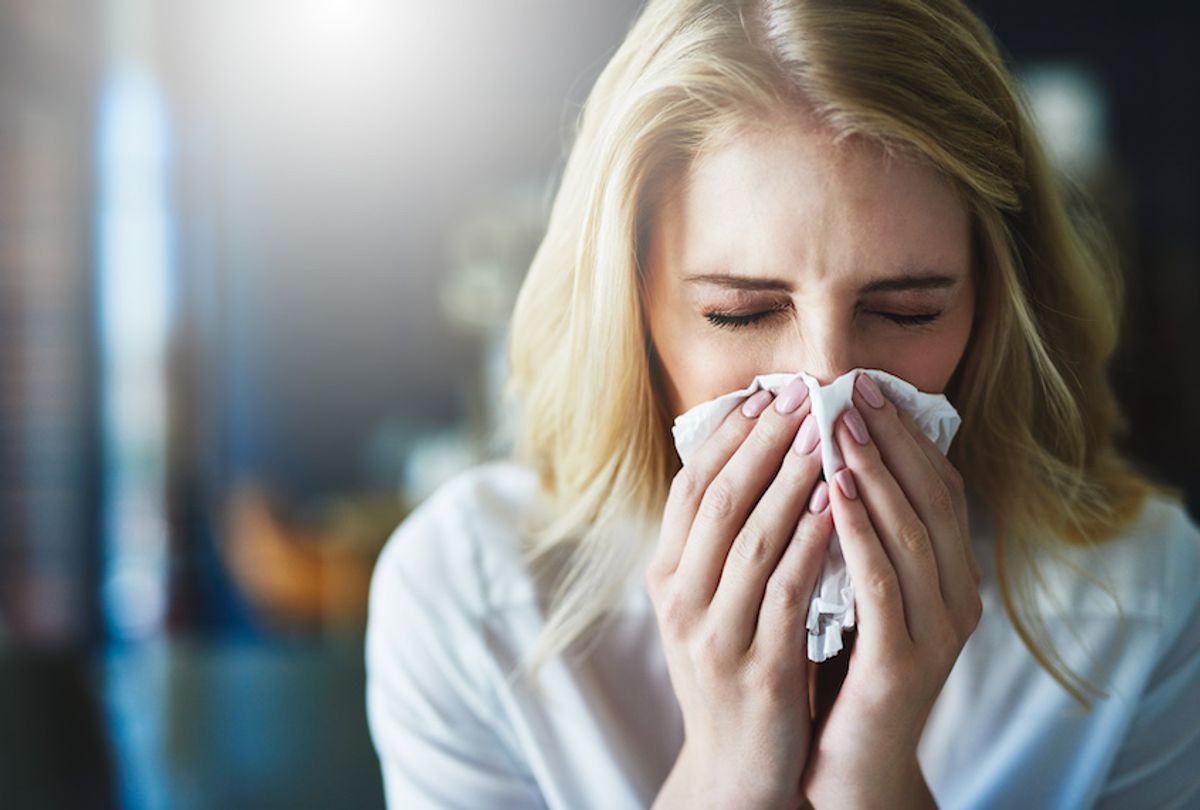 Even as the novel coronavirus pandemic ravages humanity — the death toll currently stands at more than 1 million deaths worldwide out of nearly 34 million confirmed cases — there is some surprising good news about a more common type of disease: Influenza. As Scientific American reported on Wednesday, flu season has been close to nonexistent in the Southern Hemisphere this year, though it would normally have taken off around March. That means thousands of lives or more have been spared by the flu virus, which normally kills 100,000 to 500,000 people a year.

While further studies need to be conducted in order to confirm why the Southern Hemisphere dodged the influenza bullet, public health experts say the most obvious explanation is that the same measures being used to prevent the spread of COVID-19 have a salutary effect on containing influenza. These would include things like social distancing, wearing masks and washing hands.

"The belief is this was the result of wearing masks, more frequent hand washing, physical distancing and less large gatherings," Dr. Georges Benjamin, executive director of the American Public Health Association (APHA) and former secretary of health in Maryland, told Salon by email. "Influenza and the common cold are diseases spread person to person in much the same way as SARS-CoV-2, the virus that causes COVID-19. So, efforts to reduce COVID-19 have the dual benefit of reducing colds and flu," Benjamin noted that vaccinations for influenza took place as they normally do around the world, and stressed the importance of getting a flu vaccine.

"I think social distancing and masks will reduce cold/flu season and make it a really mild season," Dr. Monica Gandhi, infectious disease doctor and professor of medicine at the University of California – San Francisco, wrote to Salon. After drawing attention to a recent study in the Centers for Disease Control and Prevention (CDC) Morbidity and Mortality Weekly Report that argues influenza activity has decreased in the United States during the pandemic, Gandhi added that "it looks like the steps taken to reduce the spread of SARS-CoV-2 have led to a global decline in influenza during the COVID-19 pandemic. Moreover, there was a significant drop in the percentage of respiratory specimens that tested positive for influenza in the early days of the pandemic in the United States. Measures such as facial masks and social distancing have likely kept positive tests at 'historically low interseasonal levels.'"

Dr. Russell Medford, chairman of the Center for Global Health Innovation and Global Health Crisis Coordination Center, had similar observations when explaining the drop in influenza activity in both this country and throughout the world.

Though COVID-19 has a higher mortality rate, influenza is not a disease to take lightly. As with COVID, mortality rates tend to increase with age. Likewise, the vaccine for flu already exists, and is widely available; getting one ensures that a COVID-19 diagnosis won't be compounded by the flu, with potentially disastrous results.

The CDC's report is encouraging, but it is not a guarantee that the flu season will be mild, experts stressed.

"The severity and prevalence of flu varies from year to year; if the Southern Hemisphere had a very mild flu season, it is likely (but not guaranteed) that we will as well," Dr. Alfred Sommer, professor of epidemiology at Johns Hopkins Bloomberg School of Public Health, wrote to Salon. "It is usually the same virus." Sommer also pointed out that "ANYTHING that reduces transmission of virus will reduce disease and death. This year, with COVID-19, those who do NOT follow standard hand washing (critical for flu and colds) and distancing/masks (critical for COVID) will be at higher risk of disease and death"

Dr. Justin Lessler, another associate professor of epidemiology at Johns Hopkins Bloomberg School of Public Health, told Salon that while these developments are auspicious, that does not mean we aren't going to see many deaths from other infectious diseases. He speculated that a decline in deaths is "likely, for flu in particular. Some others, like RSV [respiratory syncytial virus], it is less clear because they are so concentrated in very young children. However, we still don't know if this reduction in mortality due to less transmission will be offset by additional mortality due to interactions between the COVID-19 and flu epidemics."

President Donald Trump has been criticized for occasional remarks and actions that discouraged mask-wearing, including suggesting that some people wear facemasks as a conspiracy to hurt him politically. Former Vice President Joe Biden criticized Trump for this during their debate last night.

"He has been totally irresponsible in the way he has handled the social distancing, the people wearing masks – basically encouraging them not to. He's a fool on this," Biden told the audience. "He's not worried about the people."