"Kingdom of Silence": A wrenching look at how Jamal Khashoggi's life is a story as big as his death

Examining the life of the murdered Washington Post columnist grants an expansive view into U.S.-Saudi history 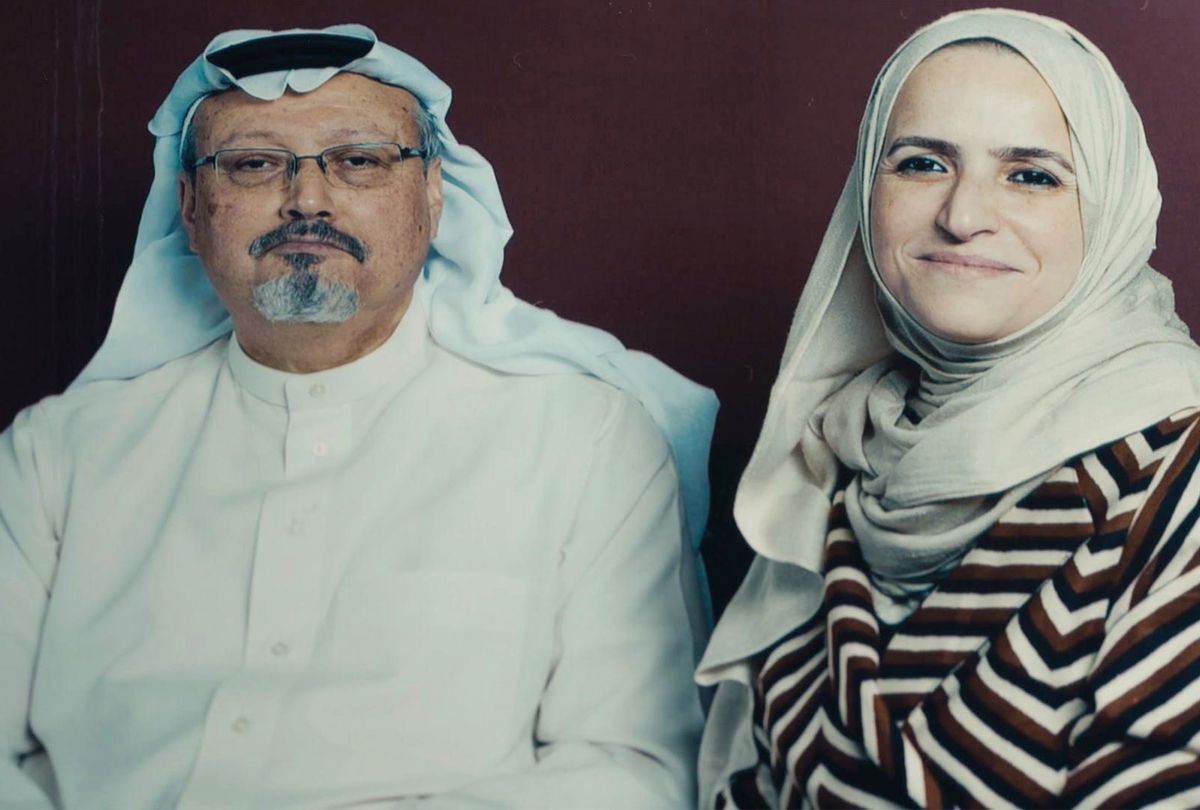 Two years ago Washington Post columnist Jamal Khashoggi walked into the Saudi Consulate in Istanbul and never came out. Initial reports that he was being held against his will soon gave way to a far grislier truth – that Khashoggi, an exiled Saudi national living, had been murdered and dismembered. CIA intelligence later indicated his assassination was ordered by Saudi Arabia crown prince Mohammed bin Salman.

Beyond that shocking crime and Donald Trump's disgraceful refusal to publicly condemn bin Salman, most people know very little about who Khashoggi was.

Rick Rowley's "Kingdom of Silence" speaks to that insofar as a documentary can flesh out a complicated life within 98 minutes – which is to say, enough to fill in the trace marks barely defined by the stories surrounding his death.

Rowley attained deep access here, journeying to cities across the globe, including into Saudi Arabia itself, to piece together a narrative that connects Khashoggi's long career and the relationships he developed to policies that impact our lives even now.

In examining Khashoggi's professional life from its beginning, when he was journalist who traveled with mujahideen in Afghanistan and became close friends with Osama Bin Laden, to its untimely end, Rowley draws a map of how journalistic censorship can extinguish a nation's democratic ambitions almost overnight.

If Khashoggi's critiques of the Saudi regime were unsparing, "Kingdom of Silence" shows that his disillusionment was in no small part rooted in heartbreak.  He used to be one of the Saudi government's most ardent boosters and defenders to the Western world . . . that is, until those who supported him were deposed, extinguishing the hope that the quickly quashed Arab Spring in 2011 would inspire a modern openness, at least for the region's truth tellers.

We exist in a time defined by statistics and symbols – and Khashoggi unfortunately became a bit of both in death. He's a public example of the mortal danger journalists face from oppressive governments instead of defending those who put their lives on the line to keep us informed.

But this assessment misses the complex nature of Khashoggi's relationship with the Saudi Royal family, one of such intense trust under prior regimes as to give him a front row seat to decision-making at the highest levels of power.

The plainest evaluation the viewer may glean from "Kingdom of Silence" is that Khashoggi was a man whose heart remained forever loyal to his home nation despite its government's transformation into the antithesis of what he dreamed for it.

Khashoggi's written words, read by actor Nasser Faris, alongside the testimonials of the people who knew him best, become a lyrical guide through inflection points in the fraught history of relations between the United States and the Saudis.

His curiosity and enthusiasm about the shifting contours of the Middle East enabled him to grow close to some of the most consequential figures in modern history; New Yorker writer Laurence Wright describes Khashoggi's relationship with the young bin Laden as a journalist viewing his subject "with stars in his eyes."

Telling the story of that link is not a warning about journalists getting too close to their subjects but rather a hint at why Khashoggi was marked for death by some of the world's wealthiest and least forgiving men. That connection explains how he evolved from a reliable loyalist to the man who knew too much.

Rowley gained access to a variety of people who knew Khashoggi by his work or personally – colleagues at the Washington Post, peers in his field including Al Jazeera's Marwan Bishara, and government officials who understood the value of his expertise in the region, including former CIA director John Brennan and retired diplomat David Rundell, who spent 30 years serving American interest in the Middle East and is one of the foremost experts on Saudi Arabia.

Owing to the variety of personalities Rowley features here, forming a concise opinion about who Khashoggi was proves challenging. But this is where "Kingdom of Silence" assumes a weight that may otherwise be lacking in rosier remembrances; the film explains that he was not a dissident but an outcast appealing to the better nature of a people and a culture in spite of the rulers devoted to suppressing them.

It is extraordinary to view the trajectory of modern relations between the Middle East and the United States through one man's career. But Rowley's assessment of Khashoggi through "Kingdom of Silence" acknowledges the profile's incompleteness, as any truthful portrait of a man and his contradictions would be. Khashoggi may have openly expressed his opinions but was selective in the details he shared about his own life, even with those who considered themselves close friends.

And that honesty lends a potent horror to the film's methodically detailed account of how Khashoggi was lured to his death, a remarkable contrast to the touches of soulfulness that precede those segments. In itself, this walkthrough is wrenching. Rowley turns up the chilliness by following the sequence with Rundell, the diplomat, offering only his assessment that the importance of maintaining America's strategic alliance with the Saudis "outweighs the death of one person."

Another documentary about Khashoggi, this one from "Icarus" director Bryan Fogel, is titled "The Dissident" and will be released at some point in the future. "Kingdom of Silence" leaves the impression that such a term doesn't easily fit here, that so many aspects of the man are unknowable and a wealth of him left unsaid. Such ambiguity only makes the film that more absorbing and visceral to experience.

"Kingdom of Silence" premieres at 9 p.m. Friday, Oct.2 on Showtime, and is currently streaming for free online at SHO.com, on streaming platforms, on demand and YouTube below.