Spaghetti squash carbonara is a seasonal take on an Italian favorite

Egg yolks and grated parmesan cheese are the backbone of this dish's golden, velvety sauce 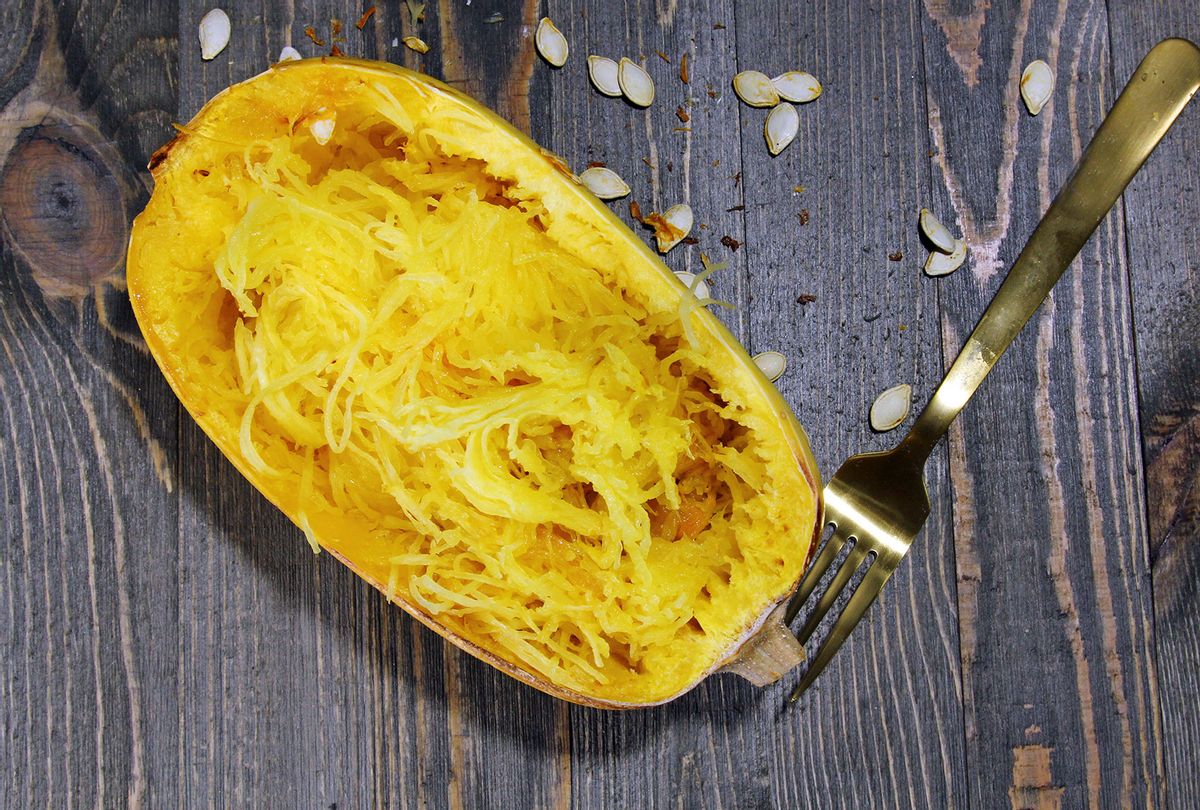 I think, or at least hope, most people have one of those recipes in their repertoire that, when it comes together, feels like magic. It could be a loaf of honey-brown challah, made from braiding together pillowy strands of dough. Perhaps it's a pot of braised oxtails — it's amazing how heat and wine and a little salt can transform sinewy meat into something that melts in your mouth, especially when stirred through a bowl of buttery orzo.

For me, that recipe is spaghetti carbonara. It has been for years because it's simple and cheap, but really does feel like culinary alchemy when you pull it off. With just a few egg yolks, some grated cheese and pasta water, you can create a golden, velvety sauce that feels very luxe. Add in your choice of cured pork and top with more cheese (obviously), and the whole dish is just kind of dreamy.

I think that's why I started leaning on that recipe heavily during the first few months of quarantine. It's creamy, carb-heavy comfort that comes together in just a few minutes. If I was stressed about the pandemic, I'd make carbonara. If I was fretting about how it felt like all my days were running together, I took solace in the fact that it then meant that it could always be carbonara time. Besides, the dish's main ingredients were all relatively smart pandemic purchases: dried pasta is basically eternal, while bacon and eggs can all be stored safely for a few weeks.

Heading into fall, it became apparent that it was time to toss some more vegetables into my meals — and that the generous dash of parsley that I stirred through my carbonara just wasn't enough. Thus, spaghetti squash carbonara was created.

When raw, spaghetti squash looks like your average squash, but once it's roasted, its flesh can be pulled into thin ribbons that look like (you guessed it) spaghetti. Since this recipe doesn't have pasta water, I've added in a few tablespoons of heavy cream, which really adds to the velvety texture of the sauce.

2. Slice the spaghetti squash in half lengthwise, from stem to tail. Remove seeds and brush the insides of the squash with 1 tablespoon of olive oil. Place them face-side down on a baking sheet and poke several holes in the squash skin using a fork. Allow it to bake for 40 minutes.

3. Remove from the oven and let the squash cool to room temperature. Turn it over and use a fork to rake through the flesh to create noodles. Discard the skins and set aside the noodles.

4. In a large skillet, heat the remaining one tablespoon of olive oil over medium heat. Add your pancetta or bacon and allow it to crisp, stirring occasionally.

5. Remove the cubed pancetta or bacon from the skillet and allow it to drain on a paper towel. Reserve the remaining pork fat in the pan.

6. In a small bowl, whip the egg yolks, cheese and cream in a bowl. Set aside.

7. Add the spaghetti squash and pancetta back into the skillet, heating thoroughly, then removing from heat. While it's still warm, drizzle in the yolk and cheese mixture while stirring the squash. The squash should be warm enough to gently cook the egg, but not so hot that it scrambles. Once the yolk mixture is completely added, give the squash a few more tosses to thoroughly combine. Add salt and pepper to taste.

8. Garnish with parsley and more parmesan cheese if desired.