In the stunning yet grim "The Last Ice," melting glaciers and development threaten Inuit way of life 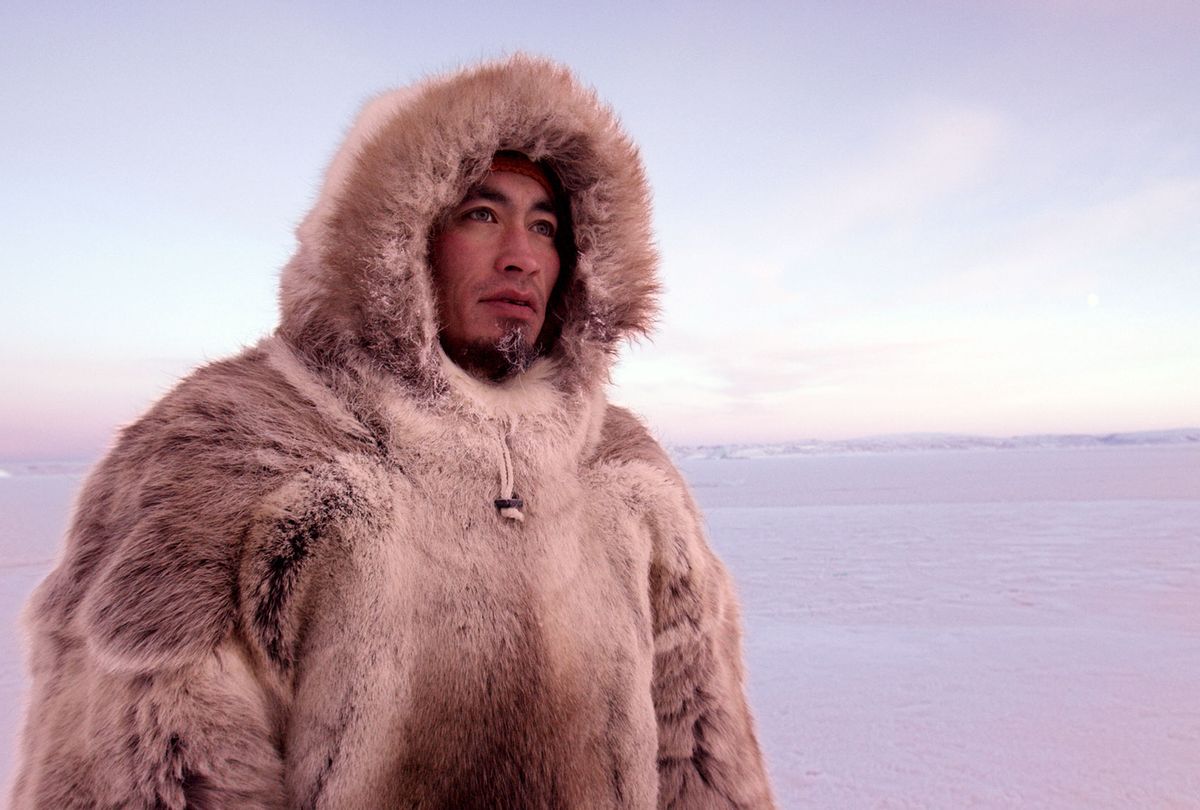 The stunning National Geographic documentary, "The Last Ice" may sound like it is about climate change — and the film does address that hot-button issue — but its greater focus is the cultural changes that have impacted the Inuit communities in the Pikialasorsuaq region, where Canada and Greenland meet.

The film, directed by Scott Ressler, is a clarion call. The Inuit community depends on the animals as well as the ice, which is being threatened not just by melting, but by the white man's development. Greed is prompting Russians, Europeans and the Chinese, to look into shipping routes, oil extraction, and tourism in the area, hoping to pump billions of dollars into the global economy.

As the documentary shrewdly shows, this is not the first time Inuit in the Eastern Arctic have been exploited. John Amagoalik, dubbed "The Father of Nunavut," (he was instrumental in lobbying for native rights and securing a land claim agreement) remembers being treated, "Not as a human being, but as less than a human being," when his community was forcibly relocated. Moreover, Danish and Canadian governments took children to residential schools to "civilize" them and, as Amagoalik says, "Turn them into white people." He reports on the physical, mental, and even sexual abuse that took place as a result. Other stories of colonialization and outsiders coming into the Inuit's homeland are recounted as well.

"The Last Ice" also shows how European influence in wildlife management is having a negative effect on the people and the region. There is an increasing need to protect the environment as one hunter notices fewer animals and hunting spots. Food insecurity is very real in the area. A bottle of orange juice at the supermarket can cost more than $12, Meanwhile, Arctic char is losing its color because of pollutants, making it difficult to find healthy fish or meat to eat or feed the dogs that pull the sleds.

Killing animals is a necessary and important part of the Inuit life; they need the meat for food and the skins for clothing. (There are a few brief scenes of animal deaths). But the hunters acknowledge that, "We are not above nature or animals," showing respect for the non-humans they live alongside. It is not hard to make the connection that outsiders should show the same respect to the Inuit.

However, despite these diverting scenes, Ressler crams arguably too many facts and themes into the brisk 83 minutes, and glosses over some key questions. What, if anything, is being done to protect the animals in this diverse biosphere and the environment? How can the Inuit protect themselves from the outsiders developing airstrips and radar stations, as well as increased military and mining efforts? These may be nagging questions, but the film raises and abandons them.

The film does better when it focuses the micro issues. This is, in part, because "The Last Ice" showcases two very engaging subjects. Aleq and Maatalli. Aleq is a charming young hunter who loves living in Qaanaaq, Greenland. He claims he is less stressed on the ice than he was when he lived in Nuuk or Denmark. He is appropriately respectful of the hunting rules and traditions, though he is, admittedly, a bit clumsy. Aleq's happiness may be short-lived. He is dealing with a medical condition that may restrict his way of life. He also gets somber, noting it is a harsh, hard life on the ice, and mentions in one interview that several of his friends have killed themselves. Yet his deep love for his work, the animals, the people and the region come across clearly, even as he worries about the future.

Likewise, Maatalli, an Inuit Youth Advocate, is a cheerleader for her community and way of life. She has returned to the area to embrace her culture and heritage, and "reclaim what [she] lost not growing up in her homeland." (Maatalli moved to Ottawa as a child). She regrets her disconnection, and that she is no longer fluent in her native tongue. She hopes to revitalize the culture, language, tradition, practices and environment. Her goals are noble; she does not want to be controlled, and her pride and determination are inspiring. Maatalli speaks eloquently and from the heart about her commitment to her community, and she is especially moving when she talks about the difficulties she experienced in the past.

While the people and the sense of place is appealing, "The Last Ice" is not a tourist advertisement. The testimonies of the subjects, who mourn the breakdown of their way of life, are affecting and impassioned. This important documentary provides a vital, humanizing glimpse into a community of indigenous people and their way of life that is, like the melting glaciers, changing much too quickly and not by choice.