From the "Green Book" to Buicks, PBS' "Driving While Black" examines the history of Black mobility 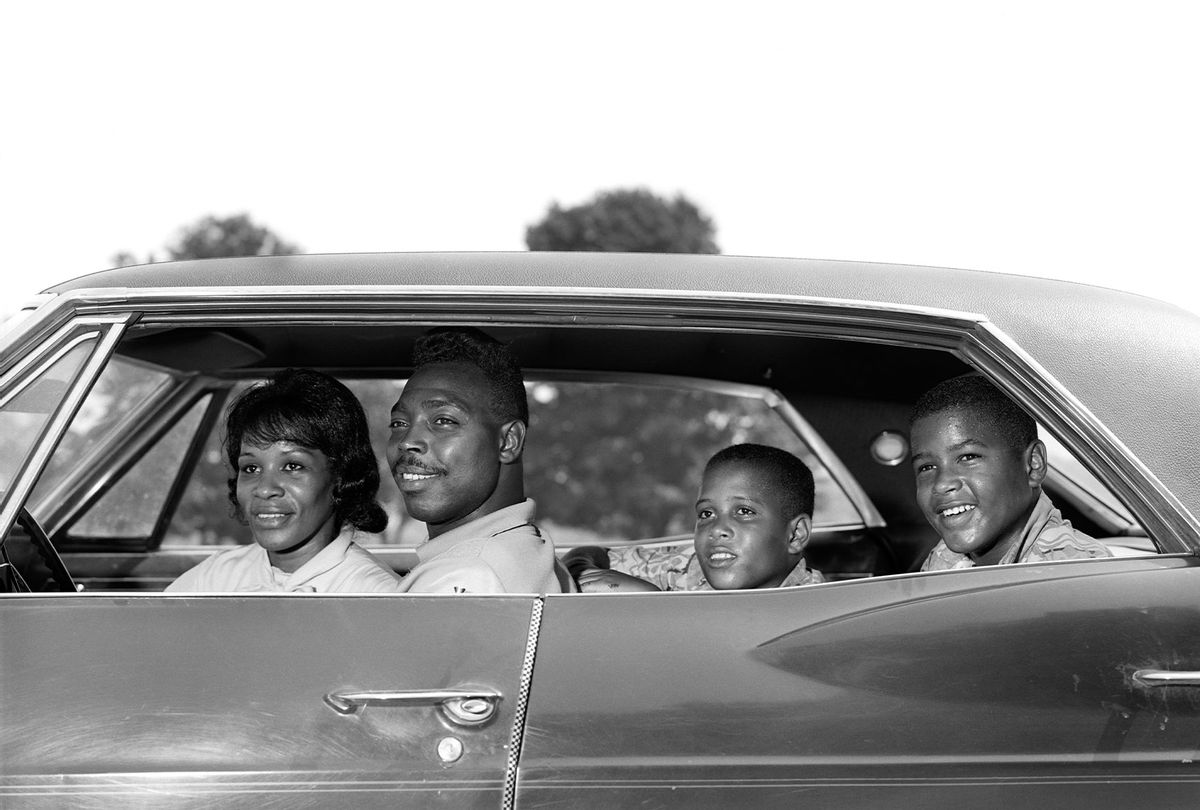 Black mobility has always come with its limitations in this country. A vision of a better life met with fear entrenched the journey. The automobile for many African Americans was a utility of safety, freedom, and opportunity. Shackling someone cruising along the highway is difficult. Historian Dr. Gretchen Sorin has done extensive fieldwork on the subject, culminating in her book "Driving While Black," which was published earlier this year. The book provides the basis for the two-hour PBS documentary of the same name, directed by Sorin and Emmy-winning filmmaker Ric Burns.

The documentary examines "The Negro Motorist Green Book," a small directory of Black-only businesses, restaurants, staying accommodations, and gas stations that were safe for African Americans to use while traveling. The book was published by New York mailman Victor Hugo Green from 1936-1966. Its chief goal was to no longer need printing.

The film traces the fight for Black mobility from the Black codes, meant to control Black people's freedom of movement after the Civil War to the Civil Rights Movement of the 1950s and '60s, which depended on the automobile. Today, systemic racism still haunts Americans while doing just about anything while Black: shopping, eating, sleeping, and working. Most recently, Black travel guides have caught on as a topic of popular interest through films and TV shows like the HBO series "Lovecraft Country" and the Oscar-winning, yet controversial film "Green Book." Now we get to parse through its history.

In "Driving While Black," we learn how car choices, travel guides, Black-only businesses, and informal communications networks helped to keep Black people safe, as they traveled from coast to coast and prodded towards equality. Sorin spoke to Salon about the film and Black mobility.

The following is lightly edited for length and clarity.

How did you and Ric Burns first come together to turn your book into a documentary?

Ric Burns and I have known each other for about 25 years. I was comfortable with him telling my story and working with him. I think that we need accomplices and allies to see inequality. I think he is a brilliant storyteller and filmmaker, and I thought he was the right person to work with me on this project.

What did you find most fascinating about "The Negro Motorist Green Book" when you first began this research?

It's like the light bulb went off when I started looking at cars and thinking about what travel was like for African Americans. I started talking to people and doing an oral history about travel experiences: vacations, visiting family in the south, and traveling for business. During the same time that the car is becoming popular, African Americans are starting to be hired in major corporations and they need to travel for business.

You have musicians, athletes, business and corporate executives who are traveling, and all of these people who are traveling in automobiles need places to stay and eat. The research just grew and grew, but it is really all focused around the automobile, and how the experiences for African Americans were far different than their white colleagues, neighbors, and just white people in general.

It's interesting that the "Green Book" [guide] was sponsored by Esso. What was this all about?

It definitely had enlightened self-interest I would say. Esso was a part of Standard Oil, and Standard Oil was owned by the Rockefellers. The Rockefellers were devout Baptists and believed in equality indeed still to this day. Standard Oil was broken up, but the Esso company continued to support equality. They were smart. They knew that African Americans were a potential big market. They were the ones that said, "We will make our restrooms and our gas stations available to African Americans," so African Americans go and buy their gas. Why would you go buy your gas at a gas station where they won't let you use the bathroom? It was interesting because when I would go ask folks what gas stations they would use, everyone would say Esso. Some people didn't even know why they went to Esso gas station because it was almost like a family tradition.

Decisions about what type of car to purchase were largely about safety for African Americans, the Buick becoming one of the most popular cars for this demographic. Can you tell me about this?

I wonder if Buick even knows that African Americans drove their cars and thought that they were so important, because a Buick was like a second tier of cars and it was still a really reliable, big, and heavy car. Buicks were popular with African Americans all over the country.

It's interesting how later on in hip-hop culture, the car becomes even more tethered to one's identity.

The establishment of the highway then provides a coating of safety for people. Can you tell me about that evolution?

You didn't have to go through little communities that you didn't know anything about. You could just stay on the highway and hopefully if you needed gas or needed to use the restroom you could just stop off at a gas station.

I think the most frightening story is the one about the little boy who is traveling to a funeral with his aunt and uncle, and they make the wrong turn. They are driving down the wrong street in Waco, Texas and as they are traveling they see a mob setting a Black man on fire. Someone sees them in the car and yells out, "There is some more. Let's get them," so they took off after them. The highways eliminate that possibility while driving through these little towns.

The problem is that the highways often go right through communities, and urban renewal goes right through Black communities, so for example my grandmother's house in Fayetteville, North Carolina. My grandmother had a tiny little brick house up on a hill. I remember as a child we used to stay there every summer, and that house was taken by eminent domain, and they put a highway right through her house. You know Urban Renewal is also called Negro Removal.

"Lovecraft Country" highlights the "Green Book"-inspired "Safe Negro Travel Guide"; "Queen & Slim," rehashes the unfortunate circumstances that can occur when encountering the police; and "Green Book," replays history. What are your thoughts on the portrayal of Black mobility in these projects?

The "Green Book" movie I have seen and commented on. It's a great Hallmark movie. It's what you wish the world was like. Everyone starts off as a racist in the movie and by the time it ends everyone is hugging each other. They've dropped their racism and we wish things were like that. I don't really think "Green Book" was about the [actual] "Green Book."

I took issue with the fact that all the places that the main character stays in are all dumps, and certainly not all the places in the "Green Book" were dumps. There were some incredible luxury places to stay around the country. There was one in Miami, New York, Philadelphia, L.A. There were beautiful luxury hotels for African Americans and there were incredible resorts as well. They weren't all seedy motels, but for that movie they needed to be seedy.

What do you hope people ultimately take away from the film?

I would like people to realize that this is a well-documented history, but I'd also like people to say, we really need to think about how we change policing in this country. President Barack Obama convened a Task Force on 21st Century Policing, and it was the police who made these recommendations. The majority of police in this country want to do the right thing. We have a blueprint for what needs to be done and how it can be fixed. I think we have a moment when Black and white people have come together as accomplices and allies to solve a problem. We are seeing that the people who are demonstrating are both Black and white. It's not just Black people saying there needs to be a reckoning here. It's white people as well.

"Driving While Black: Race, Space and Mobility in America" premieres Tuesday, Oct. 13 at 9 p.m. on PBS.