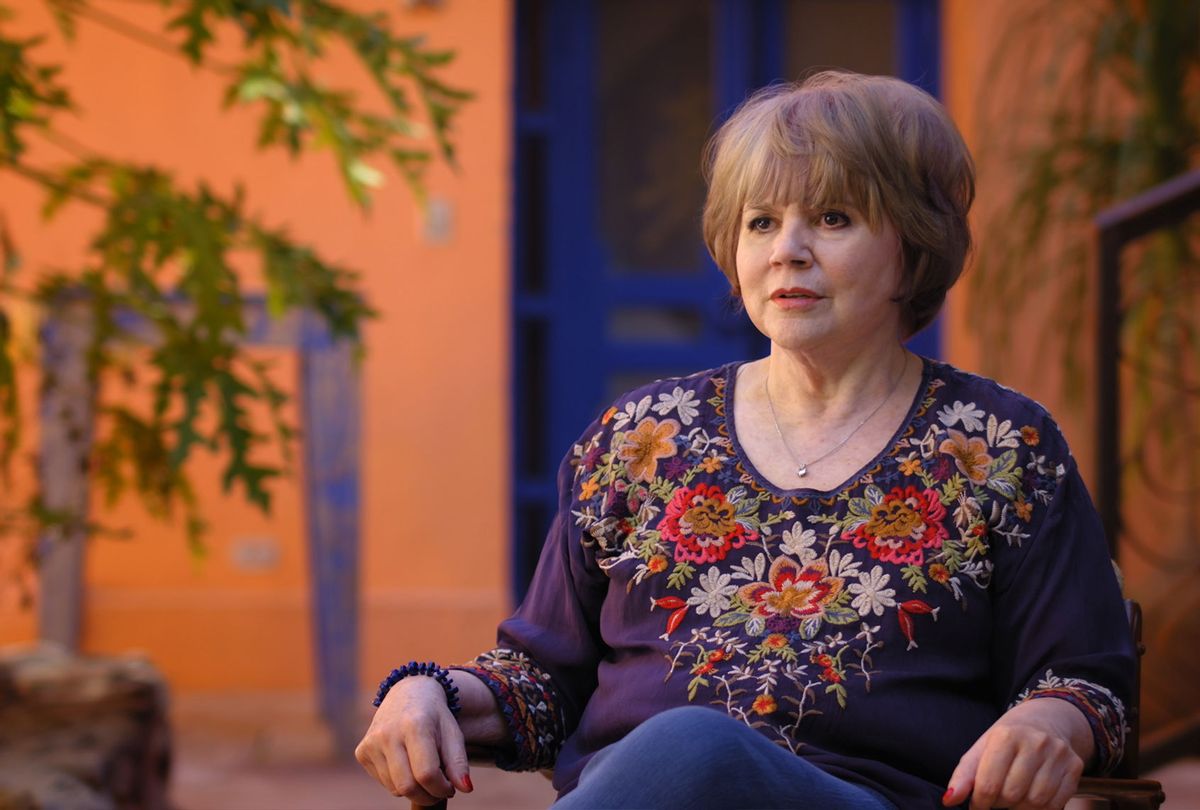 Linda Ronstadt may have retired from performing in 2009, but the Grammy-winning singer is still involved in music. The inspiring documentary, "Linda and the Mockingbirds" chronicles Ronstadt's journey back across the U.S.-Mexico border to Sonora, her grandfather's hometown, for a concert by Los Cenzontles (The Mockingbirds).

The group, founded in 1989 by Eugene Rodriguez, and supported by Ronstadt, performs traditional Mexican dances and songs — like the ones Ronstadt sang on her double-platinum "Canciones de mi Padre," which remains the top-selling non-English language album in American record history.

The hourlong documentary, directed by James Keach, concentrates on how music can be a family project, uniting people with its power, culture, and tradition. Learning the roots of one's heritage, as Ronstadt did, brings understanding, visibility, and pride. In interviews in the film, Ronstadt emphasizes that music carries truth. For anyone who has ever heard her perform, the power of the singer's voice comes through.

"Linda and the Mockingbirds" also addresses immigration stories and fears, racism, and themes of deportation that are very much in the minds of the performers and their families.

The singer, who was also the subject of last year's fantastic documentary, "Linda Ronstadt: The Sound of My Voice," spoke with Salon about Mexican culture, music, and her new documentary.

You have long supported Los Cenzontles, as a patron and as a fan. How did you get involved in this group?

I was walking down the street in San Francisco, and I saw this group dancing and playing music. I thought they were from Michocán, and they were from here. They understood the rhythms and the dancing and the singing. They said they were playing to earn money to go to Mexico — to Michocán and Oaxaca — to study the regional music and culture; their families were from Mexico, or they were born there. I had my Mexican show on the road at the time, so I added a concert to raise money for them. I was really impressed by the way they were taught from a deep pedagogy — music as a way to socialize and communicate with people. They have parties and dance with each other.

I was thrilled when you recorded "Canciones de mi Padre." Do you feel you needed to achieve the success you did to have the resources to make this passion project?

No one was going to let me do it otherwise. I didn't have any agenda except to sing better. I didn't think I was very good when I started. I only wanted to get better.

I also appreciated your advice that you "need to learn the tradition in order to break it." I admire your ability to sing different musical genres. How do you feel you break with tradition in your career?

It's important to build on what came before. I learned to sing from my Mexican background. We sang Rancheras, not blues. I wanted to sing that and felt my voice couldn't do it. Rock and roll didn't offer me an opportunity to find my own true voice. It was going to Broadway to sing "Pirates of Penzance" that gave me the upper register. Then I could sing standards and then Mexican music. The Mexican songs were better than the ones I sung in English because they had better melodies. I love singing in Spanish. It was the language of music from when I was little.

I love that you mouth all the words to "A la Orilla de un Palmar," as Sarahi dedicates her version of the song to you in the documentary. You talk about how music helps us make sense of our sorrows and what oppresses us, and to celebrate the joy, and what lifts us up. Can you talk more about that? Your singing is inspiring to so many people.

I learned that song from my grandfather, and we knew what it was about — a little orphan girl — and it made us cry. You sing the chorus slowly, "I'm a little orphan and I have no friends." It was a special song as a family. I asked the Chieftains to record it. I got one take. My voice cracked in the middle of it.

You have warm feelings of home. Do you think it was your leaving home, and being on the road, and dislocated for so long, that made you long for family, your memories from childhood and the music you heard, that prompted you to sing these songs?

I'm from the Sonoran Desert, which is a particular region and culture. It's on both sides of the border, which is arbitrary. I've always had a [passion] for that culture. There are big tall Saguaro cactuses — the one with the arms — that exist only within a 350 mile range. I also love the regional wheat tortillas, made with lard, and baked on a comal griddle.

I applauded your comment in the film about "Dorito" music — that Latin-ish is not Mexican. You are very conscientious of authenticity. Can you expand on this idea?

I get impatient because Mexican culture is not Taco Bell. It's a deep, rich culture of various genres and styles. There are [dozens of] different languages in Mexico and people don't realize how different the culture is. Aztecs talk about "a scattering of jade." To them, jade was more valuable to them than gold.

Many of the interviewees in "Linda and the Mockingbirds" talk about the pride this music and culture brings them. You've inspired people like Eugene and Lucina, who carry on this tradition. What observations do you have on the visibility and dignity of their Mexican heritage?

They inspired me! They were doing fine on their own when I met them. [Americans] don't realize people migrating come from beautiful cultures, and they left because of a drought, or NAFTA, which puts Mexican farmers out of business because of inferior U.S. wheat and corn. Most people who migrate don't want to leave their homes, and then they are treated badly here. They contribute so much. America doesn't realize [Mexicans] pay into the economy and can't draw out of it. They are willing to do low paying jobs and that pushes people to higher paying jobs.

If we can get political, you make a very pointed comment in the film as the bus prepares to return to the United States that your 2-year-old grandniece, Annabelle could be caged. There are other testimonies, such as one by Lucina, about detention and fears of deportation. What can be done to change minds about these fears — both the immigrants and the people who want to build the wall?

One thing is change immigration laws. Banks are making money from the cartels. Drug laws need to be changed. Get rid of the private prison system; it's like the new slavery with [cheap] labor and separating children and keeping them in inhumane conditions. It's a violation of human rights laws.

Watching the amazing Ballet Folklórico performance in the film, I wondered, Linda, you're a fantastic singer. But can you dance? These kids were singing, dancing, and playing music. I can't do any of those things!

The step they have to learn, and the phrasing are done together as a piece and that's an advantage they have. I wish I'd learned that as a child!

Last year "The Sound of My Voice" came out. This year "Linda and the Mockingbirds." I'm pleased there is so much renewed interest in your life, your music, and your legacy. What are your thoughts on all of this attention being paid to you now?

I had nothing to do with the films. They just happened. They weren't my idea. I'm retired.

I'd like to take credit, but it isn't the case.

"Linda and the Mockingbirds" is available digitally on Tuesday, Oct. 20.