If Joe Biden wins this election, mainstream media has plenty of catch-up work ahead

After Nov. 3, comparing Biden to Donald Trump may no longer be enough. It will be time to ask the hard questions 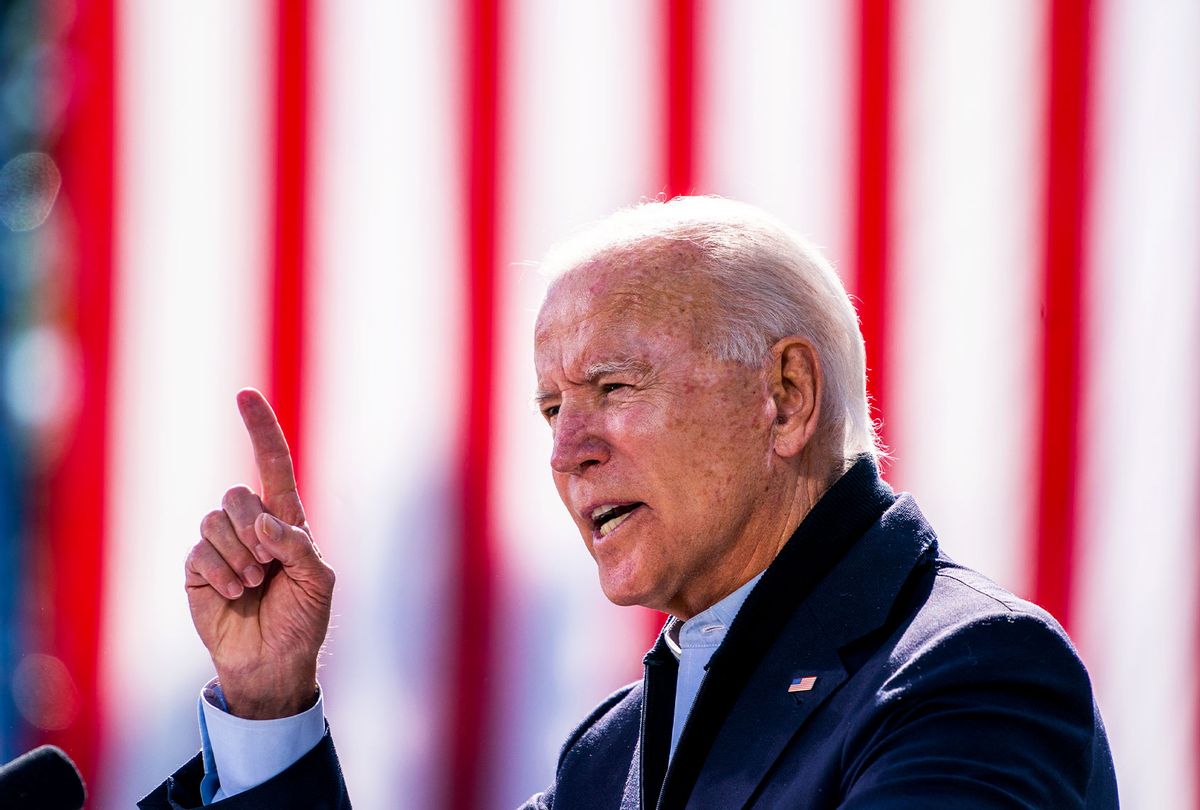 There's a lot we don't know about what kind of leader Joe Biden will be if he wins the presidential election.

None of it matters very much before Nov. 3, because this is not a normal election. There is nothing we could possibly learn about Biden that would make him a worse candidate than Donald Trump. We know Biden is a fundamentally decent man, with flaws. Trump is a disaster and an existential threat to core American values.

But the political press corps has never pressed Biden hard on, well, anything — not even when he was running for the Democratic nomination against several strong competitors. Reporters failed to aggressively question him during the primaries, a professional lapse I still don't understand.

Once it was clear Biden would become the nominee, everything suddenly became relative — relative to Donald Trump, that is. So the press corps' docile stance was largely appropriate. I was initially more worried that reporters might repeat the journalistic failures of 2016: blowing Democratic mini-scandals out of proportion, while underplaying Trump's unbounded corruption and tragic incapacity, to create the appearance of balance.

But Trump's clueless and disastrous response to a deadly pandemic — on top of his unhinged lies and some excellent investigative reporting on his finances — made that kind of false equivalence impossible even for the most jaded political journalists. The few attempted Biden gotchas have fallen terribly flat.

It wasn't Biden that the Washington press corps needed to hold accountable. He simply was not the story.

But all that changes if and when he becomes the president-elect.

The second he is declared the victor — or, given how long that could take, perhaps even once all the votes are cast — political journalists should hold Biden to the highest possible standards of transparency, logic and clarity.

They should demanding detailed statements about policy and personnel so we can hold him accountable going forward.

And yes, with Trump no longer a distraction, it may well be worth re-litigating the past to get a better sense of where Biden's weaknesses are — and to determine where he needs to be held to account most aggressively.

Barring a Trump victory, the biggest danger ahead is that, once the election is finally over, political reporters will all just breath a huge sigh of relief, kick back and see how things turn out. That eerily parallels what happened when Barack Obama was elected — and wildly underperformed as president, compared to expectations. American presidencies require the utmost scrutiny, no matter the circumstances.

Trump's legacy also needs to be emphatically addressed. He has so profoundly demolished reasonable expectations for the presidency that they need to be aggressively and intentionally revisited and rebuilt, stronger than before. The political press could help the nation move forward by engaging in reporting that helps establish model public codes of conduct for each agency and leadership position; lists of norms Biden should publicly commit to restoring; common-sense limits to executive power; expectations about submitting to oversight, and so on. There is a huge legislative post-Trump reform agenda to be covered, as well.

The first order of business, of course, is beginning to turn around the national response to the pandemic. The government's gears may take a while to shift, but to the degree that a huge part of Trump's failure has been in messaging, journalists must stop listening to him (so overdue!) and instead turn to the Biden team and require clear, detailed guidance and plans.

The political press corps must demand unprecedented transparency. That's the ultimate antidote to Trumpist authoritarianism. It starts with clarity over how policy is set, and by whom. Biden, Kamala Harris and their team members need to become a lot more available and more forthcoming about what they think and why they think it.

The switch to transition coverage needs to be quick and aggressive:

There are also questions that should have been asked during the primaries that are highly relevant again. Here are a few of them:

There are new questions, rising from recent comments. During Biden's first debate with Trump, and again during his ABC town hall on Oct. 15, for instance, he distanced himself from his own website's embrace of the Green New Deal as a "crucial framework" for addressing climate change.

How will conflicts between the things Biden blurts out and his stated positions — including the Biden-Sanders unity task force report — be resolved?

How will journalists report on Biden's rambling, sometimes incoherent statements? The fact is that sometimes it's not clear what he's thinking. News organizations have too often covered up Trump's vastly greater incoherence; they should be bolder about calling it out whenever a leader isn't making sense.

Remember: The barrage of critical, questioning coverage of Hillary Clinton during the 2016 election was not the result of a journalistic conspiracy against her — far from it. It was the result of an almost universally-shared presumption that she would win.

That coverage was not in the context of whether she was a better candidate than Trump, since that was barely even perceived as a question. It was in the context of how she would govern. Although some stories were terribly overplayed, they were written with the intention of holding the future president accountable.

The danger now is that Biden has been insufficiently held accountable. I suspect that many reporters already feel too comfortable with him because he seems to share their own centrist, non-threatening Washington cocktail-party ideology. They could also let him off the hook by comparing him to Trump, rather than by holding him to reasonable, vastly tougher standards.

It would be really bad for democracy — and, I would hazard, for the Biden administration itself — if he and his top people get used to not facing tough questions and not being held accountable.

That's ultimately Biden's promise: A return to an accountable government. When and if he wins, the press needs to step up and play its essential role.