That should make him president: Joe Biden shows up — and shows he's learned the lesson of 2016

Biden brushes off Trump's slurs: Has a Democrat finally grasped how to disengage from the right-wing smear machine? 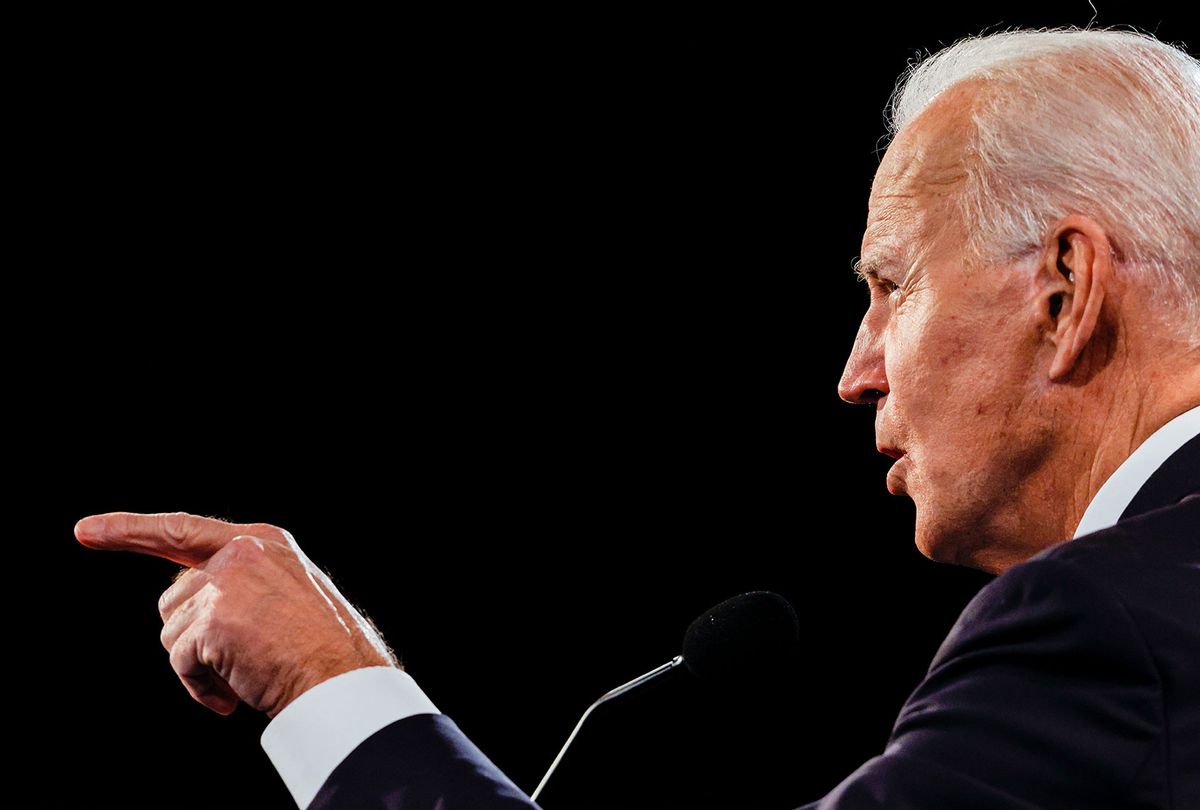 The bar was set so low — yet Donald Trump still failed to clear the mark. In his final debate performance of the 2020 campaign (and with any luck, his last one ever), the president fumbled the one attack line that his campaign had prepared against Joe Biden for years.

The first time Trump tried to hit the former vice president over his son Hunter Biden's foreign business dealings, the senior Biden defended Hunter with the compassion and empathy he so often conveys while recalling the loss of his other son, Beau Biden, or of his first wife and infant daughter in a 1972 car accident. Clearly hesitant to queue up another softball for his opponent, Trump was forced to tread lightly on Thursday night, even though his campaign has revved up its wild Biden-centric conspiracy theories through the right-wing media echo chamber. Indeed, it was Biden who baited Trump into bringing up Hunter first, illuminating what the Biden campaign — after prepping the nominee extensively for days — thinks of the Trump campaign's last-minute gambit.

"All of the emails ... the horrible emails of the kind of money that you were raking in, you and your family," Trump began. "And Joe, you were vice president when some of this was happening. And it should've never happened. I think you owe an explanation to the American people."

It's unclear how many viewers understood any of that. But apparently, when you launch your re-election campaign as soon as you take office, all you can really come up with is, Hey, let's try "emails" all over again. Trump's October surprise is no surprise at all. This was always his Plan A and Thursday's performance proves that there was no plan B. As Salon's Amanda Marcotte points out, this new fake Biden scandal, somehow involving China, is a continuation of the same effort to push a phony scandal in Ukraine that got Trump impeached: "[T]he only thing he knows how to do is cheat — and the only way he knows how to cheat is by threatening and blackmailing other people to do the work for him."

This entire concoction is several layers of stupid, as demonstrated to perfection by the pre-debate release of a Wall Street Journal editorial alleging that the former vice president allowed Hunter to sell access to him, followed by the post-debate debunking of those claims — by the Wall Street Journal's news division. It would be comical if it weren't so dangerous.

All of this amounts to lukewarm leftovers from the election that shall forever haunt us: 2016.

Once again Trump attempted to troll his opponent with his debate guest list, this time including a former "business partner" of Hunter's who has claimed that the pair were looking to make a deal in China in 2017 — when Joe Biden was a private citizen. After characterizing Biden as weak and senile for months, Trump now wants us to think he's a powerful mob boss, with his fingers in financial pies around the globe. Although Trump called the latest allegations "damning," Tony Bobulinski, Hunter Biden's former business partner, has admitted that no Chinese deal was ever happened. To top it off, the New York Times has reported that during the time of these supposedly scandalous dealings, Donald Trump personally opened a secret bank account in China.

Even by the standards of Rudy Giuliani's sleaze-mongering projects, this one was inept. Maybe Rudy farmed this particular operation out to Jacob Wohl.

Hunter Biden's alleged wrongdoing isn't a real story, at least not yet. But this stuff is never about legitimate evidence. It's about creating a distraction and allowing Trump to make egregious claims that the right-wing media regurgitates and amplifies with massive speculation of what might be there, not what can actually be proven or established. As with Hillary Clinton during the 2016 campaign, there isn't time for an investigation. (You will notice that Trump has been in charge for nearly four years with the likes of FBI Director Christopher Wray and successive attorneys general Jeff Sessions, Matt Whitaker and Bill Barr at his disposal, and no charges have been filed against Clinton for anything at all). This is just another way to rile up the president's shrinking base. The people who claim to want answers are also the same people who already believe they know the whole story. (Time for Trump supporters to yell "Fake news" followed by chants of, "Lock him up!")

The incoherent saga of Hunter Biden's "laptop from hell" is a bad story, badly told. And the Trump campaign didn't even start peddling this nonsense until 50 million people had already voted. Trump's team is beginning to craft exit strategies, and the president himself is visibly floundering.

To be fair — as if that were remotely necessary — there was a notable shift in Trump's tenor to kick off the final debate. But trying to execute that elusive "presidential pivot" 12 days before Election Day can hardly be described as a success for an incumbent who is badly trailing in the polls. Considering that there has been essentially no change in public opinion on this race since the spring, even with everything that's transpired, it's preposterous to think that Trump's lackluster performance can swing a significant number of votes in his favor. Yet another night full of unchecked lies from Trump is dangerous but it's not nearly enough to change this race.

Of course, both Trump's Department of Justice and the Republican Senate have found no discernible wrongdoing on Biden's part to date. Trump fumbled his biggest political play before Election Day, but Biden also did something important. By simply ignoring the demands to answer the Trump campaign's wild allegations, Biden shows he may know how to deal with the right-wing smear machine better than his eagerness to deal with Republicans in Congress conveys.

Even beyond the personal attacks on his family and character, Biden has shown remarkable savvy by not caving in to pressure to appease conservatives in a manner that might deflate his base in the final days. For weeks, Biden has refused to outright reject expanding the Supreme Court, and has repeatedly reframed the discussion around Republicans' remaking of the federal courts through obstruction. Looks like at least one candidate in this race isn't stuck in 2016.