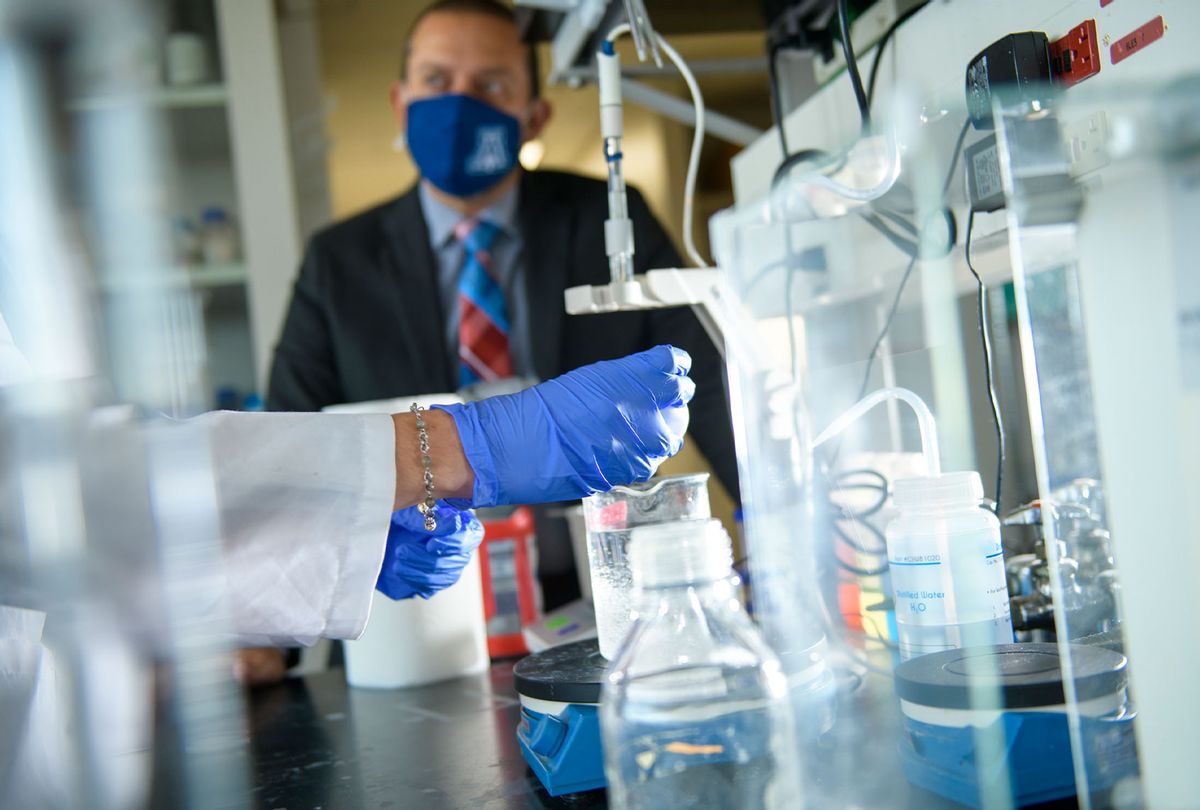 A new study from University of Arizona Health Sciences found that SARS-CoV-2 (the virus which causes COVID-19) may actually have a pain-diminishing effect on those it infects, particularly in the initial phase of infection.

The finding may partially explain how the virus is able to so easily spread from people who think they are perfectly healthy, yet are actually pre-symptomatic. The study was published this month in the scientific journal of the International Association for the Study of Pain.

Specifically, the researchers believe that the novel coronavirus co-opts a specific pain receptor in the body, effectively co-opting it and thus reducing the experience of pain in the body.

While generally, less pain is better in medicine, the authors of this study note that this behavior by the virus is not necessarily a good thing. "A 'silencing' of pain via subversion of VEGF-A/NRP-1 [the receptor in question] signaling may underlie increased disease transmission in asymptomatic individuals," the authors conclude. In other words, someone with the virus might feel well and fine thanks to the way the virus is co-opting their experience of pain.

"There are many people being infected with Covid across the globe and it comes to our realization, in the last few months or so, that there are some symptoms that people experienced that are affecting the nervous system," Dr. Rajesh Khanna, lead author and corresponding author and professor of pharmacology at the University of Arizona Health Sciences Center, told Salon. "People have been complaining of headaches, muscle pains, joint pain, brain fog, loss of taste and smell. All of these things have been coming and being recorded. And so what we're adding to this litany of symptoms is the idea, in the initial stages, when you don't have full blown COVID-19, when you're perhaps asymptomatic or presymptomatic, you have this fact where the virus itself is giving you pain relief."

He added, "So you're feeling like you have no pain, which means that you are — quite wittingly, perhaps — spreading the virus. So that's really the point of our finding, which is that you're getting this unwanted or surreptitious kind of pain relief that's being provided by this virus early on."

If more studies bear out the findings of the Arizona researchers, it would constitute another way that the virus seems to cleverly encourage transmission before patients know that they are infected.

Dr. Henry F. Raymond, an epidemiologist at the Rutgers School of Public Health, previously told Salon that the novel coronavirus appeared to be in a class of infectious disease that spread before the original infected person is aware of being infected. "Depending on the person someone could become infected with SARS-CoV2 and never exhibit symptoms but still shed virus in respiratory excretions," Raymond told Salon. "We should assume there is potential asymptomatic spread and take the necessary precautions such as wearing masks, social distancing, reducing the number of people we are in contact with," he added.

Yet the pain-reducing side effect would be a new twist on an old viral strategy.

Dr. Khanna explained that their discovery suggests that there are mechanisms that cause COVID-19 to reduce sensations of pain in some of those who develop the disease, although he emphasized that this appears to be the case for the early stages of the virus only.

"We don't have a full handle on it, but our thinking currently is that — in the initial stages versus the late stages — there may be a couple of things happening," Khanna told Salon. One example is "differences in the immune activation. So when you have a virus, or any kind of viruses like these, you have a full blown viral attack. So perhaps in the early stages, this virus gives you some sort of prevention from that full-blown immune attack." He also offered the explanation that the virus "works by coming into a secret sort of door" — namely the receptor in question — which allows the disease to dull pain in its sufferers.

Salon asked Dr. Khanna if the unorthodox mechanisms used by the novel coronavirus to reduce pain in some of its infectees could also explain another unusual symptom associated with the disease, anosmia (the loss of the ability to smell).

"I think there are some parallels," Khanna told Salon. "I think the pathways that lead to anosmia and pain or pain suppression are through similar kinds of receptors and ion channels that fit in some of these key neurons that convey these eventual smells or pains. So I wouldn't be surprised if, with some of the pathways, there parallels between them."