Facebook denies their algorithm change targeted specific sites, though it had a slanted political outcome 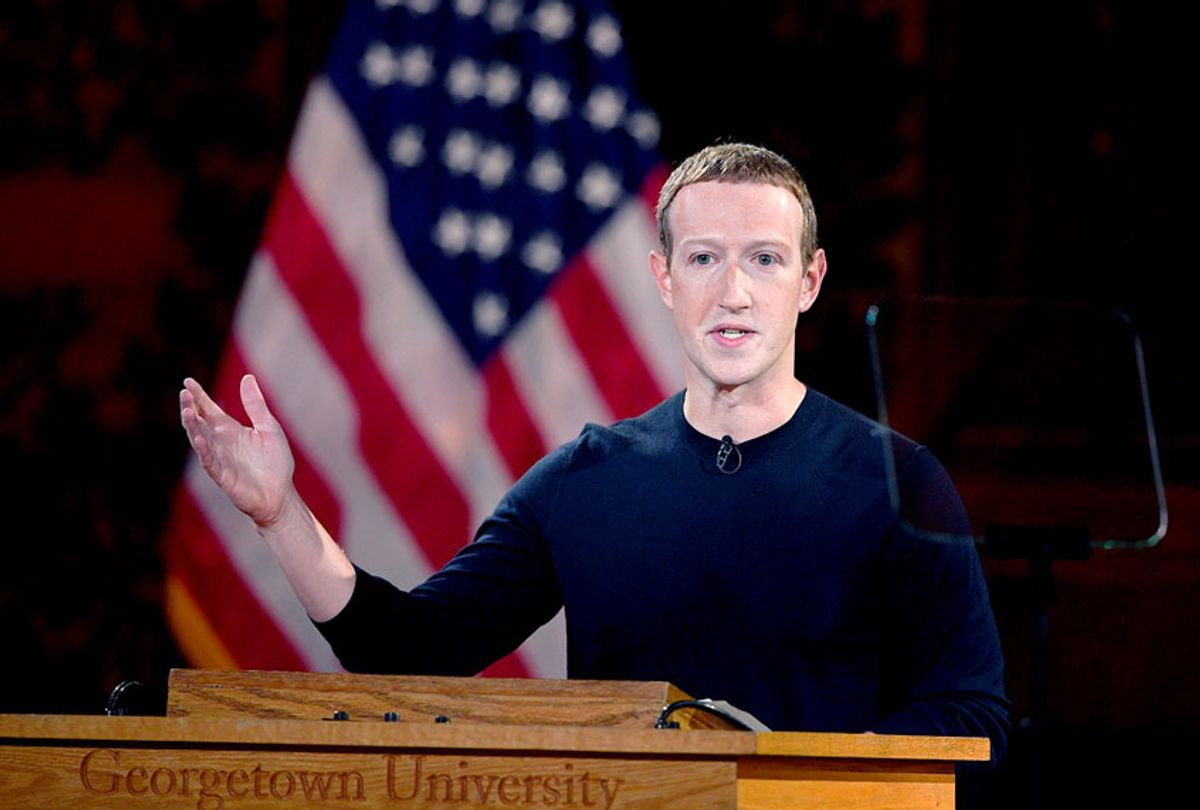 Facebook is under fire once again for allegedly being biased toward conservative media outlets — only this time, it is also being accused of throttling left-wing media outlets in the process.

When tweaking its newsfeed algorithm in late 2017, Facebook bowed to pressure from policy executives who were concerned that the new changes would hurt right-wing media outlets on the site like the Daily Wire, according to a report earlier this month by The Wall Street Journal. As a result, Facebook CEO Mark Zuckerberg approved of plans for the company to tweak its newsfeed algorithm in such a way that left-leaning sites like Mother Jones were allegedly disproportionately affected.

"We did not make changes with the intent of impacting individual publishers," a Facebook spokesperson told Salon. "We only made updates after they were reviewed by many different teams across many disciplines to ensure the rationale was clear and consistent and could be explained to all publishers." Both NBC News and Recode reported at the time that the 2018 algorithm change prioritized content from friends and family and targeted all public pages, although the news industry inevitably took a major hit.

Yet the Journal report cited anonymous internal sources who specifically mentioned Mother Jones as an example of a "left-leaning site" that was "affected more than previously planned."

Mother Jones Editor-in-Chief Clara Jeffery was outraged at the Journal's report, however, tweeting that "it's not an unintentional by product of [re-]working. It's an INTENTIONAL change to hurt shops that do serious investigative journalism." She then posted a link to the top-performing links by U.S. Facebook pages on Oct. 16, a list that included Trump-supporting conservatives like Dan Bongino, Fox News, Breitbart, Franklin Graham and Trump himself.

She added, "This year, we've done everything we can to not lay people off. But it's meant pay cuts for our higher paid employees, loss of 401K match."

While a Facebook spokesman told the Journal that "we did not make changes with the intent of impacting individual publishers," the site was also reported to have argued that Courier Newsroom is not a real news outlet. Courier Newsroom is a group of eight progressive local-news sites that is partially owned by left-wing donors who have ties to the Democratic Party. The company subsequent implemented a policy blocking what they described as partisan-backed sites from Facebook News, limiting their advertising and restricting their access to Facebook Messenger and WhatsApp.

This is not the first time that Facebook has been accusing of having a bias toward right-wing media sources. BuzzFeed News reported in August that a senior engineer was allegedly fired for collecting internal evidence that the company expressed bias toward major right-wing accounts by helping them remove fact-checks regardless of whether they were actually posting inaccurate material. Although Facebook denied that the employee was terminated for speaking out, other Facebook employees countered that assertion. In addition, a journalist at one of Facebook's American fact-checking partners claim that right-wing sites are more likely than their left-wing counterparts to call Facebook and complain of being censored if they are fact-checked.

"I think Facebook is a bit afraid of them because of the Trump administration," the journalist added.

"Instagram's 'bug' claims do not pass the smell test," Michelle Kuppersmith, the executive director of Campaign for Accountability (of which TTP is a part), told Salon at the time. "Our review found that 10 out of 10 popular Trump campaign hashtags were protected, while 10 out of 10 equivalent Biden campaign hashtags were not, allowing misinformation. That does not appear to be random bug."

Zuckerberg has developed close ties with prominent conservatives including President Donald Trump's senior adviser Jared Kushner and Daily Wire co-founder and Trump supporter Ben Shapiro, and has hired right-wingers like PayPal co-founder Peter Thiel and former deputy chief of staff to President George W. Bush Joel Kaplan to powerful positions in his company. He has also reportedly told his staff – many of whom are left-leaning and have protested Facebook for not doing more to stop Trump from spreading misinformation — that their user base is more conservative. Controversially, Zuckerberg has even refused to remove posts by Trump that some employees claim violate the company's rules, and is reported to have privately met with the president last year. More recently The Markup reported that between July 1, 2020, and Oct. 13, 2020, Facebook required Biden's campaign to pay on average nearly $2.50 more for every thousand impressions than Trump. (Earlier this month the company did limit the spread of a dubious New York Post story smearing Trump's election opponent, former Vice President Joe Biden.