So much for tech's anti-Trump bias: A new study reveals a pro-Trump "bug" on Instagram

For months, a supposed glitch in Instagram hid anti-Trump hashtags but freely featured anti-Biden ones 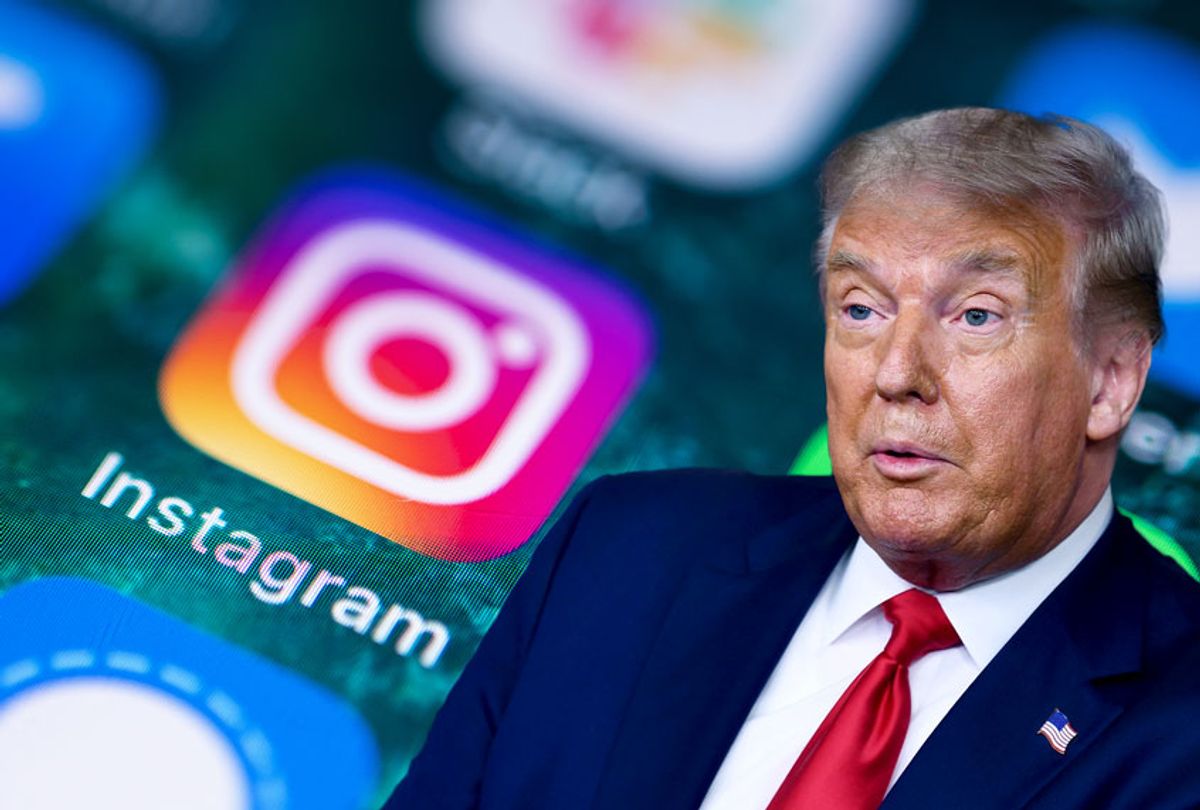 A new report reveals that Instagram hid hashtags that criticized President Donald Trump while failing to protect those that criticized the presumptive Democratic nominee, former Vice President Joe Biden — an odd double-standard that the company insists was due to a "bug." The so-called bug resulted in a bias towards the content users would see about each presidential candidate.

According to a report by the Tech Transparency Project (TTP), researchers analyzed the "related hashtags" that came up when they clicked on 10 different popular hashtags about Trump and 10 different popular hashtags about Biden. They found that for the Trump-related hashtags — including #trump2020, #donaldtrump and #trump — the display for related hashtags was blocked, meaning that users would not be directed to unrelated content including material that portrayed the president in a negative light. When the researchers searched for popular pro-Biden hashtags, however, they found that the site showed related hashtags including many that were critical of the former vice president, including #joebidenpedophile, #creepyjoebiden and #joebidenisaracist.

Instagram seemed to block all related hashtags after a BuzzFeed reporter contacted the social media platform about the report.

"Instagram's 'bug' claims do not pass the smell test," Michelle Kuppersmith, the executive director of Campaign for Accountability (of which TTP is a part), told Salon. "Our review found that 10 out of 10 popular Trump campaign hashtags were protected, while 10 out of 10 equivalent Biden campaign hashtags were not, allowing misinformation. That does not appear to be random bug."

Kuppersmith said she also found it "odd" that the platform reacted to their report by blocking all related hashtags, which "doesn't make sense, but it does prevent reporters from looking into who else benefited from the hidden feature. We look forward to Instagram's explanation."

A spokesperson from Instagram told Salon that they became aware of the hashtag search issue when BuzzFeed reached out to them. The spokesperson claimed that there were tens of thousands of hashtags for which "related hashtags" were not showing up, that a majority of those were not political (citing #menshair and #artofdrinks as examples) and that the "related hashtags" feature has been turned off so the company can get a better sense of what is causing the problem and more effectively find a solution. The spokesperson also claimed that there were Trump hashtags that were not impacted, such as #trumppence2020 and #votetrump, and that the hashtag #democrats was impacted.

When Salon pointed out that it seemed like an unlikely coincidence for 10 out of 10 Trump hashtags to have the "related hashtags" feature turned off, but none of the 10 Biden hashtags, the spokesperson insisted that this was not intention on the company's part. The spokesperson shared this statement with Salon: "A technical error caused tens of thousands of hashtags to not show related tags. We've disabled this feature while we investigate."

One irony in the Instagram story is that Trump has frequently accused popular social media platforms of being against him. He blasted Twitter in May after the company after it flagged two of his tweets for factual errors and later retaliated against the company by signing an executive order that could remove legal protections which prohibit lawsuits against it based on content posted by their users. The following month, after Twitch temporarily suspended Trump's account and Reddit removed a popular pro-Trump forum, Raheem Kassam — a right-wing commentator who co-hosts a podcast with former Trump adviser Steve Bannon — told Salon that the companies who act against Trump are taking an "unnecessary risk" with " people's jobs and livelihoods by taking partisan positions against someone who – if re-elected – is going to pursue you with the full force of the U.S. government for censoring conservatives."

As a source at the Tech Transparency Project pointed out to Salon, however, "the TTP has repeatedly shown through its investigations that tech platforms allow misinformation and extremist voices to proliferate."

Salon reached out to two legal experts for their thoughts on the possible free speech issues involved in Instagram's actions if they were intentionally partisan.

"I don't know what the facts are — but I agree entirely that Instagram and similar platforms ought to treat the Democratic and Republican candidates the same way," UCLA School of Law Professor Eugene Volokh told Salon by email. "If there is indeed such a 'bug,' then I assume Instagram will be promptly fixing it (and indeed they say they've disabled the related-hashtag feature altogether while they're investigating). In this respect, it's like other past incidents where there seem to have been unintended effects... that the platforms change once they're alerted to them."

Volokh cited as one example a report that Facebook's policy on ads may have unintentionally restricted some anti-abortion advocacy groups.

Harvard Law professor Laurence Tribe told Salon by email that TTP's discovery "raises no free speech issue under First Amendment law because Instagram is a private platform not subject to First Amendment constraints." He contrasted this with how Trump was barred by an appeals court from discriminating among Twitter users on the basis of their viewpoint, because "although Twitter is private, Trump is obviously a government actor."

Tribe also noted that it was more "troubling" that Instagram as a private business decided "to confer on the incumbent president a massively valuable benefit – one worth more than mere dollar contributions in the tens of millions – while correspondingly harming his opponent in the forthcoming general election." He argued that this "unquestionably raises serious issues of impermissible in-kind corporate contributions to a presidential candidate, contributions that could well be found to violate federal campaign finance laws especially given their unreported and deliberately opaque character."

Tribe also pointed out that "to the degree that Instagram might seek favorable treatment from any federal government agency (like the FCC or the FTC) that could potentially regulate that company," Instagram's supposed "bug" raised concerns because "the very fact that Instagram has conferred a major benefit on the president who potentially exerts significant control over all federal agencies, even those that are ostensibly independent, in a world where the U.S. attorney general peddles and pursues a 'unitary executive' theory of the most extreme sort" could be viewed as a legal and ethical problem.

"Even without proof of impeachable bribery, the president could well be guilty of creating both the reality and certainly the appearance of corrupt exchanges of financial benefit for regulatory forbearance," Tribe concluded.

Another wrinkle in the Instagram fiasco is that the platform has been owned by Facebook since 2012. CEO Mark Zuckerberg has been criticized for not taking a stronger stand against the racist, hateful and factually inaccurate content regularly posted by President Donald Trump, a development that has prompted Facebook employees to rebel against their boss and advertisers to pull their support from the company. Zuckerberg also met with Trump in the White House at least twice in the autumn, raising further concerns about his companies' attitudes toward content posted by the president and his supporters.