Advertisers flee over the platform's tolerance of hate speech and disinformation. Is Zuckerberg about to cave? 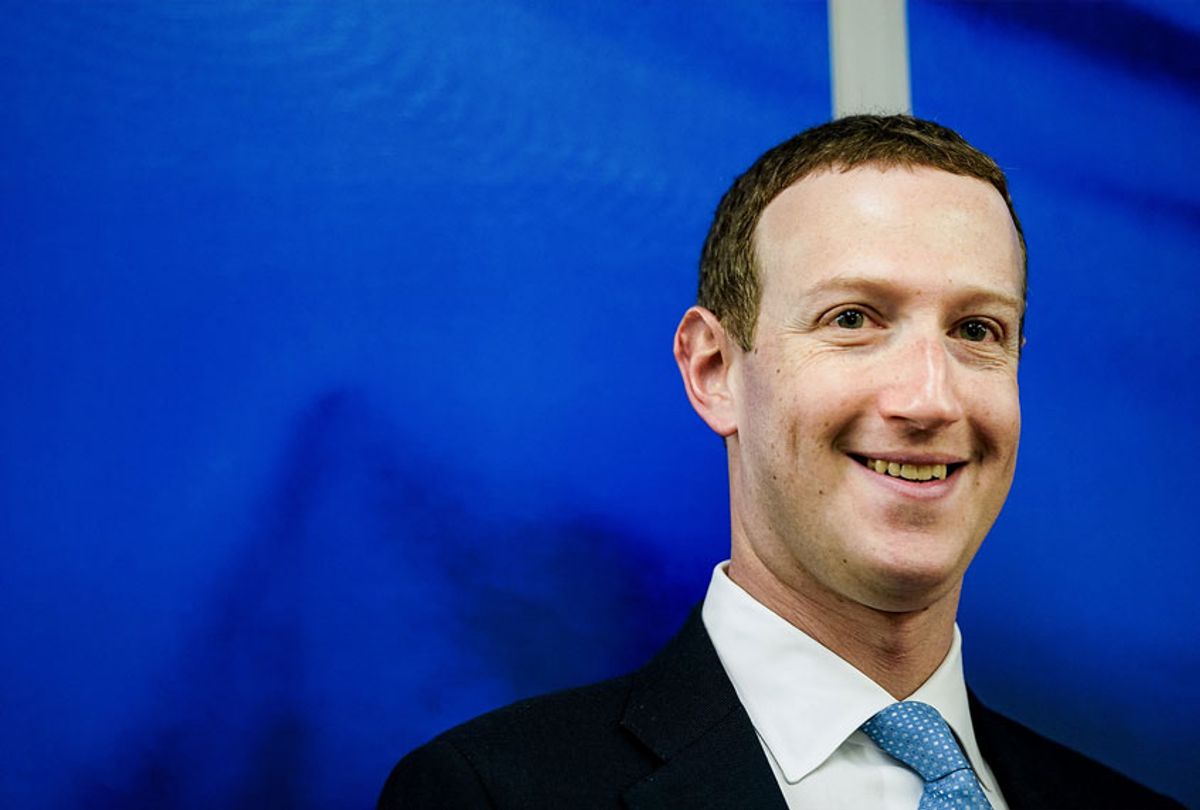 Facebook CEO Mark Zuckerberg agreed on Wednesday to meet with civil rights groups that have successfully organized a massive corporate boycott against the social media platform for its hate speech policies.

Zuckerberg will be joined by Chief Operating Officer Sheryl Sandberg and Chief Product Officer Chris Cox, according to a report by Bloomberg. The meeting will be held after Zuckerberg reached out to civil rights groups including the National Association for the Advancement of Colored People, the Anti-Defamation League and Color of Change.

In addition to controversies surrounding the company allowing President Donald Trump to use its platform to disseminate hate speech — particularly leaving up a post about the George Floyd protests saying "when the looting start, the shooting starts" — the company has also been criticized for allowing hate speech that contributed to a 2017 genocide against Rohingya Muslims in Myanmar and for the fact that a terrorist used the site to livestream mosque shootings in New Zealand last year. The company has also done little if anything to crack down on misinformation about the George Floyd protests, and has enlisted fringe right-wing news site The Daily Caller as a fact-checking partner; it also lists the right-wing nationalist site Breitbart News as a "trusted" source.

The boycott movement, known as Stop Hate for Profit, skewered Facebook with a series of rhetorical question:

"Could they protect and support Black users? Could they call out Holocaust denial as hate? Could they help get out the vote? They absolutely could. But they are actively choosing not to do so."

Last week a Facebook company spokesperson defended the organization to Salon when asked about the boycotting actions of Verizon and Unilever, two huge corporations who were withholding advertising dollars.

"We invest billions of dollars each year to keep our community safe and continuously work with outside experts to review and update our policies," the representative told Salon. "We've opened ourselves up to a civil rights audit, and we have banned 250 white supremacist organizations from Facebook and Instagram. The investments we have made in AI mean that we find nearly 90% of Hate Speech we action before users report it to us, while a recent EU report found Facebook assessed more hate speech reports in 24 hours than Twitter and YouTube."

The company added, "We know we have more work to do, and we'll continue to work with civil rights groups, GARM, and other experts to develop even more tools, technology and policies to continue this fight."

Facebook's both-sidesism over misinformation and hate rhetoric has put it at odds with other major tech companies. Twitter has recently begun to hold President Donald Trump accountable for some of his problematic tweets, prompting the president to retaliate against the company with an executive order. Since then Twitch, a popular video streaming service associated with the gaming community, temporarily suspended President Donald Trump's account after the company accused Trump of violating their policies on hate. And on Monday, Reddit banned a popular pro-Trump forum called r/The_Donald along with roughly 2,000 other forums, while YouTube banned explicitly white supremacist channels including those run by American Renaissance, David Duke, Stefan Molyneux and Richard Spencer.