Navigating the workplace on the spectrum: What it's like being disabled in the pandemic-era office

Workplace discrimination against the neurodivergent is so common, most co-workers have no idea they're doing it 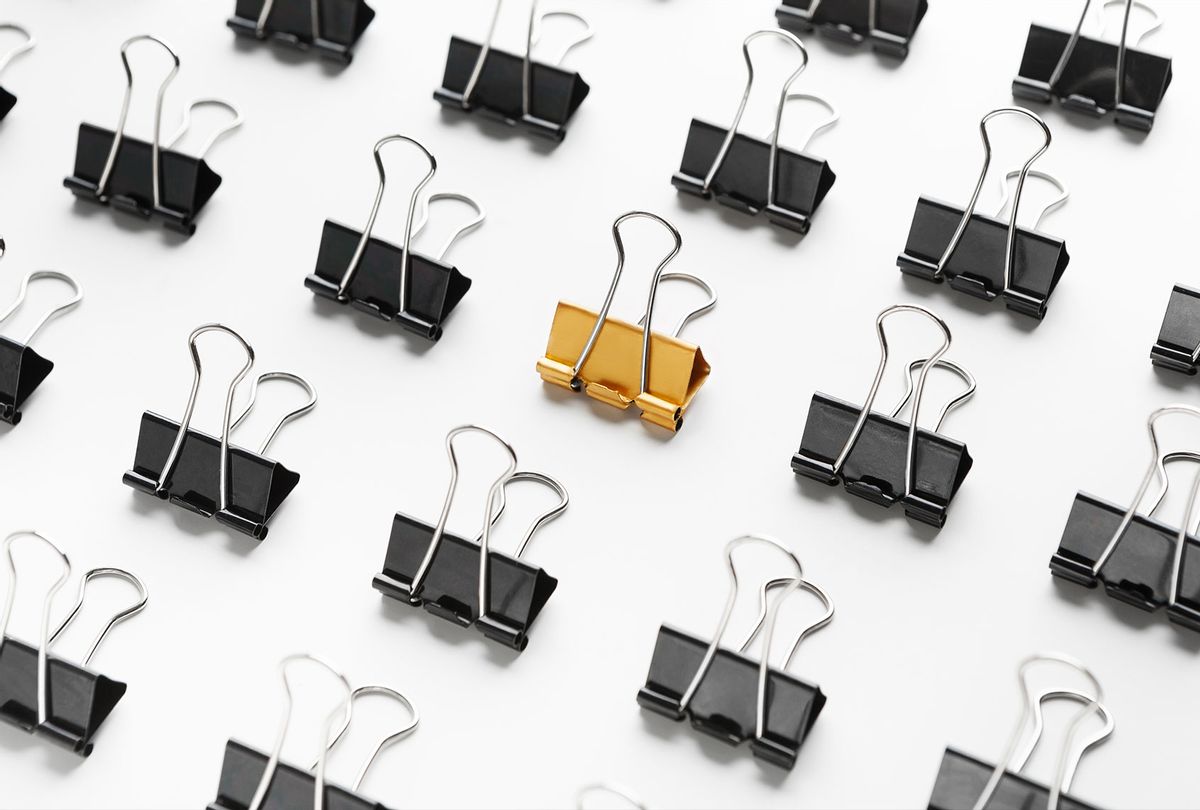 One yellow binder clip between black ones (Getty Images)
--

I am autistic. As a result, for most of my life, I have been labelled "annoying" — and this has made it difficult for me to obtain and hold down employment.

To be clear, I am not claiming that the epithet "annoying" is the only way in which I have faced employment-based discrimination as an autistic person (it is not). Yet as I researched on the experiences of autistic people in the workplace this month — which is, incidentally, National Disability Employment Awareness Month — I discovered that "annoying" is a common word to describe autistic people. I asked autism experts whether this was their experience as well.

The unanimous consensus was that, yes, neurotypicals (meaning a person who is not autistic nor otherwise atypical) do often describe neurodivergent individuals like autists as "annoying"... and that this very much contributes to workplace discrimination.

"I've had to learn how to do things to make myself less annoying," Temple Grandin, an autistic autism rights advocate who has a flourishing career as an animal behavior specialist, told Salon. "Like I've learned not to go on and on and on talking about some movie or something that other people are just not going to be as interested in it as I am. I've learned not to do that."

Being viewed as annoying is just one of the many challenges facing autistic people in the workplace.

"It's incredible hard for [autistic people] to get a job in the first place," Dr. Whitney Ellenby, a former U.S. Department of Justice Disability Rights attorney and author of the book "Autism Uncensored: Pulling Back the Curtain," told Salon. "Just to get the necessary training to be qualified, to be a qualified person with a disability for a job, can be very difficult because education tends not to be geared towards preparing them for the workforce." She added that, even if autistic people do find employment, "depending on their functioning level, they're almost always paid sub-minimum wage. Many states are moving to change that. But so they're not even earning the same amount as workers who get minimum wage, even frequently when they're doing the same sorts of jobs. So the way it works in the disability community is often that they are either last ones hired, the most underemployed demographic, and potentially the lowest paid."

"Unfortunately things closing down has impacted the work opportunities for disabled people," Plank explained. "But even long before shutdowns, disabled people have always faced significant barriers in employment. I've seen many stats that say that at least 80% of autistic people (including college graduates) are unemployed or underemployed. I've always noticed that the hiring processes tend to favor neurotypical people (focus on social skills, in person interviews, networking, etc)."

He added, "The job forum on WrongPlanet.net has always been filled with people asking things like how to do an interview, how to get along with coworkers, and what jobs would be good for autistic people. The pandemic has made this a much bigger issue."

In other words, like so many other marginalized communities, the pandemic has exacerbated problems facing autists that were already very severe. The question, of course, is how to solve those problems.

The first part of the answer is that our culture, particularly our work culture, needs to change. Neurotypicals often are prejudiced in how they view us, something that is rarely talked about. Just because a neurotypical person does not consciously think of themselves as hating autistic people does not mean they don't discriminate against them. If you expect everyone to behave in neurotypical ways — consistently making eye contact, picking up on unspoken social cues, being able to hold "normal" conversations, not requiring accommodations when seemingly innocuous stimuli cause them anxiety — and find it "annoying" when they do not, you have a prejudice. And once you have a prejudice, it does not take much to hurt an autistic person's career.

"It's almost a slippery slope, because a person can say, 'Oh, well, I don't think X person deserves civil rights or is a human being, but I'm not going to mistreat them,'" Morénike Giwa-Onaiwu, an American educator and autism and HIV advocate, told Salon. "I mean, just the fact that it came out of your mouth, it's gaslighting the person. I really feel like we are adults. People in the workplace are adults and are expected to conduct themselves as mature individuals who are capable of holding down a job, of working. They therefore need to understand that in an environment or workplace people have different strengths and weaknesses, and you're not going to like them all."

Giwa-Onaiwu also told Salon that "the onus or the problem is on the other party, when you are the one who doesn't understand." She argued that "what would be better is if [neurotypical] people could find tools or ways or strategies to help them" figure out how to better communicate with and understand autistic people.

I can say that, from personal experience, I have coped with being autistic in the workplace through the same methods that Grandin described — to try "to make myself less annoying." This and other attempts to behave neurotypically is known as "camouflaging" (studies have shown it can have a particularly harmful impact on women) and, as I can attest, is very much a mixed blessing. When you have to camouflage to hold down a job, or fit in socially, or not accidentally make a spectacle of yourself in public, it's a bit of a no-win situation. If you fail, then you're just one more annoying person that everyone wishes would go away. If you succeed, then people question whether your autism is really that big a deal (or real at all) — and since no autistic person is capable of successfully camouflaging every moment of the day, those people tend to be harsher toward you when your energy slips and you start to be "annoying" again.

The second part of the answer in terms of how to help autistic people in the workplace is for autistic people to lean into the strengths that come from having our condition. None of this is meant to excuse the prejudice that we face — it is wrong, full stop. Yet there are ways in which being autistic is a glass half-full situation, and we should not be oblivious to that.

"First of all, develop a skill that you're good at," Grandin told Salon. "Visual thinking is a skill that I was good at. And I was very good at doing drawing and designing equipment. I would recommend to do what Stephen Hawking says, concentrate on the things your disability doesn't prevent you from doing well. He could do math in his head really well and not much else. So that's what he did."

She added, "The other thing I learned to be successful was selling my work. Like I started writing for our farm magazine and I got a reputation for writing good articles. When I covered a cattle industry meeting, I covered that accurately and people respected that."

In terms of facing the problems unique to the pandemic, Plank offered this bit of wisdom.

"Looking for a solution, I asked the advice of a therapist who specializes in addressing the challenges faced by creative people like me (writers, musicians, and other artists who often can get stuck when isolated for long periods of time)," Plank told Salon. "He suggested getting on a zoom call with someone else who is working and work together virtually. I tried this and it was great. Sometimes we'd say something to one another but we both had our own work we needed to get done. Another piece of advice he gave me that helped with the procrastination was to just describe what I needed to do to someone else."

A few years ago, I visited the set of "Sesame Street" and "interviewed" Julia, the the first autistic muppet in the history of the show. When speaking to Julia, I gave the same advice as Grandin — that one way to cope with being autistic is to find something you love, be really good at it and make it so that the rest of the world has no choice but to recognize your exceptional gifts.

Yet as I also wrote after my emotional visit to the set, "I wasn't a Lonely One because I was autistic: I was a Lonely One because I was raised in a society which is intolerant of people who are different, which in my case happened to be as a result of autism. If we're going to reduce the number of Lonely Ones out there, we need to start by making it clear that everyone deserves to be loved no matter how far they deviate from the norm."