Republicans have been working toward this moment since well before Bush v. Gore. There's only one way to stop them 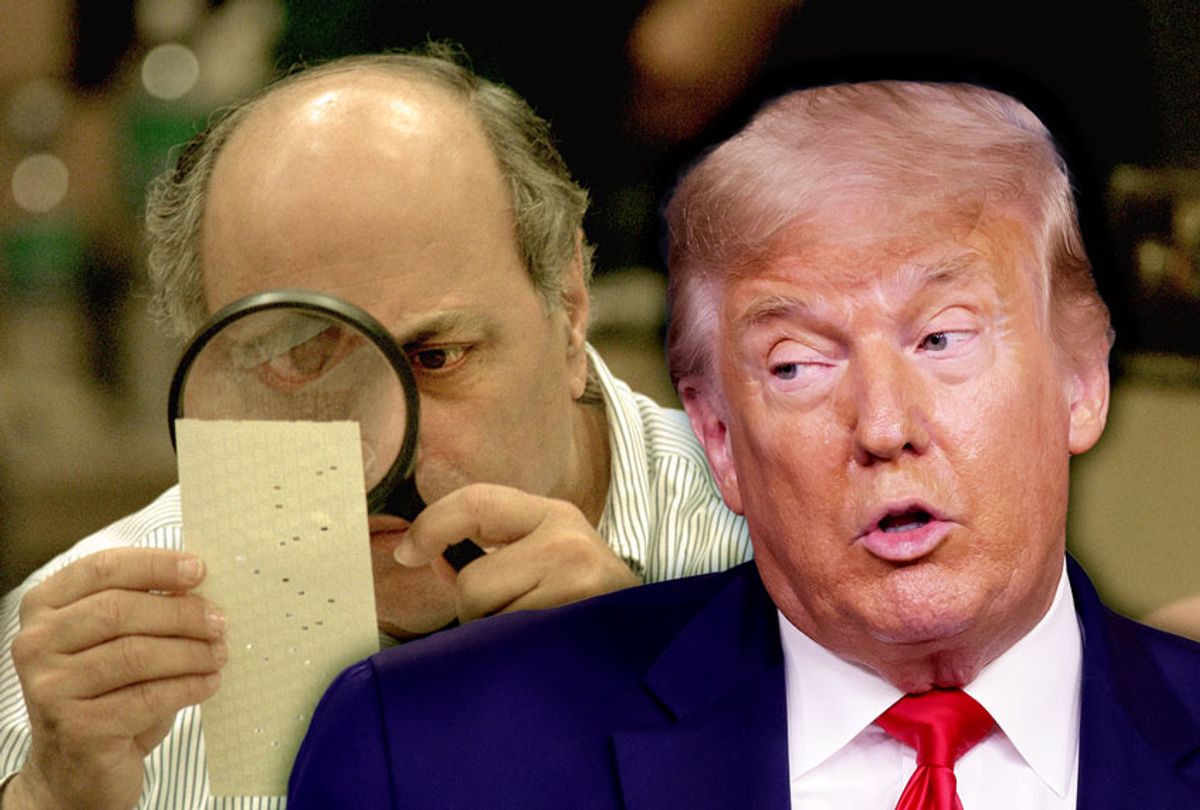 I have written many times about the ongoing vote suppression schemes by the Republican Party and traced the argument that undergirds it all the way back to the founders, one of whom, John Jay, had a favorite maxim: "Those who own the country ought to govern it." Those who believe they "own" the country have wanted to keep the right to vote to themselves from the very beginning and the fight for universal suffrage has never stopped.

Since the civil rights movement finally ended Jim Crow and secured the right to vote for Black citizens throughout the country, the Republican coalition of conservative (mostly) white people who seek to retain their privilege as a higher caste is the faction that seeks to restrict the franchise. It isn't as easy to do that as it used to be.

As far back as the 1980s, Republicans put together a legal strategy and formed a network of lawyers devoted to suppressing the vote of racial and ethnic minorities as much as possible. They sought to restrict immigration and end birthright citizenship because they believe these people will threaten their "ownership" by voting for the Democratic Party. They went from state to state to try to pass voter ID laws and in recent years they have marshaled the forces of the Department of Justice and the federal judiciary to make voting as difficult as possible.

Much of this has been justified by a supposed need to stop rampant voter fraud, which is nonexistent on any systematic scale. To the extent it happens at all, it's usually Republicans who profit from it. These are all solutions in search of a problem which only serve one purpose: preventing Democrats, mostly people of color, from voting.

In 2013 when the Supreme Court decided in Shelby v. Holder to gut the Voting Rights Act, ruling that the country "has changed" and Congress should pass new laws to reflect "current conditions," it was clear that the court under Chief Justice John Roberts was sending a signal to the conservative judiciary that voting rights were back on the agenda, big time.

After all that, it's a bit much to see establishment Republicans express shock at what's happening in this election. Politico reports:

"What we have seen this year which is completely unprecedented … is a concerted national Republican effort across the country in every one of the states that has had a legal battle to make it harder for citizens to vote," said Trevor Potter, a former chair of the Federal Election Commission who served as general counsel to Republican John McCain's two presidential campaigns. "There just has been this unrelenting Republican attack on making it easier to vote."

Nonetheless, I must at least agree that throughout these last few decades of challenges to voting rights, Republicans have always at least upheld the pretense that they were operating in good faith. It was never believable, but the charade of concern about voter fraud or illegal immigrants voting was the tribute o hypocrisy that vice paid to virtue. They acknowledged, however spuriously, that vote suppression for the express purpose of stealing elections was undemocratic.

As with everything else in the Trump era, such adherence to old-fashioned notions of right and wrong are no longer operative. In this election we are seeing a vote suppression effort of unprecedented scale, with no serious attempt to justify it other than an exercise of sheer partisan power.

The Republican standard-bearer has such a big mouth and is so crudely dishonest that they really have little choice in the matter. He openly declared that if he loses it can only be because the election was rigged by the Democrats and he seized upon mail-in voting during the pandemic as the method by which they would do it. Of course he said the same thing in 2016 without even that much explanation, so it's clear that this is just his all-purpose excuse for any possible defeat. Donald Trump can't lose, according to him; he can only be cheated out of his win. The effect of this self-serving propaganda has been to make Republicans hold out for Election Day while Democrats have been voting early in large numbers, many of them by mail.

The Republican lawyers and operatives who have fanned out to all the swing states are following Trump's lead. As Chris Hayes spelled out on MSNBC on Thursday night, they are filing hundreds of lawsuits, challenging voting laws and procedures all over the country to restrict the ability to vote and disqualify legal ballots based upon a variety of contrived rationales.

In one case, Justice Brett Kavanaugh even backed up Donald Trump's inane demand that the vote count itself must stop on election night so as to avoid the "suspicion of impropriety" if votes counted later should "flip the results," which is a ridiculous way to frame the legal issue:

None of this has anything to do with fraud. They can't possibly know that fraud will have taken place ahead of time. These challenges are solely based upon the assumption that most of these ballots will be votes for Joe Biden and other Democrats. They're not even trying to hide it.

The Supreme Court has so far kept to the federalist rationale that has always held (with the notable exception of the Bush v Gore decision) that election laws are the purview of the states, with Roberts joining the three liberals (and newly seated Justice Amy Coney Barrett not weighing, in but not recusing herself either.) On the other hand, Justices Neil Gorsuch, Sam Alito and Clarence Thomas, along with Kavanaugh, all appear to be ready to create a federal interest in deciding election cases out of whole cloth.

When Barrett joins post-election cases (as she almost surely will) it is highly likely that the court will vote to throw out massive numbers of ballots that arrive after Election Day — at least if Donald Trump is ahead in the count. Those will number in the tens of thousands, at least.

All this for that unfit reprobate. You'd think Republicans might be willing to sacrifice a few years in the wilderness just to get rid of Trump. But apparently not. Their party seems to be willing to completely delegitimize our democracy on every level on his behalf.

The best hope for saving the country from this disaster is for everyone to get their vote in on or before Election Day and for the media to refrain from naming a winner until the votes are counted. This year everyone will have to be patient and hope that all the legal firepower Republicans throw at us won't be enough to overcome an insurmountable Biden win. It's not right that Democrats have to jump through such hoops, particularly in the middle of a lethal pandemic, but the other side is ruthlessly focused on maintaining power by any means necessary and there simply isn't any other choice.