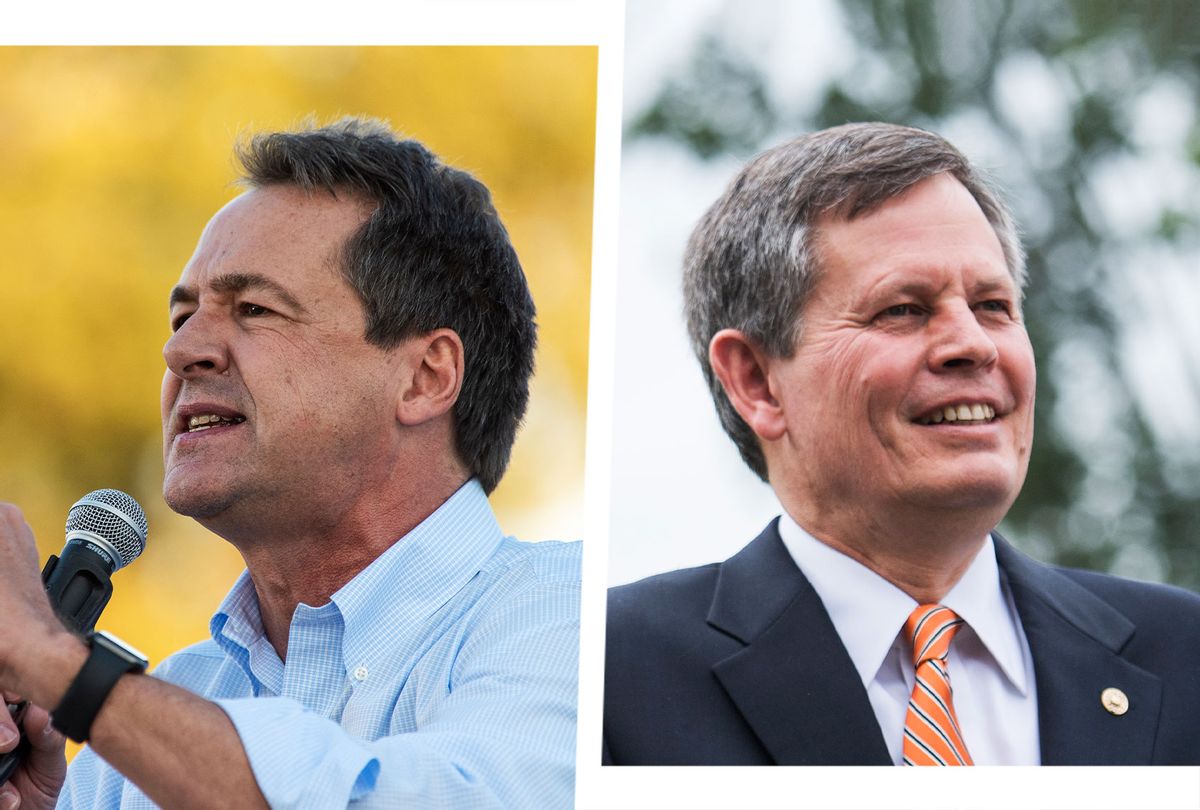 The result is a setback to Democrats hoping to regain a majority in the Senate. Though the state leans heavily Republican, Democrats had hoped Bullock's popularity as governor would give them both of the state's Senate seats after Sen. Jon Tester, D-Montana, won his re-election race in 2018. Most recent polls showed a very close race in the weeks leading up to the election even as President Donald Trump consistently led Democratic nominee Joe Biden in the state. The AP reported Trump winning the state's three electoral votes, 55-43.

Recent polls showed that Bullock, whose popularity was buoyed by his early response to the coronavirus pandemic, was the most popular statewide elected official in Montana with an approval rating of 60%. Bullock has drawn praise for his work to expand Medicaid, protect public lands and ban dark money from undisclosed donors in state elections.

He briefly ran for the Democratic presidential nomination as a moderate and a "pro-choice, pro-union, populist Democrat that won three elections in a red state, not by compromising our values but by getting stuff done."

Democrats outspent Republicans about $82 million to $63 million on ads leading up to the election, according to ABC News.

Daines is a longtime state GOP leader with deep political and business ties to Rep. Greg Gianforte, R-Montana, who is expected to win his race to succeed Bullock as governor. He previously served for two years as Montana's lone member of the U.S. House of Representatives.

Daines has promoted his support for Trump on the campaign trail, but the president was largely absent from the race — unlike in 2018, when he tried to help unseat Tester — because he was busy playing catch-up to Biden in key swing states. Instead, Daines campaigned in the final weeks with Vice President Mike Pence, Donald Trump Jr., Sen. Ted Cruz, R-Texas, Sen. Marco Rubio, R-Fla., and former UN Ambassador Nikki Haley.

Daines, who serves on the Senate Finance and Appropriations Committees, was a big supporter of the Trump tax cuts and immigration policies. A former business executive who lived in China for years, Daines echoed the president's rhetoric on Beijing, first seeking to promote better relations with the country during Trump's trade talks before becoming a fierce China critic after the president blamed the country for the coronavirus pandemic.

Bullock slammed Daines during their debates for stalling on a second round of federal coronavirus relief funds and criticized him for supporting Supreme Court Justice Amy Coney Barrett, arguing that her ascent to the court could lead to the repeal of the Affordable Care Act amid the pandemic.

Daines disputed that the court would repeal the law and vowed to protect people with pre-existing conditions by backing a plan authored by Sen. Thom Tillis, R-N.C., that experts warn includes loopholes that allow companies to drop coverage of "certain expensive diseases." Despite Republican opposition to Bullock's executive order expanding mail voting in the state, Daines said he supported the expansion.

Daines repeatedly tried to tie Bullock to House Speaker Nancy Pelosi, D-Calif., and Senate Minority Leader Chuck Schumer, D-N.Y., as the governor attempted to paint himself as a political independent.

Daines closed out the campaign with a rally featuring Trump Jr. and musician Ted Nugent over the weekend, where the president's eldest son praised the senator as a "warrior" while decrying Republicans-in-name-only who "go to D.C. and roll over and die each and every time."

Trump Jr. spent most of his time praising his father before noting Daines' and Gianforte's financial wealth.

Bullock, meanwhile, drew the support of the state's largest newspaper, which cited his support for "prudent" fiscal policies while criticizing Daines for avoiding constituents and failing to stand up to Trump's racist rhetoric.

"Bullock did a good job for Montana in his second term — and in the first," said the Billings Gazette editorial board. "He has taken bold steps when boldness was called for… and he has kept his powder dry when restraint was called for. Indeed, Bullock has been both a warrior and a coalition-builder, an unusual resume feature in these times."