This play on eggs in purgatory, with a spicy tomato spread, comes together in a jiffy

This version is scaled down to serve one, but is just as hearty 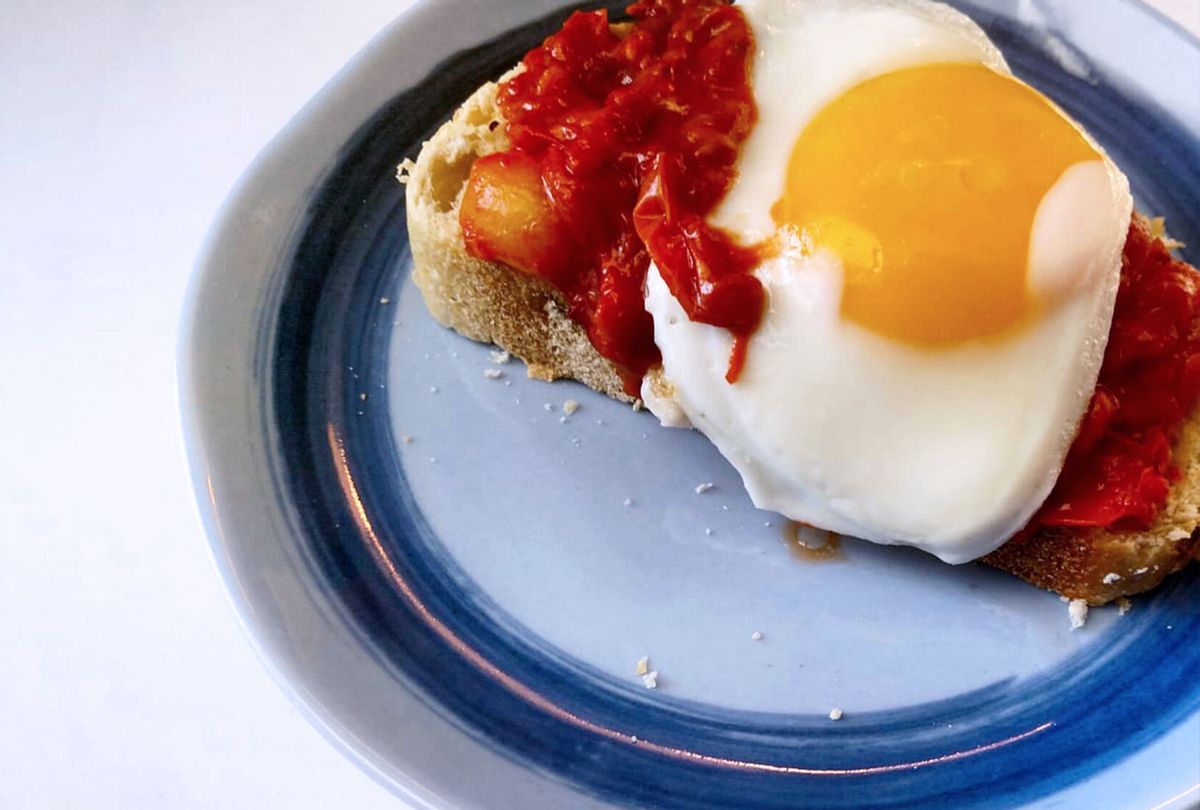 The holiday season is a weird time even under normal circumstances, but add in the pandemic and an election wherein votes will continue to trickle in until next week and — well, I've been thinking a lot about the concept of purgatory recently.

According to some Christian, specifically Roman Catholic, theology, purgatory is an intermediate state that exists between physical death and heaven. There you atone for and are cleansed from your attachment to your sins, before your soul's entrance into heaven. But my general impression as a kid who grew up going to Catholic school, I remember — especially after reading Dante's "Purgatorio" — thinking that it sounded like an awful lot of waiting.

Typically it's made in a large skillet and can serve six to eight people, so I decided to make a more compact version for one using fresh cherry tomatoes and a single fried egg. It's a versatile dish that satisfies any time of the day and while it's a little more effort than a one-skillet scramble, trust me — it's worth the wait.

1. Pour one tablespoon of olive oil into a small saucepan over medium heat, then add the garlic. Cook until lightly browned, stirring occasionally, about five minutes.

2. Add the tomatoes, tomato paste, paprika,  red pepper flakes and salt to taste. Stir until combined and slightly thickened, about three to five minutes. Set aside.

3. In a small pan, add the remaining olive oil over medium heat and add the egg. Cover with a tight-fitting lid and cook for 3 minutes, or until white is set.

4. Time for assembly! Spread the toast with the spicy tomato mixture, then place the egg on top. Season with a little more salt and, if desired, more red pepper flakes.