Hey, Republicans — your guy lost. Can you please take the coronavirus seriously now?

Coronavirus denialism was entirely about helping Trump win the election — so can his voters move on now it's over? 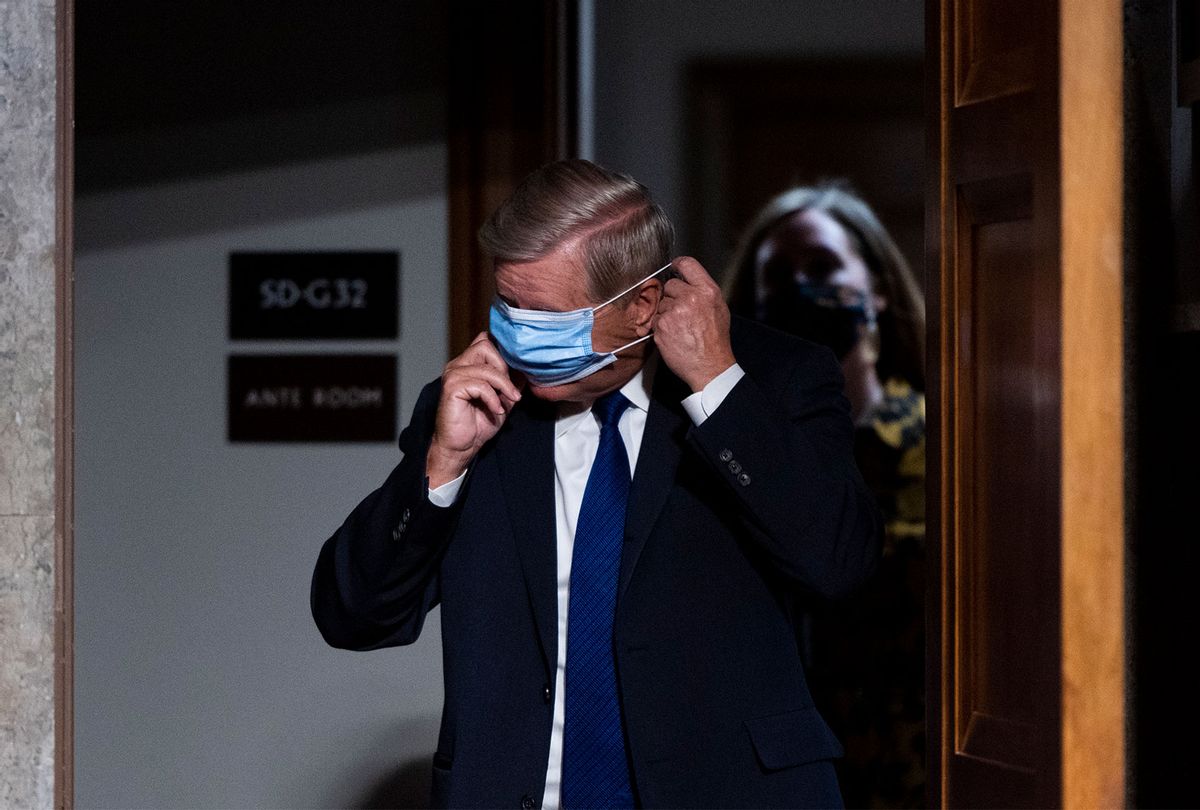 In the weeks leading up to the election, Donald Trump made a promise: That "on Nov. 4, you won't hear" anything more about what he sarcastically called "COVID COVID COVID." He loved this line and repeated it over and over again at rallies, to raucous cheers from crowds of conservatives who, despite rising rates of coronavirus infection and death, wanted dearly to believe the pandemic was being overblown to hurt Trump's re-election chances — or even that the whole thing has been a hoax from the start.

Like most things that Trump says and his followers believe, of course, this was not true. The election came and went — and Trump lost, whether or not he admits it — but the coronavirus pandemic remains in the news as pretty much the top story, is as jaw-dropping new records in transmissions are set nearly daily and hospitals are overflowing. In fact, the U.S. had over a million transmissions in one week, meaning that nearly one in 10 people who have tested positive for COVID-19 did so just in the last seven days or so. Public health experts believe things will get much worse, as many Americans ignore the warnings not to travel or socialize over the holidays.

The election is over. Trump's promise that the coronavirus would miraculously evaporate after the election has been proved false. One major question remains: Will Republicans finally start taking this pandemic seriously, now that there are no political points to score with continued denial?

Trump's approach wasn't just cynical, it was sociopathic. But there was no doubting his purpose. By pretending that the pandemic was over and holding large, maskless rallies to reinforce that illusion, Trump hoped to trick voters into believing all was well and he had done his job in protecting the nation. The months he spent discouraging his supporters from wearing masks or social distancing were meant to hide the realities of the pandemic and turn basic concern for public health into another culture-war flashpoint.

The whole exercise was deeply immoral, but it was calculated to serve the selfish ends of Trump and his base by getting him re-elected.

With the election over, coronavirus denialism provides no material gain for the right. It's not going to get Trump a second term. With the winter surge upon us, now would be an excellent time for conservatives to drop the act, admit the pandemic is real, and start taking measures to mitigate risks for themselves and the larger community.

There can be little doubt that the real reason much of the American right developed a skeptical attitude about COVID-19 was out of loyalty to Trump, and a collective faith in his plan to win the election by minimizing the virus. Yes, there were some efforts to make a larger ideological argument against taking the coronavirus seriously, usually some incoherent ramblings about "personal freedom," but in the end that was glossing over the reality: This was all about helping Trump. No one falls in line like lemmings the way right-wingers do.

Unfortunately, eight months into the pandemic, coronavirus denialism has taken on a life of its own. People started to believe their own half-baked arguments against public health measures. The idea that wearing a mask is "unmanly" took hold. Most of all, conservatives' refusal to wear masks, maintain social distance or even admit that the pandemic is real turned out to be an excellent way to "trigger the liberals." Liberals do get fussy when you're threatening their health, after all. Since "triggering the liberals" is the entire reason for identifying as "conservative" these days, that kind of negative attention only made Trump's followers more determined to deny that the coronavirus is a problem.

In other words, coronavirus denialism has evolved from being a Trump campaign tool into an identity. Once a behavior becomes linked to expressing one's identity, it's far harder to dissuade people from engaging in it.

On Nov. 4, the pandemic did not go away. It got worse that day, and every day since then — much worse than we could have imagined, even in the spring.

But Nov. 4 was an important day nonetheless. That was the day coronavirus denialism became a vestigial phenomenon. It now serves no practical propaganda purpose. Still, it lingers on, not only useless to its hosts but actively threatening their health. Because right now, the only thing denial buys for its loyalists is an increased chance of illness and death. No political benefit is even possible.

The good news is there are small signs of hope that, without a Trump campaign to prop up with coronavirus denialism, the allure of this deadly form of right-wing identity-signaling may actually recede.

Before the election, for instance, Iowa's Republican Gov. Kim Reynolds disparaged mask mandates, sneeringly calling them a "feel-good" measure that wouldn't actually help. (This, needless to say, is false.) On Monday, she changed course, issuing a three-week mask mandate while admitting that the state's health care system has been "pushed to the brink."

Reynolds is just the latest in a group of Republican governors who, with the election safely in the rear-view mirror, suddenly developed a strong interest in admitting the pandemic is serious and taking measures to curtail it. In Utah, North Dakota and West Virginia, for instance, Republican governors discovered a newfound enthusiasm for public health in the past week and a half.

So not only was Trump lying when he said that "COVID COVID COVID" would disappear from the public conversation after Nov. 4, the opposite happened: The election freed up some Republican officials to admit that this is a real problem.

It's easy to imagine a situation where the Republican base follows the lead of the governors, dropping coronavirus denialism in favor of whatever shiny new culture-war object is dangled in front of them next.

Unfortunately, Trump himself is trying to keep this from happening, threatening Republican politicians who take the pandemic seriously with primary challenges. (Trump's post-election motives for keeping up coronavirus denialism aren't hard to figure out — he's angry at Americans for refusing to re-elect him, and wants to kill them.) For whatever reason, Fox News continues to lean hard into the right wing death cult, even though, again, there's no reason to think that doing so helps Republicans' electoral fortunes now or in the future.

So it's frustratingly likely that conservatives will cling to this vestigial denialism, refusing to wear masks and spreading disease to make some "point" that is increasingly incoherent. ("Screw liberals if they want to live" is all they seem to have left.) So far, the culture wars have not led to the full-on civil war some were anticipating, but the death toll will be astonishingly high nonetheless.