Enough with "both sides"! Faux-neutral journalism is no way to fight the truth-deniers

With Trump defeated, journalists can't just retreat back to "objectivity" — not with America's future at stake 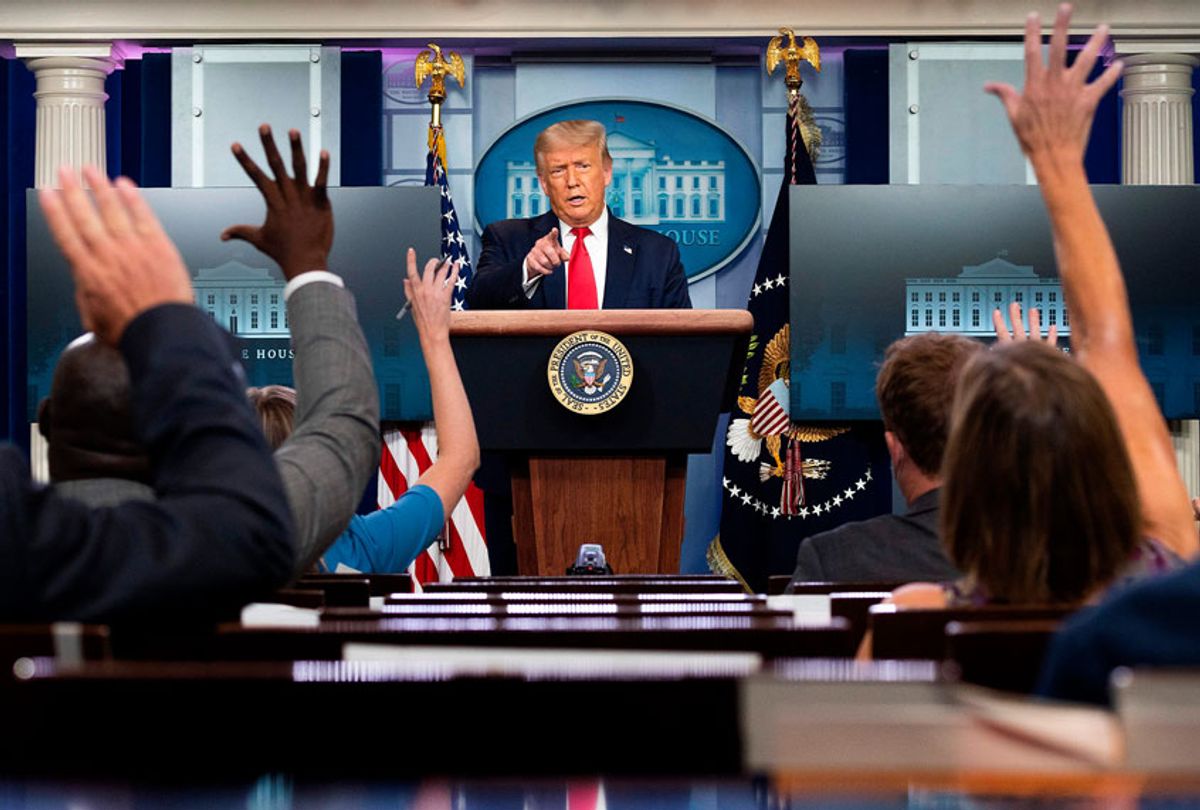 The conventional wisdom among the leaders of our major newsrooms is that the best way to reach people who believe crazy, awful things is to remain neutral.

They maintain that taking sides would actually make news organizations even less credible with that particular population.

"We face an enormous burden of people who think that, if we're from one side or the other, they're just going to tune out and not pay attention to the world's best journalism," Associated Press executive editor Sally Buzbee said in September.

New York Times executive editor Dean Baquet has repeatedly embraced what he calls "sophisticated true objectivity" as a defense against those who would have the Times counter falsehoods more assertively. You don't call it a lie, he has said. "Let somebody else call it a lie." (See "NYT editor Dean Baquet wants his reporters to keep an "open" mind — or maybe an empty one" and "Dean Baquet interview makes clear New York Times still ruled by both-sides-ism.")

Countering the reformers' view that balanced criticism is naïve at this stage in American politics, National Public Radio public editor Kelly McBride recently described the dominant newsroom view as believing "that our current experience is particular to the Trump presidency, that American politics will eventually regain equilibrium, and that journalism's attachment to neutrality should remain consistent in order to remain effective over the long run."

But more than 73 million people voted for Trump in the presidential election, suggesting that the strain of overt fact-rejection nurtured by the right wing is still very much with us — and unlikely to succumb any time soon to more journalistic business-as-usual.

Several journalism professors — among 151 academics who contributed to a new, wide-ranging collection of essays, "U.S. Election Analysis 2020: Media, Voters and the Campaign" — argue that if journalism is to rise to the challenge of the moment, it has to change.

That's not going to work, they write. Journalists "will never rebuild trust among people who feel marginalized by news by simply offering more of the same — more helpings of 'just good, accurate news.'"

And they pose (rather than answer) a crucial question:

Doubling down on high-quality information is not without merit, but it misses the essence of the challenge ahead: How does one do journalism in a way that appeals to people's core identities, particularly as those identities fracture and diverge and confound traditional universals?

Nikki Usher, who teaches at the University of Illinois Urbana-Champaign, argues that the election results make clear that the institutional news media needs to stop ducking issues of race — and needs to embrace antiracism as a core value of journalism.

"This 71 million turnout of people endorsing racism is a reminder that the U.S. has not interrogated its past and the institutional news media has largely avoided doing so," she writes.

The "reluctance to see racial equity as a basic news value rather than as a political orientation," she writes, "is objectivity gone wrong."

Usher closes with a powerful quote from an important journalist disrupter:

Wendi Thomas, award-winning investigative journalist and editor of social justice news outlet MLK50 wrote to me after I asked for ways to make this very argument to my other colleagues, "Newsrooms have always operated under some foundational truths: It's good for people to have enough food to eat. Shelter is important. Quality education matters. … That expanding those truths — in the face of undeniable and incontrovertible quantitative and qualitative evidence that Black life is devalued and endangered in every way that can be measured — strikes the old guard as a violation of objectivity shows that the facts don't matter as much to your senior colleagues as much as they might argue."

Usher has more to say in a post on Medium this week about the overall need for reporters to take a firmer stand on core issues. She argues that "information on its own cannot win the battle against slick misinformation that comes from trusted GOP news sources."

In short, reality-based journalists need to fight back on behalf of truth as hard as the right-wing media fights on behalf of disinformation. (See my essay on the final collapse of "objective" political reporting.)

Usher calls on reporters to put a "moral valence" around their reporting. Euphemistically calling lies "falsehoods," for instance, is "a far weaker form of journalism than journalism emboldened by a willingness to use the strength of morality to make a claim."

(The reformer journalist Wesley Lowery famously describes this desired state as "moral clarity." As I wrote in support of Lowery's argument: "Journalists shouldn't pretend they know the answers. We should just stop pretending we don't know what the problems are.")

Lastly, Victor Pickard, a professor at the University of Pennsylvania, sees the corporate media embracing a pre-Trump status quo as an excuse to continue its "abiding reliance on official sources and deference to power."

But that means failing to confront the media's disastrous conduct during the Trump era:

While it's refreshing that many media organizations have finally stopped deferring to Trump, we must look seriously at the role they have played in normalizing fascistic politics — as well as the structural factors that cause these institutions to predictably fail in advancing democratic aims.

And it means failing to serve the actual needs of the American people at a moment of multiple crises:

[I]f the U.S. is to tackle the daunting problems it faces — climate change, deep structural inequalities, monopoly power, mass incarceration and other forms of systemic racism — the status quo should not be preserved; it should be radically changed.

I suspect that the leaders of major corporate newsrooms are breathing a sigh of relief not just because the election is over but because they hope reformers will stop pushing them to become more aggressive about fighting racism and disinformation and other urgent challenges to our democracy and our nation.

But I think the pushing has just begun.