There's an antidote to the lies, con games and cover-ups of the Trump era. But it's not getting back to "normal" 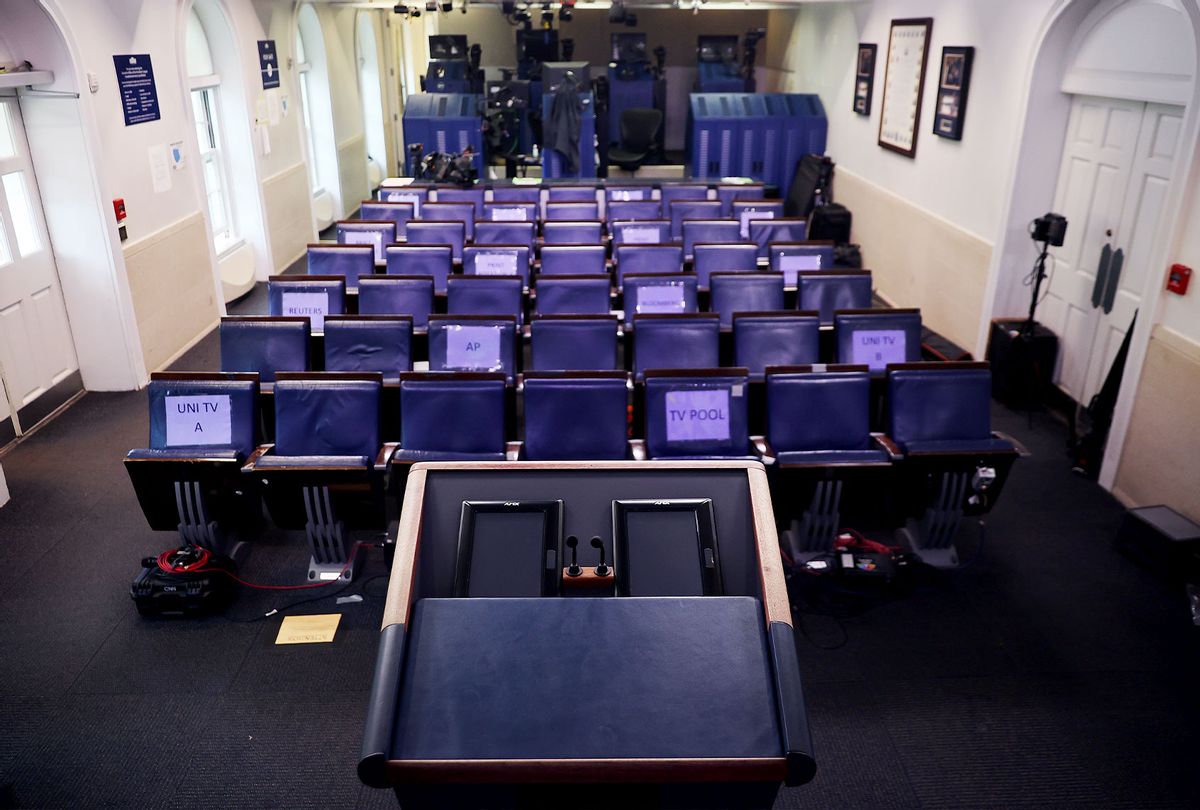 After four years of con games, cover-ups, conspiracy theories and contradictions, the next president of the United States needs to restore the nation's trust in his office — and the only way to do that is with radical transparency.

That starts, but doesn't end, with decisions being made right now about how the Biden White House will interact with the press.

Even before Trump's parade of propagandists turned the briefing room into a cesspool of disinformation, the job of press secretary — under both George W. Bush and Barack Obama — had devolved into deflecting press inquiries rather than genuinely responding to them.

I still remember my incredible disappointment during the first briefing of the Obama administration, when press secretary Robert Gibbs made it clear he would be as defensive and uninformative as his predecessors in the notoriously opaque Bush administration.

And despite Obama's promises of transparency, he ended up operating amid unprecedented secrecy — while attacking journalists for trying to tell the public what they need to know.

What we need now to rid ourselves of the stench of Trumpist skullduggery is a metaphorical opening of all the windows in the White House. (Trump's confusion about what works inside the human body aside, sunlight is indeed the best of disinfectants.)

That means offering the public — sometimes through the press, sometimes directly — as much direct access to the internal operations of the executive branch as possible.

Sure, that increases the risk of political opponents seizing onto details and blowing them out of proportion.

But it also carries with it an enormous political upside: So much of what Republican Party leaders say these days is so unmoored from reality that simply bringing actual facts to light can serve as a hugely effective political rebuttal, and is more likely to get amplified by the reality-based press than obligatory talking points and stale spin.

Simply showing that the government is functioning again will go a long way.

Most people by now have a pretty good idea of what Trump did to the country, but they probably don't understand just how badly he gutted the White House policy apparatus. Under Trump there was, effectively, no policy apparatus at all. There was, as NYU journalism professor Jay Rosen has put it, "no White House." It was just Trump. And even Trump varies dramatically from day to day.

To make the case that duplicity and bad faith are behind us, he needs to let White House staffers openly describe their motives, and honestly discuss competing views.

One of the most important litmus tests for genuine transparency will be the number of White House aides who are authorized to speak to reporters on the record. There should be dozens of people willing and able to actually explain to reporters what's going on inside the White House — with attribution and accountability.

In fact, the daily press briefing should regularly feature senior White House and administration officials — and always on the record.

Rather than serving as a roadblock, the press secretary would ideally be an advocate for the press, and for transparency, within the White House.

Finally, let's not forget what an extraordinary communications tool the Internet can be.

Although Trump's use of social media to constantly lie, project and blow off steam has been hugely counterproductive, it would be a blow to transparency if Biden only used Twitter for heavily vetted talking points instead of insights into his thinking.

As for the White House web site, well, it's been a constant disappointment. The highlight of Bush's listless website was Barneycam. Obama's website was an improvement, adding an earnestly written blog and a petitions page along with essential information such as financial disclosure statements, staff salary lists and visitor logs (which Trump refuses to make public.) But considering what it could have been, it underperformed.

And Trump's White House website, like everything else he builds, is not much more than a brassy façade over shoddy construction.

I'd love to see Biden take the advice I gave Obama 12 years ago, when I suggested he create a Wiki White House:

Imagine a White House Web site where the home page isn't just a static collection of transcripts and press releases, but a window into the roiling intellectual foment of the West Wing. Imagine a White House Web site where staffers maintain blogs in which they write about who they are and what they are working on; where some meetings are streamed in live video; where the president's daily calendar is posted online; where major policy proposals have public collaborative workspaces, or wikis; where progress towards campaign promises is tracked on a daily basis; and where anyone can sign up for customized updates by e-mail, text message, RSS feed, Twitter, or the social network of their choice.

My favorite idea, when I was writing that piece, came from Steven Aftergood, head of the Federation of American Scientists' Project on Government Secrecy. It was intended to make sure the site didn't simply turn into a propaganda vehicle. Aftergood wondered:

Maybe there's a way to institutionalize a dissenting view, so you really have not the pretense of debate, but actual debate, that is accessible to the public. … Maybe there's something like the equivalent of a devil's advocate on the White House Web site, who criticizes administration policy."

That last part may be a bit too much to ask for — although I volunteer! — but given how much Trump's conduct has led to a loss of faith in the government's competence or even its good intentions, nothing short of extreme openness is likely to win back America's trust and confidence.