In a single music video, Weird Al and The Gregory Brothers summed up the zeitgeist of 2020 as a "raging hellscape" 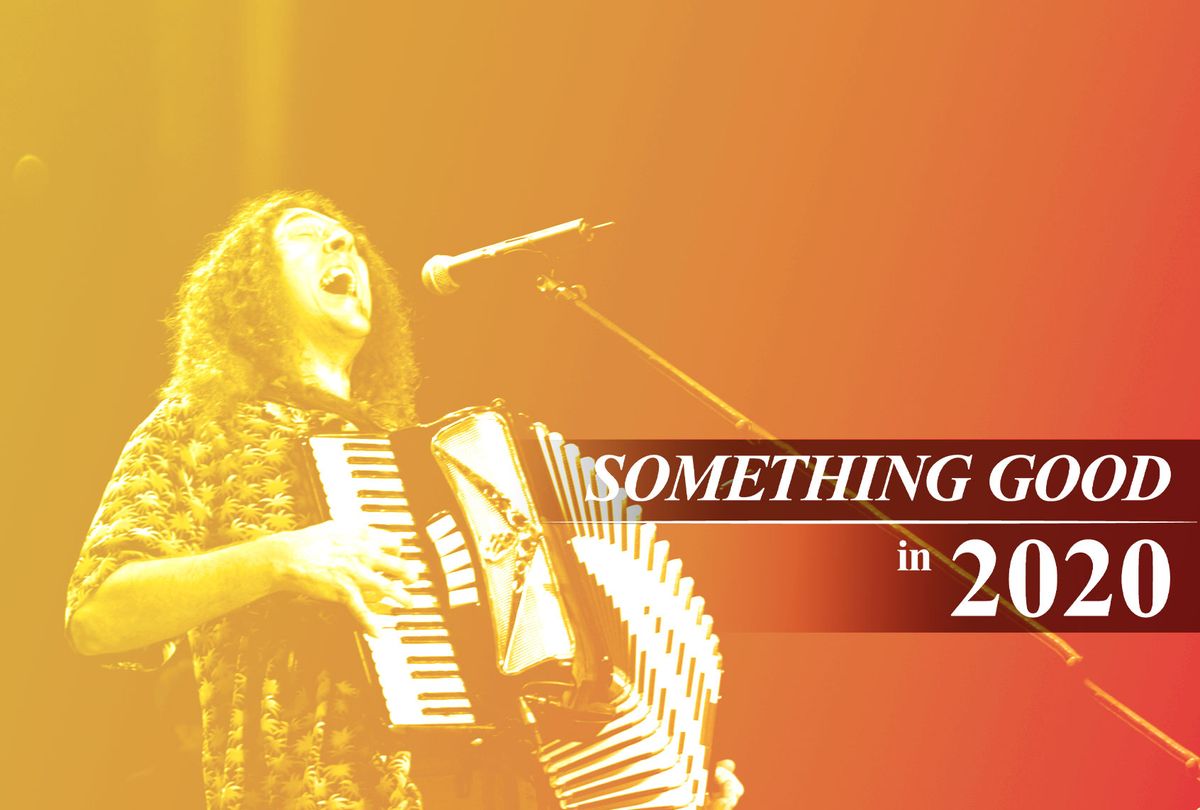 The Weird Al music video "WE'RE ALL DOOMED" may not appear on a lot of "Best of 2020" lists, but I can't think of a single pop culture artifact that did a better job of bottling up the flatulent essence of living through this shitshow of a year… and finding a way to make us laugh about it.

The video targets the first Biden-Trump presidential debate, which I doubt anyone would choose as their favorite moment of 2020. CNN's Jake Tapper pretty well summed up the prevailing sentiment about that ostensible forensic exhibition when he described it as "a hot mess, inside a dumpster fire." President Donald Trump repeatedly lied, spewed out nonsense and interrupted while his opponent, future President-elect Joe Biden, struggled to get a word in edgewise.

And then The Gregory Brothers, an American musical quartet behind viral remixes like "Songify the News" on their YouTube channel Schmoyoho, came along. They brought Weird Al with them and, in their own inimitable way, they managed to create both music and comedy out of the flaming wreckage of that debate, and capture the entire zeitgeist of 2020 in the process.

To their everlasting credit, Weird Al and The Gregory Brothers make it clear that the problems facing America during the coronavirus pandemic have not been "both sides are to blame" situations. Pretending to be the debate moderator, Yankovic reacts with visible dismay when he hears that Trump deliberately downplayed the seriousness of the pandemic and is equally skeptical toward the president's attempts to defend his record. When the president mocks Biden for wearing a mask, his voice is autotuned to sound whiny, pathetic and desperate.

Yankovic's expressions of hysteria also manage to capture the overall mood of 2020. As he ticks off tribulations like the West Coast wildfires and economic downturn, Yankovic pleads with both Biden and Trump to recognize, "We're living in the apocalypse. I'm begging you to put a stop to this. Pretty please!" On another occasion he refers to 2020 as "a raging hellscape" and, in a particularly clever lyric, croons that we "can't tell what's hell or reality."

"Al is a singular figure in the cultural landscape," Larry Charles, director of the first "Borat" movie and erstwhile "Seinfeld" scribe, told me in an email. "He was initially dismissed as a novelty but has not only survived but transcended by tapping into our deeper fears and anxieties through his original use of pop culture and just as importantly, pop technology."

He had a similar observation about The Gregory Brothers, writing that "it's amazing and ironic that the Gregory Brothers work has profoundly permeated popular culture and reached tens if not hundreds of millions of people, yet mainstream media considers them obscure."

In Rolling Stone, Althea Legaspi praised the music video, noting that "Yankovic and the Gregory Brothers' satirical rendering accurately summed up the general consensus following the debate." Billboard's headline succinctly hit the nail on the head: "'Weird Al' Yankovic Says What We're All Thinking," with author Rania Aniftos adding that it was "the only good thing" to come out of the debacle.

Personally, my favorite part of the video is how The Gregory Brothers manage to take lines from the debate — which, as anyone unfortunate enough to have actually watched it knows, was often incomprehensible due to the two candidates and moderator Chris Wallace shouting over each other — and craft surprisingly catchy refrains from them. Among the most earworm-y moments are Trump bellowing, "They wanna take out the cows! The cows!" and Biden replying, "Now here's the deal/He has no idea what he's talking about!"

The first 2020 presidential debate was indeed horrifying — a perfect epitome of the entire year — but thanks to Weird Al and The Gregory Brothers, I was able to find a way to find something entertaining in it. I am deeply thankful for this since, to quote President Abraham Lincoln, "I laugh because I must not cry."