Advice for "Emily in Paris" season 2: Drop the Americanized fantasy and get to know the real city

Working- and middle-class Parisians, the city's diverse multi-cultural residents, are all but erased in season 1 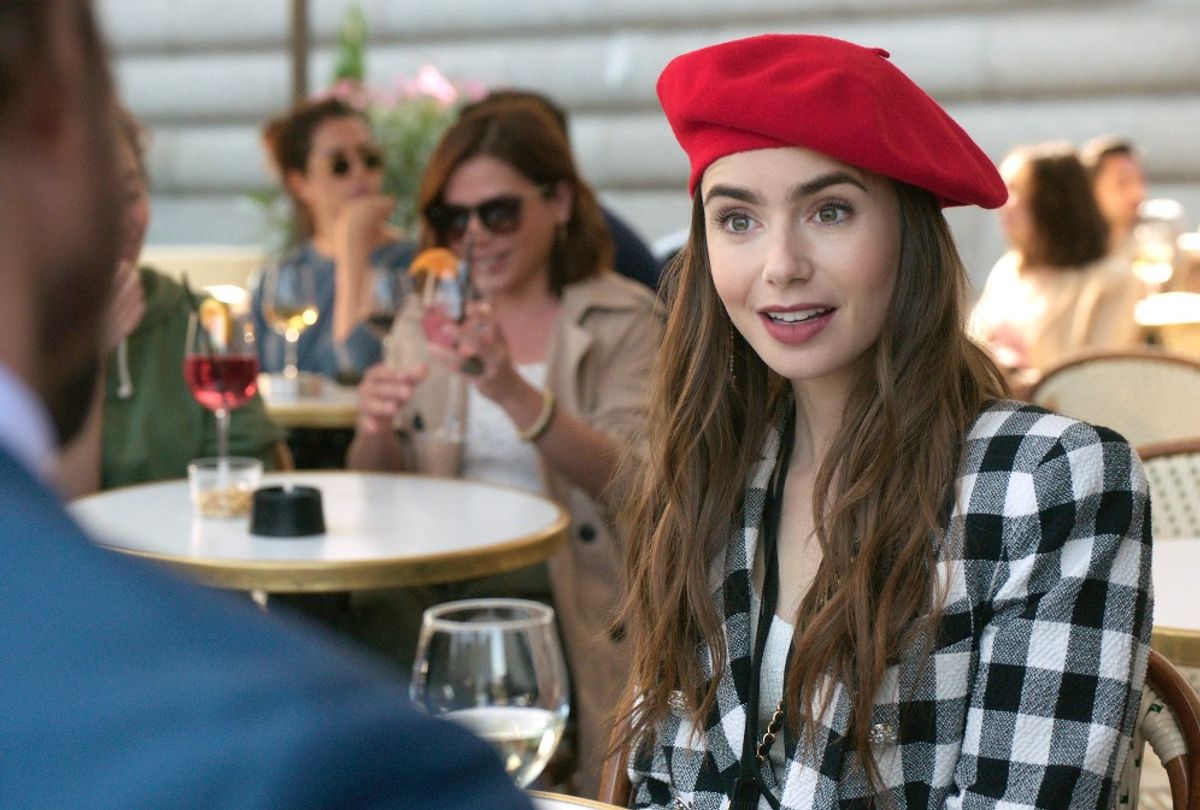 As we all settle in for a challenging winter, the Netflix series "Emily in Paris" promises a deliciously indulgent escape from our troubles: a shimmering fantasy of Paris, filled with sophisticated haute couture, gourmet food and, of course, romance. Yet within this delightful vision, executed by "Sex and the City" creator Darren Star with characteristic flare, there is a glaring absence that sorely diminishes the potential of Emily and her viewers to truly encounter another culture. Working- and middle-class Parisians, the racially diverse multi-cultural residents of the city, are all but erased from Emily's friend group and workplace, and are invisible in the cafés and cobblestone streets and glittering Marais nightclubs. French culture is portrayed in a way that corresponds to American consumerist fantasies but does not question the tourist's idealized gaze. To solve this conundrum, here are five pieces of advice for Emily in season two.

Take a reading tour of the "Capital of the Nineteenth Century" with dandy extraordinaire Charles Baudelaire.

Nineteenth-century poet Charles Baudelaire depicted the seductive grit and grime of Paris in the Flowers of Evil and Paris: Spleen. These works, so racy for their time that some poems were censored, helped usher in a new modernist aesthetics, depicting an accelerating urban lifestyle, and a blurring of public and private spaces where the voyeuristic flâneur might aimlessly stroll and encounter a diversity of subjects, crossing paths with factory workers, beggars, dandies (or "hipsters" in today's parlance), artists and their muses, writers, and aristocrats, who could all in turn learn from their encounters with one another.

Unlike Baudelaire, Emily's adventures in Paris are strikingly limited in geographical scope, racial diversity, and social class. Baudelaire lamented the "gentrification" (to use an anachronistic term) of Paris by the Baron von Haussmann, the architect responsible for its iconic uniform white-grey buildings and wide picturesque airy boulevards. Haussmann believed that he was clearing disease and poverty out of the city and preventing revolutionary uprisings that had once occurred in narrow medieval streets. However, much like Emily's Disney-land version of Paris, the result was far too commercial, clean, bougie and boring.

Set yourself free from the centrally located arrondissements, where only the wealthiest Parisians and international elite can afford to work and live.

While there are a number of museums, restaurants and tourist attractions in these neighborhoods, and they deserve to be visited and appreciated at least once, there is a great deal to be seen beyond these areas. Try heading to the Parc Montsouris featured in Agnès Varda's classic French New Wave film "Cléo de 5 à 7." Or explore the enormous post-modern Parc de la Villette, located at the city's northeastern edge in the 19th arrondissement. This dreamlike complex is architectural deconstructivism at its finest (the anti-Haussmann if there ever was one), dominated by fire-truck red metal arches and arabesques, kaleidoscopic graffiti murals along a charming canal, metal orbs floating in whimsical reflecting pools, and a quirky amusement park — all mirroring the bold iconoclasm that Emily emanates in her own clothing, personality and style. This is a place to encounter Parisians of all ages, social classes, and ethnic and religious origins, and to experience shows and outdoor festivals at major concert venues, including the Conservatoire de Paris and the Centre National de la danse.

Enjoy food from all over the world that Paris has to offer.

From Senegalese yassa and mafé to Vietnamese báhn xèo and Moroccan tagine, Paris has it all. My preferred spot after a long day is Le Petit Dakar, a cozy Senegalese restaurant in the Marais with a mafé dish to die for. This creamy-spicy peanut sauce with beef over rice goes beautifully with a glass of fresh ginger juice (or jus de gingembre). However, if you are in a rush and looking for cheap fast food, my personal favorite from my student days is the doner kebab: pita bread overflowing with meat shavings, French fries, lettuce, tomato and onions, and sauce blanche, a mayo-yogurt sauce.

It's very straightforward, especially compared to NYC or Chicago. But before you do, drop the oversized berets. They are utterly ringard (or cheesy and in poor taste) and will garner lots of stares from your fellow stylish commuters.

Emily avoids taking the metro, preferring cabs or rides on her gorgeous neighbor's scooter. While this might make sense during the pandemic, in normal times this aversion for public transportation belies an unwillingness to mix with those who don't own a car, or who can't walk to work because high real-estate prices have pushed them to the city outskirts (i.e. most Parisians). I assure you that there is no better place to encounter the daily lived stories that make Paris what it is, than amid the hustle and bustle of the metro.

Keep learning French, and throw in some politics too.

Emily and her colleagues at the marketing firm Savoir discuss the fact that Americans often "live to work," while the French "work to live," — enjoying generous lunch breaks, a work day that starts at 10 a.m., and several weeks of paid vacation. When Emily gets "fired" by her boss Sylvie, her co-workers comfort her with reminders of the protections that make it difficult to actually get fired, and the government services that buoy the under- and unemployed.

Yet neither Emily nor her colleagues acknowledge the blood, sweat, and tears (one need only think of the revolutions and uprisings of 1789, 1830, 1832 — cue "Do you Hear the People Sing" from "Les Miserables" — 1848, the Paris Commune or the protests of May '68), and class solidarity that helped to secure these benefits, along with the right to maternity and paternity leave, state funded health care and paid sick leave, and a relatively robust pension system.

These working conditions, for which the French Left has fought for generations, threaten to be eroded at this very moment as France too succumbs to global neoliberalist policies, exemplified when Emily's American pharmaceutical company buys out Savoir. I would argue that it is not the French who must learn from Emily's online marketing skills, but rather her American viewers who ought to draw inspiration from their French counterparts, and demand the same protections from their own government and employers.

Amanda Lee is a visiting assistant professor of French at Grinnell College in Iowa.