What could Trump do to tank the economy out of vengeance? What Republicans have done for years

Republicans have a long history of hurting the economy for political gain, though Trump may also be driven by spite 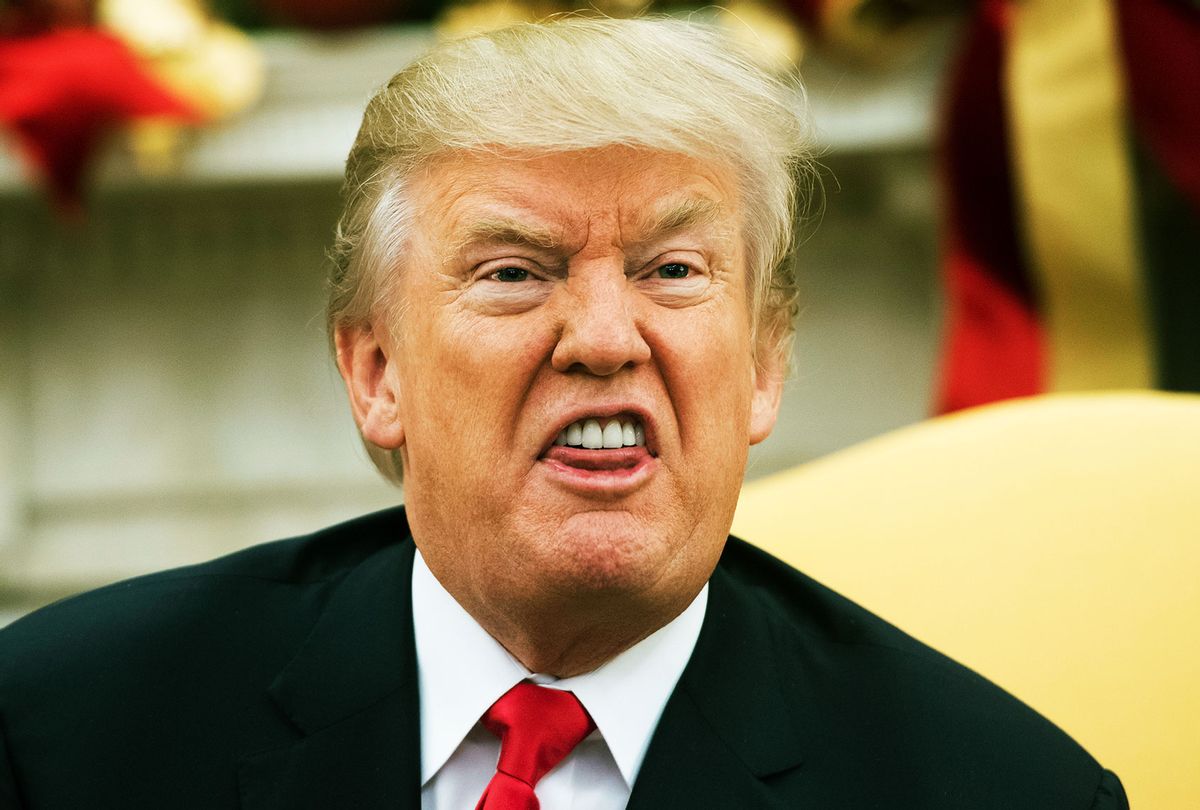 Less than a week before the 2020 election, I interviewed a number of psychologists who speculated that if President Donald Trump lost to former Vice President Joe Biden, his narcissism might cause him to lash out by deliberately tanking the economy. Now it seems like that prediction might have been correct — although the reasons may have as much to do with the Republican Party's longstanding traditions as Trump's individual flaws.

Last week Treasury Secretary Steve Mnuchin inexplicably decided to allow a number of federal programs sponsored by the CARES Act to expire on Dec. 31. These programs, which have allowed the government to lend up to $4.5 trillion in various financial markets to stave off economic pain that would otherwise be felt by municipalities, businesses and workers, could still be revived by incoming Treasury Secretary Janet Yellen if she strikes an agreement with the Federal Reserve Board of Governors.

Because Biden will not take office until Jan. 20, however, Mnuchin's actions are likely to hurt people economically in the intervening span, a point that the Federal Reserve itself acknowledged when it publicly disagreed with Mnuchin.

"The Federal Reserve would prefer that the full suite of emergency facilities established during the coronavirus pandemic continue to serve their important role as a backstop for our still-strained and vulnerable economy," the central bank said in a public statement. As High Frequency Economics chief economist Carl Weinberg told CNBC at the time, "I don't think there is a good economic or public health or social reason to explain why they want to cut these programs at this particular time, so it has kind of got to be politics, doesn't it?"

Mnuchin made another vengeful economic decision this week, announcing that $455 billion in unspent CARES Act funds will be placed into an account that Yellen will not be able to access without congressional authorization. Bharat Ramamurti, a member of the COVID-19 Congressional Oversight Commission that oversees the use of stimulus funds, responded to Mnuchin's latest move by stating "the good news is that it's illegal and can be reversed next year." Democratic Senator Ron Wyden of Oregon echoed those views, declaring in a statement that "Secretary Mnuchin is engaged in economic sabotage, and trying to tie the Biden administration's hands." MSNBC's Chris Hayes also referred to the move as "flat-out sabotage."

Salon reached out to several experts for their thoughts on Mnuchin's actions and the Trump administration's overall behavior since losing the election to Biden.

"I've been extremely dismayed to watch how Trump and his minions are deliberately salting the earth as they exit, planting economic and legal landmines and time bombs everywhere, as though they'd much rather see the incoming Biden administration fail miserably and the American people suffer than see either the pandemic or the economy have a decent chance at recovery," Harvard Law professor Laurence Tribe wrote to Salon when asked about Mnuchin's actions last week. "Delaying the transition is just one example. Their whole approach is the very opposite of what anyone who gives a damn about America or its people would have been doing."

Although previous presidential administrations had "at times played silly pranks on those who would occupy the White House after their departure" on lower levels, Tribe emphasized that "never in our history have we witnessed such an overwhelming triumph from the highest levels of government of vindictiveness over patriotism, of ego over superego. These people are the scum of the earth, and their scorched earth departure will mark them as such for all time."

Karl Widerquist, a professor of philosophy at Georgetown University–Qatar who has doctorates in political theory and economics, provided Salon with other examples of ways in which Trump seems to be sabotaging the economy.

"Trump is already doing dangerous economic damage — allowing drilling in the Arctic National Wildlife Refuge and the Tongass National Forest, decreasing the size of national monuments, and virtually giving away the land to companies that want to drill, mine, or forest it and sell back to us the resources our government gave to them for free," Widerquist wrote to Salon. "Look for things like this to intensify, and do not underestimate the long-term damage moves like this do to the country and to the world's environment. Much of the economic damage he can do is with inaction. With good leadership we could have a clear Covid plan and an economic stimulus. We'll get no movement on this in the last days of the Trump administration."

Austan Goolsbee, an economics professor at the University of Chicago's Booth School of Business and former chair of President Barack Obama's Council of Economic Advisers, told Salon by email that the Trump administration has "been trying to jam through the Fed appointments to last for years into the future, sign long term contracts for drilling in the Arctic Wildlife Refuge, and keep an eye on whether they complete the [Department of Defense] spectrum auction with a no-bid contract to a Republican-connected group."

He added, "The main thing is that letting COVID-19 rage uncontrollably will ravage the economy. They know this and are still not doing anything."

While some of Trump's actions can be potentially explained by a narcissistic desire to punish Americans for not reelecting him, others are consistent with the Republican Party's longstanding approach toward economics. As Dr. Richard D. Wolff, professor emeritus of economics at the University of Massachusetts Amherst, told Salon, it is not at all uncommon for Republicans to make decisions that they know will hurt the working class in order to reap political benefit for themselves.

To understand how this has happened, Wolff told Salon that it is first important to understand the broader context of the decline of real wages in the 1970s after they had consistent gone up every decade since the 1820s. This caused people to work longer hours and go on a borrowing binge, which only exacerbated the overall sense of dwindling opportunity and economic distress.

"Here's the stunning political reality," Wolff explained. "This deterioration of the working class situation, which they feel and kind of understand, they see as something that their party — which coming out of the Great Depression was the Democratic Party — seemed to be powerless to stop. At best, they did it more slowly than the Republicans. They seemed to have been captured by the neoliberal ideologies, so that the two parties become more and more alike."

As this was happening, "the Republican Party shifts attention away from the way it pushed all of these shifts — this neoliberalism, the globalization, the moving production out of the country, the automation and all the other things that contributed to the stagnant real wages — the Republicans don't talk about that." Instead, Wolff pointed out, they shifted the conversation toward social issues. They focused on supposedly "traditional" values to oppose civil rights, feminism and secularism and characterize themselves as the party of "reconstituting the family, reestablishing the hierarchy. God at the top, the man just below him and the women and children below the man and his, to the women and children, the equivalent deity that God is," as well as stopping racial minorities from asserting their rights.

By conflating these social issues with economic ones, Wolff argued, Republicans learned that they could pass policies which would help the wealthy at the expense of everyone else because they could craft their populism off of appeals to unrelated issues.

"They could lead the way to smash the working-class thereby cementing their donations from the capitalists who appreciated the deregulation, who appreciated the celebration of the 'genius' of CEOs [like] Jack Welch, Lee Iacocca, any of the others," Wolff explained. "So you sucked up to the capitalists and you were able to begin to really eat into the Democrats' control of the working class."

Indeed, Wolff pointed out that "it became possible to suggest to the white working class that the Democrats were somehow more responsible for the neoliberalism, which is not true, than the Republicans, but you could play it by wrapping it up" in various forms of prejudice.