"Baby Chimp Rescue" is just as adorable as you expect, and surprisingly emotional as well

This docuseries may be December's cutest show. The volunteers at its center also want us to know it's a tragedy 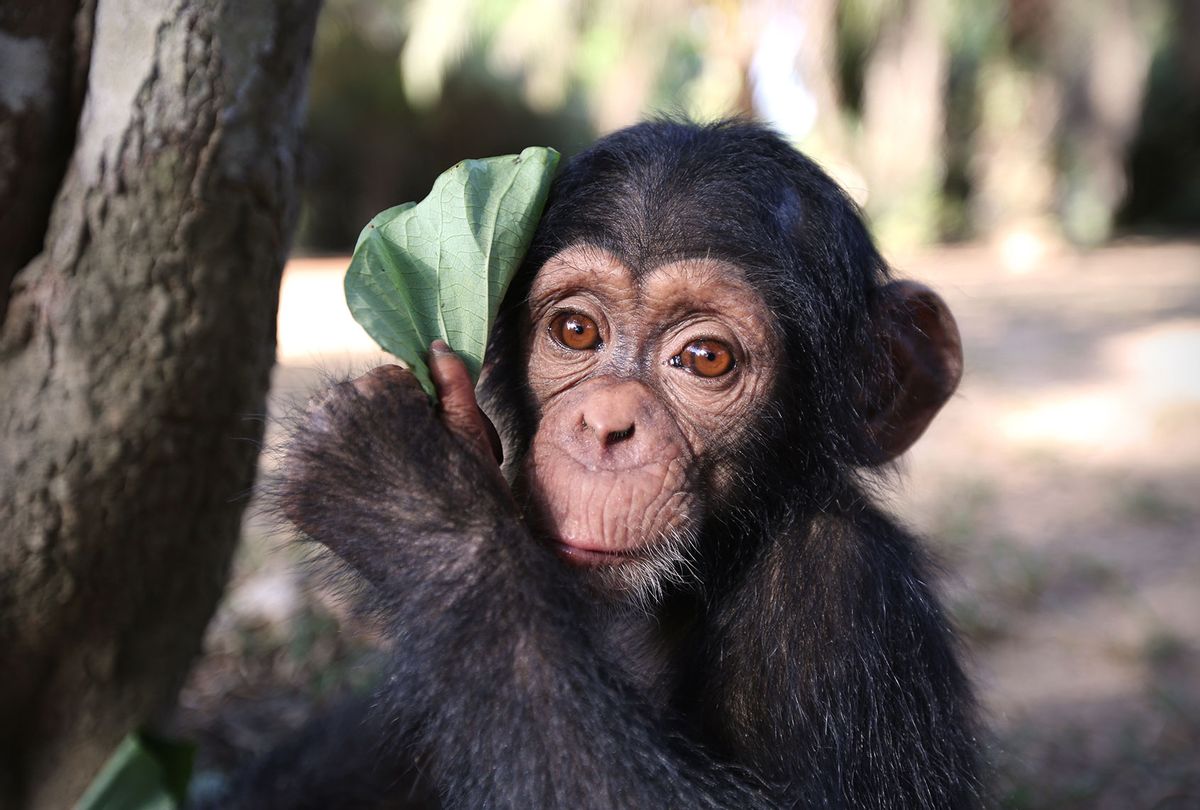 The strongest sales pitch for "Baby Chimp Rescue" is the series' title. One glance, and you know you're signing up for pure adorableness. Baby chimpanzees! With their big moon eyes and comically large ears and cute round bellies that they yearn for people to tickle! That's right! They loved being tickled!

Who wouldn't want to watch this series? Psychopaths. The answer you're looking for is psychopaths.

As the title promises, each episode is overloaded with primate cuddliness as it is experienced day in and day out at Liberia Chimpanzee Rescue & Protection, the only chimpanzee sanctuary in Liberia. There, the caretakers spend their days chasing after rambunctious tiny primates, each with an individual personality, a sense of humor and a deep appreciation for nuzzles. Even better, the babies need to hug people. So at every turn each person in the facility is greeted by a primate who just wants to hold tight to them and be loved and kissed and cuddled.

Outwardly at least, a show like "Baby Chimp Rescue" is packaged to capitalize on the media appeal of fuzzy creatures and heartwarming stories about animal pals. Content like this makes brands such as The Dodo extremely popular in times of anxiety, which pretty much describes the past five years. We are charmed by stories about people rescuing animals and animals rescuing them right back, or unlikely friendships between different species. Driving these companies' philosophies is a desire to raise awareness about animal welfare, but really the hook is that the videos are highly sharable reminders that as long as we have fat bears, puppies and kittens, not everything about the world is trash.

Speaking of which, that "Baby Chimp Rescue" headline does not mention the fact that the sanctuary also is home to a number of rescue dogs there to play with the chimps and help with the caretaking. Are you not entertained? Can you stop yourself from joyfully applauding like a seal? You may not be doing it now but I assure you, about 10 minutes into this thing you will.

However, where this series differentiates itself from most animal-centric TV series made to exploit our innate soft spots for petting furry things is that at regular intervals, wildlife veterinarian Jim Desmond and his wife Jenny, the American couple that runs the rescue, remind us that every sweet-faced baby chimp that's melting our hearts is a trauma victim. The fact that this series exists, sweet though it may be, is a true tragedy.

Each young chimpanzee fortunate to make it into the Desmonds' care has been confiscated from a black market seller or a private citizen who has bought the animal from a poacher. In Liberia the chimpanzee is critically endangered due to overhunting, and as the government cracks down on those killing wildlife and butchering them to sell their meat, they're also confiscating infant and young chimpanzees left alive after their mothers are killed.

Those who are kept as pets aren't typically well cared for, and each rescue varies from another. One little chimp, kept in neglect and constricted with a heavy chain, immediately reaches for Jenny when she arrives on the scene, as if she knows she's her surrogate parent. Another older one shrieks in fury, distrusting her immediately owing to what he's learned about humans while in captivity. His owners regularly plied him with hard liquor to keep him calm.

The Desmonds originally journeyed to West Africa country in 2015 to tend to primates retired from medical research who live on a series islands. Their small rescue center began when locals brought them two baby chimps to care for not long after their arrival.

By the time "Baby Chimp Rescue" begins, they're contending with 19. That number grows as the story progresses, revealing the central tension of the three-part series: they are running out of room and need to find the chimps a home closer the forest where they can live in a habitat closer to how they would exist in the wild. Unfortunately they still need to secure funding to build in the location they have in mind.

BBC America's wildlife unit generally features programs that highlight the majesty of nature, which makes this series something of a divergence from its usual approach. "Baby Chimp Rescue" is a conservationist appeal with particularly endearing faces and names attached to it. The plot arcs aren't anthropomorphized dramas inspired by instinctual conflict in the natural world.

These chimps may as well be human orphans because they exhibit many of the same emotional shades that we do. Happiness and sorrow are plainly visible on their young faces, and that makes the stories even more devastating when the Desmonds weather heartbreaking setbacks, and inevitably they do. Such challenges as a common cold – a small inconvenience to humans – are life-threatening to these babies. Other natural threats also arise that threaten to wipe out everything they've accomplished overnight.

Real and palpable as the frustrations faced by the couple, their partner chimp expert Ben Garrod, and their caretakers can be, the predominant emotions in "Baby Chimp Rescue" are wonder and joy. The Desmonds' devotion is beyond incredible, and their natural ability to connect with these creatures is awe-inspiring.

The series is a testament to these apes' natural intellect, demonstrated in the many scenes showing Garrod and the Desmonds running classes for the youngsters to show them basic wilderness survival skills they'd ordinarily be taught by their mothers, such as creating a nest or using grass stems to pull termites out of logs.

Equally as inspiring, however, is the rescue's ability to heal the people involved with it. Several of the caretakers who work with the Desmonds previously worked in the labs where chimpanzees were experimented upon, and recall moments of listening to the cries of the babies they worked with back then.

This work, one woman says, makes a big difference in her life. She used to feel terrible about her job. Now, she says while cradling an infant chimp resting peacefully in her arms, "I'm very, very, very happy. I'm the happier one." The chance to vicariously experience a mote of that feeling urges us to watch.