We are all the fat bear now

In a brutal landscape, survival isn't about how hard you can fight. It's also about how well you can rest 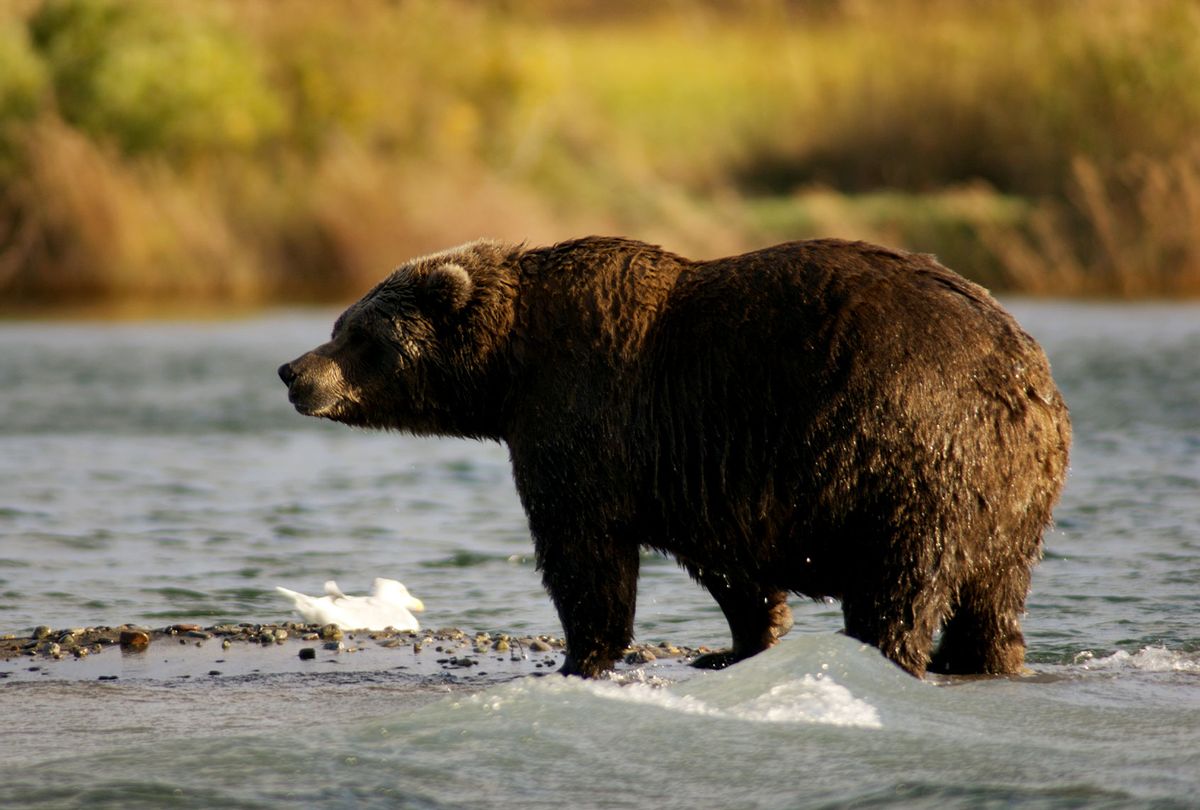 Perhaps, in years past, you were less invested in Fat Bear Week. Maybe you always put all your emotional eggs in the basket of Shark Week or Hallmark's Christmas in July. But this Fat Bear week is a different entity altogether. Because this year, I too am Fat Bear. We are all Fat Bear.

Let me explain. When the Fat Bear bracket competition was launched by Alaska's Katmai National Park and Preserve a few years ago, the concept was simple: invite the public to watch a bunch of portly bears unknowingly compete against each other as they play, sleep and eat a whole lot of fish in preparation for winter hibernation. This year's defending champion is Holly, who is "very fat with grizzled blond fur" and "somewhat resembles the shape and color of a toasted marshmallow." She's also, in my book, a feminist icon — a hard working mom who's out to prove that ladies can dominate the field of fat bear-dom. She faces formidable competition this week, including from her own daughter, the incongruously named Holly's Spring Cub. The Guardian calls the match "this year's most eagerly anticipated election," and who would disagree? So let the soothing Fat Bear live cam, with its images of rustling water and big furry animals chowing down as their meals leap directly into their mouths, take you away from… all this.

Animal content is always good content. Animal content involving absolute units is the form's highest achievement, and the current Fat Bear experience is all the proof one would ever require on that front. It is a joyful thing to read the comments — yes, I'm using the words "joyful" and "comments" in the same sentence — on the Fat Bear site and see Americans united in a common love of chonky danger floofs. "If there was a contest for their transformation during the year, 812 and 909 (my favorite bear) would be forces," writes one fan. "Their before and after pictures are remarkable, the size they gained over the summer is hard to believe." And that is the purest thing I've read all year. It's also eminently relatable, on so many levels.

I do not immediately present as a fat bear. I don't believe anyone, upon meeting me, would ask, "Where have I seen you before? The state flag of California?" Yet the past few months have turned me into a creature whose life objectives boil down to "What can I eat?" and "How long is it possible to sleep?" I may not be able to both read and retain a single New York Times op-ed, but when it comes to my home's current cookie dough stores, I have laser-like focus on Chunk, a large adult male with "numerous scars and wounds" who's "not hesitant to displace others from the resources he wants."

I used to be an emperor penguin. Industrious. Sociable. Adaptable. Fond of travel. I did not yet comport myself like an animal at once fully capable of taking two naps a day and clawing off somebody's head if they get in my face. In March, I was training for a half marathon. By April, my step counter was like, "Girl, are you okay?" It has been an adjustment, to say the least.

My other Type-A friends confront the pandemic with a diligent, "CHALLENGE ACCEPTED" attitude, growing windowsill herb gardens and sewing face masks and getting alarmingly shredded. But I floundered, viewing their energetic discipline with a mix of awe and bafflement. "I just don't know if I have the time to take on anything else right now," I lamented to my therapist one bleak spring morning. "I feel like a loser because I'm not learning Portuguese, or whatever." "Don't you dare learn Portuguese," she replied.

Instead, she gave me a new project — lowering the bar. I was tasked with the then-seemingly impossible work of taking time off, doing less, and not piling on additional deadlines and stress. I threw myself enthusiastically into the assignment, clearly not yet quite grasping the concept. In the middle of the night, wide awake, I would find myself googling terms like "zen habits."

Eventually, though, I started to get the hang of it. I started by committing to a Sunday afternoon beer and movie — nothing too cerebral. No housecleaning, no cardio, no ambitious bestsellers. Just me, a Sierra Nevada and Adam Sandler. I stopped tracking my mileage. My wardrobe became the sartorial equivalent of a mullet — business on top, chaos below. I didn't realize it at the time, but while others around me were finally mastering the chords to "Doll Parts," I was in training to become my own personal best fat bear.

The fat bears are not lazy. They merely have very specific priorities and a limit to what they want to get done in a given day. They are also, like all of us, under duress. Global warming is having a yet-unknown effect on their salmon population, and their landscape is in Trump's sights for a proposed open-pit mine. That's what Otis has to deal with. And "while Otis occasionally appears to be napping or not paying attention, most of the time he's extremely focused on the water." Substitute "Great British Baking Show" for "water," and how is this not any of us? Or look at Walker, whose "priorities have changed" and has of late "become less tolerant of other bears, including some of his former playmates." If Walker had thumbs, he'd be blocking his high school classmates on social media. Life is short, the bears know, and if you're not food, family, or sleep, you are my nemesis.

I will never be the kind of achiever that Holly and Chunk and Otis are; I will never know their glory. I can't even eat one entire salmon a day, let alone 25. But what I see lately in myself is perhaps not entirely unlike what Walker sees when he gazes into the river: a being who is methodically hunkering down for what comes next. One whose priorities have shifted, who has great stores of both fury and fatigue. And who understands that in a brutal landscape, survival doesn't just come down to how hard you can fight. It's also about how well you can rest.