Boeing 737 Max crashes were not isolated events. They're the result of deregulation 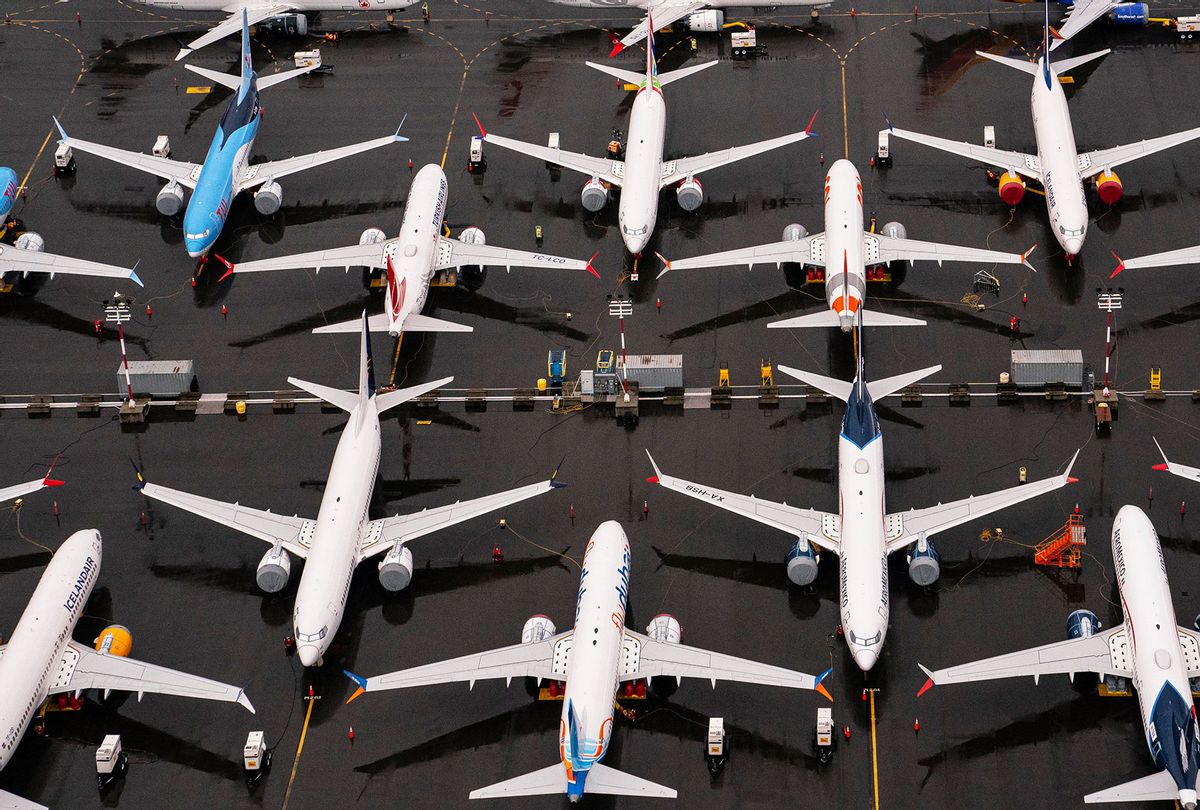 They don't trust the FAA. And if they don't, why should we? The two deadly 737 Max crashes – the first in 2018 from Indonesia's Lion Air, and the second, several months later in 2019, from Ethiopian Airlines – reflected dangerous inadequacies with FAA oversight, and, more broadly, dysfunction across the American regulatory system.

In the aftermath of the crashes, the Joint Authorities, an FAA-commissioned investigatory body with experts from NASA and international aviation authorities, targeted faulty navigation systems and blamed them, in part, on the FAA's abdication of regulation in favor of self-regulation. Nearly all aspects of certifying the 737 Max were in Boeing's hands, not the FAA's, the Joint Authorities found, and the company's self-regulation program was shot through with "conflicting priorities and an environment that does not support FAA requirements."

The 737 Max crashes were not isolated events, however. Corporate disasters connected to deregulation and undue reliance on self-regulation are depressingly frequent: Collapsed mines, pipeline spills, food and water contamination scares, consumer fraud, cancer clusters, fires, crashes, and explosions. The Deepwater Horizon disaster and Wall Street's 2008 meltdown resulted in part from deregulation and failed self-regulation. Big tech monopolies and the climate crisis are both spiraling due in part to industries' success in keeping regulators at bay.

Part of that success has been rooted in the surface appeal of self-regulation, which corporations leverage to fight for deregulation. Trotting out increasingly ambitious commitments to the environment and social responsibility, companies claim they should be trusted to respect social and environmental values rather than compelled by law to do so; that they should be left to self-regulate rather than be regulated. Which helps them push harder, and more successfully, to free themselves from regulatory oversight.

JP Morgan Chase's Jamie Dimon and his Business Roundtable recently called upon major companies to broaden their mandates by serving the interests of workers, communities and the environment, not only shareholders. Yet the Roundtable and the companies that constitute it vociferously fight, without any sense of contradiction, or even irony, to rollback regulations designed to protect workers, communities, and the environment. In 2017, for example, the organization lobbied the Trump administration to cut, among other things, ozone and coal-fired plant emission standards, clean water rules, worker overtime and fair pay requirements, and net neutrality rules.

Corporations fight regulation because it's good for their bottom lines to do so. In the absence of regulation, they can create their own standards and decide when and how to follow them, rather than being bound by government's mandatory dictates.  Shifting from regulation to self-regulation is good for business. But, as the 737 Max crashes along with other deregulation disasters show, that doesn't mean it's good for the rest of us.

Self-regulation programs are profoundly limited and weak because companies' overarching imperatives to prioritize profit and shareholder value necessarily trump meaningful protection of public interests. The former must always come first, the latter last. Which is why, as the economist Willem Buiter describes it, "self-regulation stands in relation to regulation as self-importance stands in relation to importance, and self-righteousness to righteousness."  Or, more ominously, in the words of the official post mortem of the Deepwater Horizon disaster, "industry self-policing is not a substitute for government….and the cost of forgetting that essential premise can be calamitous."

Only governments can provide robust protection of public interests – independent, mandatory, and enforceable. Corporate self-regulation is a dangerous illusion propagated by companies wanting to lighten their regulatory load, and lobbied for behind a deceptive guise of good intentions.

As Joe Biden prepares to occupy the White House, remaking the regulatory system will be among his top priorities. His early steps have been positive (vowing, for example, to reverse Trump's rollbacks of energy and climate regulation) but he'll need to do more, and more broadly: to foster robust and effectively enforced standards; agencies with integrity and independence; resilience in the face of industry lobbying and pressure; and a highly skeptical eye towards self-regulation. One can only hope Trump's four-year attack on the regulatory system will take its place in history as a kind of tipping point, the needed impetus for bold and far-reaching change to create a new and better system.

Joel Bakan is the author of "The New Corporation: How 'Good' Corporations Are Bad For Democracy," and writer and co-director of a feature documentary film based upon the book. A law professor at the University of British Columbia, his previous works include "The Corporation" book and film.