Even after being hospitalized for coronavirus, Giuliani was clueless about the virus and its treatment 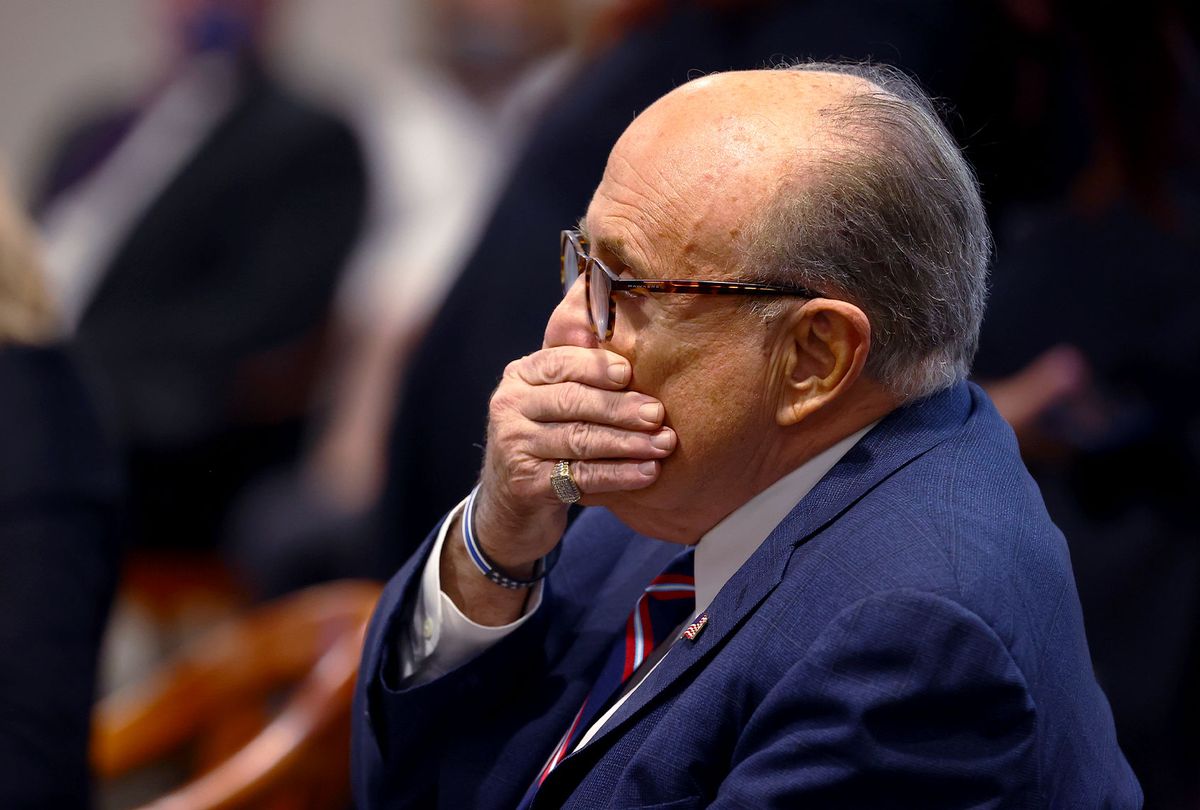 Rudy Giuliani, President Donald Trump's personal attorney and former New York City mayor, insisted that he has not changed his views about the dangerousness of COVID-19 despite his recent diagnosis — and even after he was informed that he had access to rare, expensive medications that most Americans with COVID-19 do not.

Speaking in an interview with New York's TalkRadio 77 WABC on Tuesday, Giuliani said that he has "exactly the same view" that the coronavirus pandemic is being exaggerated and that people don't need to wear masks, even as he spoke from a phone in a Washington DC hospital room because he had been infected. Giuliani added that "I've also been through cancer, a couple of other things — very serious, very serious, emergency knee operation. Things happen in life, and you have to go with them. You can't overreact to them. Otherwise, you let the fear of illness drive your entire life."

Giuliani's comments echoed Trump's own response to being diagnosed with COVID-19 back in October, when the president tweeted, "Don't be afraid of Covid. Don't let it dominate your life." Like Trump, Giuliani has recently criss-crossed America, often while shirking public health guidelines, in an attempt to overturn Biden's unambiguous victory in the 2020 presidential election.

Like Trump, Giuliani has been treated with remdesivir and dexamethasone, which one of the radio hosts pointed out is too expensive for ordinary Americans.

"I, well, I didn't know that. I mean, they give it to us here at this hospital," Giuliani told the radio hosts. He added that he was "not sure" their description was accurate.

After being diagnosed with COVID-19, Trump was given the steroid dexamethasone to address his lowered oxygen levels; a five-day course of the antiviral drug remdesivir that is meant to improve recovery time for patients; and an 8 gram dose of an experimental drug called REGN-COV2 from the biotechnology company Regeneron.

The treatment that President Trump got is certainly not available to all patients, Dr. Georges Benjamin, executive director of the American Public Health Association, told Salon by email in October. Benjamin's views were echoed at the time by Dr. Richard D. Wolff, professor emeritus of economics at the University of Massachusetts Amherst.

"Privilege is the key adjective to describe not only the medical care Trump is now receiving but the entire package of first-rate health care provided freely to top officials, the Congress, etc," Wolff wrote to Salon. "It is a long-standing reproach to the deep inequalities of US capitalism that the same governmental officials whose votes deny a first-rate universal health care system to the mass of Americans can and do luxuriate in just such a system for themselves. It only adds insult to that injury that the President gets medicines and treatments not available to the public."

Besides being ignorant about the accessibility of his drug regimen, Giuliani also eschewed the scientific consensus on wearing masks to prevent the spread of the novel coronavirus. When asked by one of the hosts if his experience being hospitalized changed his view on masks, Giuliani replied "No. It does not. I think you can overdo the masks."

Like Giuliani, Trump has repeatedly downplayed the importance of wearing a mask, even mocking President-elect Joe Biden for regularly wearing a mask during one of the presidential debates.

There is scientific consensus that masks prevent the spread of coronavirus. "Masks are important for catching droplets and microdroplet aerosols expelled while talking and breathing," Dr. Eric Feigl-Ding, Senior Fellow at the Federation of American Scientists, told Salon by email in July.