Even beyond the voice recast, "Big Mouth" nails the adventures of an awkward Black girl

Like the series' theme song says, in Season 4 the show is going through changes. Evolving Missy is the best one 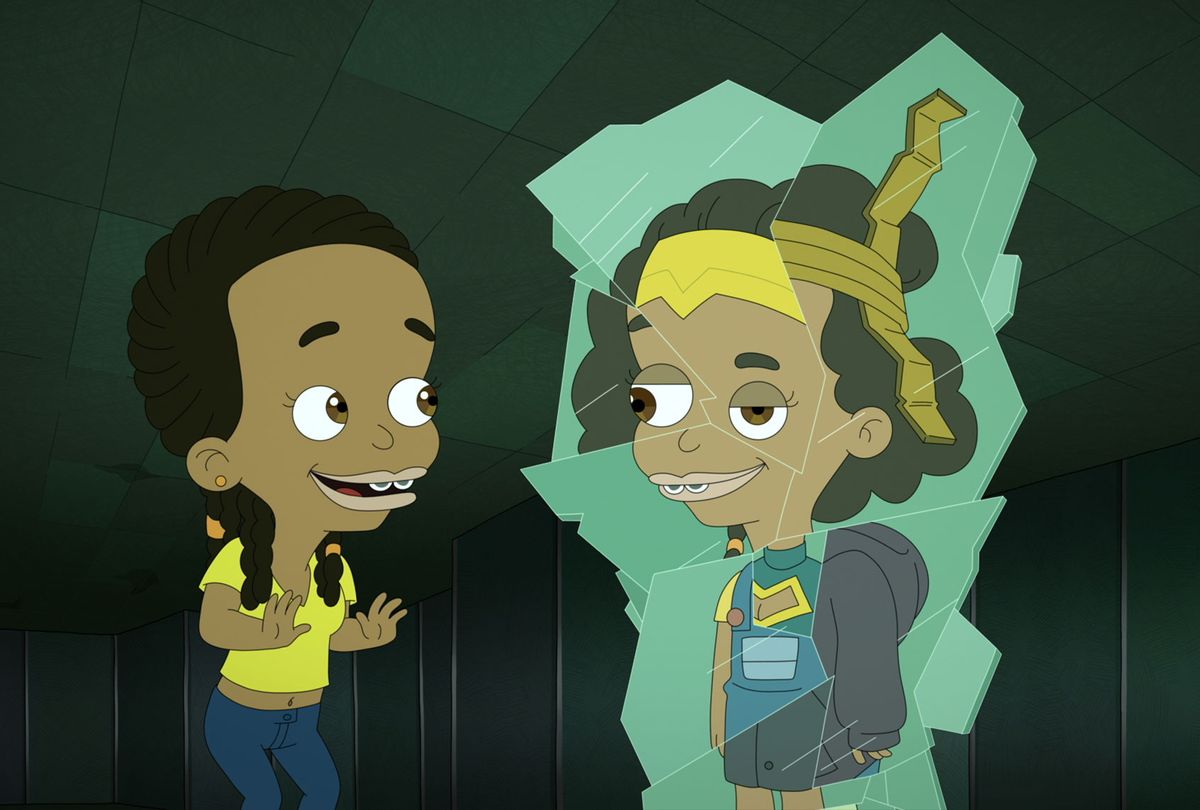 Geek culture's coolness is only a very recent phenomenon. People tend to forget that. Many more people overlook the fact that geekdom isn't an all-inclusive world, even now.

But it really, really wasn't back in the day, when I was the approximate age of "Big Mouth" character Missy Foreman-Greenwald. Putting it simply, if you were a Black girl who was really into comic books, "Star Trek" and "Star Wars" and spent more time with her nose in high fantasy novels than thumbing through the pages of "Seventeen," you were not getting a whole lot of attention at school dances.

Let me phrase that another way – I wasn't. In "Big Mouth" Missy does OK. She's has two guys fighting over her and doesn't know what to make of that. She also has an active fantasy live in which she travels in the universe in a space ship with Nathan Fillion as her guide and consort. Totally normal girl stuff.

For most of its run "Big Mouth" treats Missy like every other middle schooler, highlighting her extreme awkwardness as opposed to the fact that she's a biracial eighth grader in predominantly white school. But in the second episode of the recently premiered fourth season (written by Kelly Galuska) the series finally confronts its hesitancy to have conversations about race by way of a summertime trip to Atlanta, where Missy spends time with her cousins Lena (voiced by Lena Waithe) and Quinta (Quinta Brunson).

And while Lena and Quinta are kind to Missy, they let her know in no uncertain terms that her Black father and Jewish mother are depriving her of fully connecting to her cultural identity by avoiding talking about race and racism.

"Have you ever had your hair braided?" Quinta asks. The answer is no.

"Have you ever been forced to watch a bootleg of a Tyler Perry play?" Lena says. "I don't know?" Missy answers.

"Do you prefer sweet potato pie or pumpkin pie?" Quinta queries. "What's the difference?" Missy asks in reply. "I'm gonna slap her in the face!"

"Your parents," Lena concludes, "haven't let you be Black."

Until Season 4, neither did the creators of "Big Mouth." Not really.

When it comes to exploring and satirizing the horrors of puberty, "Big Mouth" has no parallel with regard to its sheer in-your-face grossness, played up to maximize the audience's discomfort and thereby placing us, the viewers, in the same arena of squeamishness as its characters. "PEN15" gets close, but this one really captures the icky weirdness of the child-to-adult transformation.

The animated series primarily follows the adventures of series co-creator Nick Kroll's character Nick and his best friend Andrew (John Mulaney) as they and their friends contend with their burgeoning impulses and individual senses of self and changing bodies. Along the way they and other kids in their school muddle through journeys of sexual and gender identity and face a number of conundrums and scenarios calling attention to the unequal playing field upon which society place men and women when it comes to how they interact, dress, speak or behave.

Preventing all of this from being too serious is the series' crew of Hormone Monsters voiced by Kroll, Maya Rudolph, and – as of Season 3 – Thandie Newton, who debuted as Missy's fairy godmonster Mona. Newton's casting represents a major marker for Missy in that Mona is strictly hers; Rudolph's monstress split duties for a time between Nick and Jessi Glaser (Jessi Klein), the other central female character.

Newton, like Missy, is Black. Until this past summer, however, Missy was voiced by Jenny Slate, who is not. Had "Big Mouth" continued to universalize the pubescent experience without addressing Missy's Blackness, Slate likely would have remained in that role. The series itself would also lose some of its honesty, which is its main currency.

Instead of eliding that conversation, the writers step into the center of it. "Big Mouth" frequently gets meta with its dialogue, which is why this Missy quote from "A Very Special 9/11 Episode" has received so much attention: "I'm really struggling with my racial identity right now. My mom's white, my dad's Black, I'm voiced by a white actress who's 37 years old!"

Slate recorded most of Season 4 but officially exited the role in June and was replaced by writer and comedian Ayo Edebiri, who takes over in the penultimate episode "Horrority House." Her exit was one of many white voice actors leaving behind the animated people of color they played after years of being called out about it. Mike Henry gave up voicing Cleveland Brown, and Hank Azaria left Apu the iconic Kwik-E-Mart owner on "The Simpsons" (but not, presumably, the royalties earned by their many years in the respective roles). Kristen Bell voiced a biracial character on "Central Park" until this summer when she, too, announced she wouldn't play the role anymore.

(The winds of change came too late for "Bojack Horseman" to recast Diane Nguyen with an Asian actor instead of Alison Brie, but Raphael Bob-Waksberg has loudly broadcast his mea culpas.)

Vacating a role to enable a person more fitting to play it is one thing, but the crucial difference with "Big Mouth" is how they're doing it. As Lena and Quinta insist (and the series' writers have acknowledged elsewhere) grappling with one's cultural identity is central to the adolescent experience for people of color.

Missy only begins to figure out who she wants to be as she matures, starting with giving up her beloved and extremely unfashionable overalls and moving on to discovering via a classmate what it means to "code switch" in the 9/11 episode. "Big Mouth" doesn't draw a single conclusion as to the legitimacy or propriety of any aspect of Missy's identity, or allow any character to bully her into anything she doesn't want to do or be.

The most touching part of her journey, however, is the handoff from Slate to Edebiri. It occurs in a hallucinatory nightmare sequence where Missy is berated by multiple mirror images of herself.  (Mirror Missy is her aggressive alter ego, representing the character's extreme suppression of rage and every other negative emotion.)

Each insists that there can only be one version of her which is, of course, every teenager's quandary and personal horror. It was challenging enough for Missy to trade in her childish overalls for more mature jeans.

Eventually she finds a version herself that she recognizes by assembling shards of each image into a new whole, another alter-ego character called Mosaic Missy . . . which is where Edebiri permanently steps into Missy's shoes. The changeover from Slate's voice to Edebiri's is barely noticeable. But everything leading up to it ensures that it matters.

"Big Mouth" hasn't always hit the nail on the head with regard to portraying the singular difficulties faced by of its kids that don't fit a heteronormative mold, and it has weathered criticism about those missteps.

In the wake of that, the show could have gone on doing what many other animated series featuring a Black character do and have done for many years, which is to content itself with featuring an animated character that's brown in a sea of peach, tan or if you're talking about "The Simpsons," yellow. Diving into the layers of who Missy is growing to be only enriches the experience of the series while taking nothing away from how broadly appealing and relatable she is no matter who is traveling along with her adventures. For her, change is uncomfortable and inevitable; for the series, so far this change is only a good thing.

All episodes of "Big Mouth" are currently airing on Netflix.