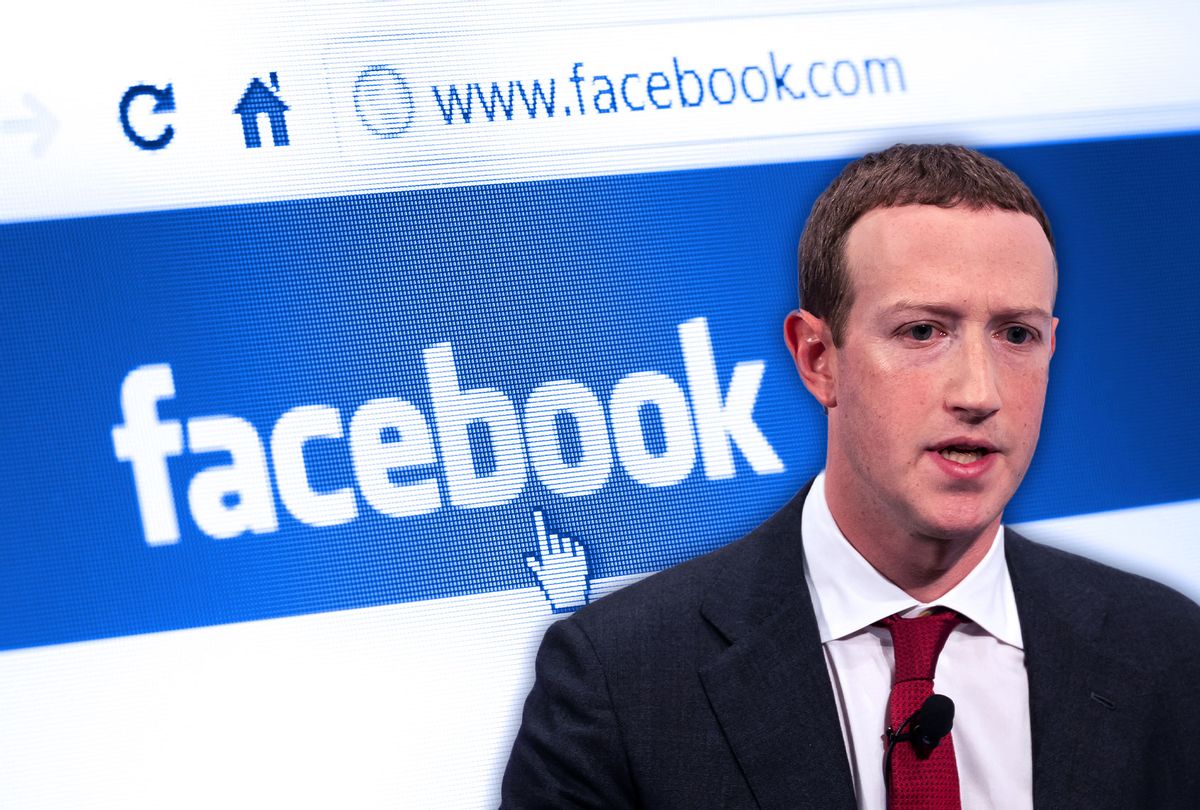 In a pair of antitrust lawsuits filed against Facebook on Wednesday, the federal government and 48 attorneys general accused the social media giant of engaging in illegal tactics to stifle competition, including subjecting companies that would not agree to sell to CEO Mark Zuckerberg to the "wrath of Mark."

"For almost a decade, Facebook has had monopoly power in the personal social networking market in the United States," the 46 state officials, as well as attorneys general from Guam and the District of Columbia, wrote in their complaint. This accusation was echoed in a filing by the Federal Trade Commission (FTC), which said that Facebook "has maintained its monopoly position by buying up companies that present competitive threats and by imposing restrictive policies that unjustifiably hinder actual or potential rivals that Facebook does not or cannot acquire."

According to the filings by the attorneys general and the FTC, Zuckerberg at one point wrote to a colleague that "[o]ne thing about startups . . . is you can often acquire them" in order to build a protective "moat" around their own company by neutralizing the competition. The state officials' filing also claims that Zuckerberg would intentionally offer competing companies prices so high "they'd have to consider it" and alleges that "if you stepped into Facebook's turf or resisted pressure to sell, Zuckerberg would go into 'destroy mode' subjecting your business to the 'wrath of Mark.'"

The state officials' complaint says that Facebook "intensively monitored" new apps and startups, purchasing those that they deemed a threat to Facebook's "monopoly power."

According to both filings, this was why Facebook purchased Instagram and WhatsApp. As the state officials put it, when Facebook decided not to purchase a company or was told by the owners that they were not interested in selling, "Facebook cut off access to key components of its immensely valuable network."

In one anecdote from the state officials' complaint, Instagram co-founder Kevin Systrom asked an Instagram investor who personally knows Zuckerberg whether the CEO would go into "destroy mode" if he refused the company's $1 billion purchase offer in 2012. The investor allegedly replied, "probably (and probably also if we just don't engage at all)." Zuckerberg later reinforced this impression when he is quoted as telling Systrom, "At some point soon, you'll need to figure out how you actually want to work with us. This can be an acquisition, through a close relationship with Open Graph, through an arms length relationship using our traditional APIs, or perhaps not at all." Zuckerberg also intimated that Facebook could develop services similar to those provided by Instagram and crush the competitor that way.

In an anecdote from the FTC filing, the federal government described how Facebook celebrated its purchase of WhatsApp in 2014 by clearly describing it as neutralizing a potential competitor. One manager allegedly wrote in an instant message that it was "w]orth it" because "their numbers are through the roof, everyone uses them, especially abroad.... Prevents probably the only company which could have grown into the next FB purely on mobile[.] . . . [1]0% of our market cap is worth that[.]"

The filing also describes how a Facebook executive wrote to colleagues that the company would not need to worry about spending 5-10% of its market cap every few years to "shore up" its position because "we think this is a 'point in time' where change is coming to the mobile landscape. I hate the word 'land grab' but I think that is the best convincing argument and we should own that."

The state officials' complaint argues that Facebook's alleged illegal monopoly hurts users, as it gives the company "wide latitude" to collect and sell users' private information, and controls what users see and do. The complaint alleges that the user experience has been degraded by the business interests of Facebook, which have distorted their experience of Facebook and led to "less choice in personal social networks . . . and reduced investment in potentially competing services"

In response to the lawsuits, Facebook vice president and general counsel Jennifer Newland said in a statement that "people and small businesses don't choose to use Facebook's free services and advertising because they have to, they use them because our apps and services deliver the most value."

Prior to the 2016 presidential election, American regulators generally avoided confrontations with Facebook and other Silicon Valley companies, and Facebook faced its main challenges from European regulators. Facebook has been harshly criticized since the 2016 election for unwittingly aiding in Donald Trump's victory and allowing Russia to purchase political advertisements (perhaps also unwittingly). The company has also been accused by left-wingers of boosting right-wing news sources and simultaneously suppressing progressive counterparts. Conservatives have also accused Facebook and other Silicon Valley companies of discriminating against right-wing views.

Facebook is not the only Silicon Valley giant to face recent regulatory backlash. The Justice Department filed an antitrust lawsuit against Google last month and antitrust groups are also reportedly looking into actions against Amazon and Apple, according to The Washington Post.

Herbert Hovenkamp, a professor at the University of Pennsylvania Carey Law School who has written extensively about antitrust laws, told Salon in October that antitrust lawyers will have their work cut out for them because traditional understandings of antitrust laws don't necessarily apply to companies like Facebook, Google, Amazon and Apple.

Even though these companies might generally "be doing a lot of bad things, they're generally not charging high prices," Hovenkamp said. She noted that most of their services, from email to social media accounts, were free to users. Hovenkamp made a similar point about Amazon. "You don't see in consumer complaints about Amazon that they charge high prices for things, and the way they've managed their business to grow so incredibly is by low prices," Hovenkamp said.

Yet a public report from a consumer rights group published in September 2020 did discover over a dozen instances of price-gouging by Amazon during the pandemic, particularly on consumer goods related to pandemic protection like hand sanitizer.