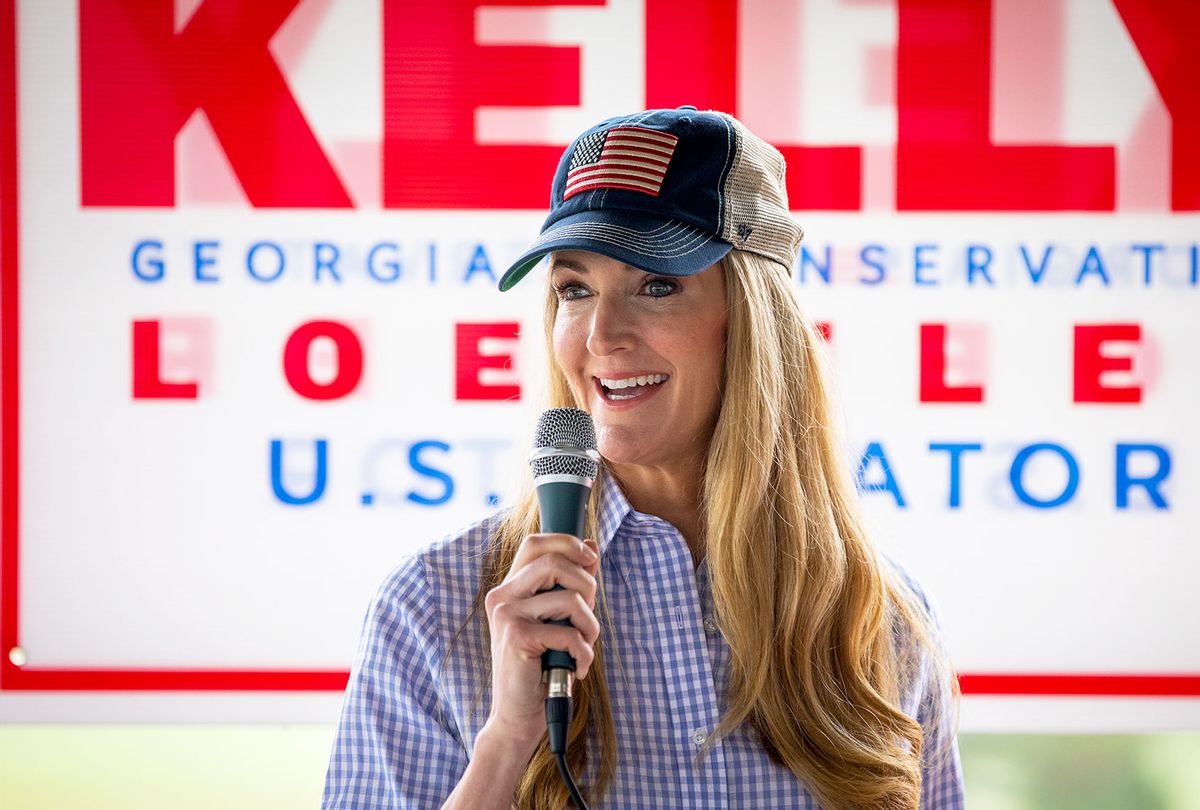 Earlier this week, the House approved a $740 billion defense spending bill by an overwhelming margin, in defiance of President Trump's threat to veto if Congress didn't use the opportunity to strip internet platforms of a special legal shield — an unrelated issue that Trump has shoehorned into the debate under the guise of a national security risk.

The Senate, which already passed an earlier version of the annual resolution — the National Defense Authorization Act (NDAA) — will now have to take up the measure again, setting up a showdown with Trump that puts additional pressure on a pair of Georgia Republicans headed for runoff elections: They can side with the military and risk Trump's wrath, just weeks before the Jan. 5 election, or give Trump the votes he needs to ensure his veto stands.

Georgia itself has skin in the game: The bill funds upgrades to Robins Air Force Base, for instance, and includes a provision to help modernize combat equipment.

Both of the above provisions were requested by Georgia's unelected multimillionaire Sen. Kelly Loeffler, former CEO of a cryptocurrency joint venture with Microsoft who has recently chosen to side with Trump on the Big Tech issue, apparently against the military's immediate funding interests.

In July, Loeffler was touting her own contributions to the bill on her official Senate page, including an amendment "to further solidify our support for the security of Israel" and a bipartisan bill to help "enhance the VA's capacity to provide care to veterans through telehealth." She voted to pass the bill last month.

But with the January runoff approaching, after Loeffler survived a challenge from Rep. Doug Collins, her Georgia GOP rival, she has apparently aligned herself with Trump on the internet liability protections issue. This play to his base, however, is apparently at odds with Loeffler's recent position as CEO of a cryptocurrency startup, not to mention her marriage to Jeffrey Sprecher, chairman of the New York Stock Exchange.

In fact, Loeffler, who sold her individual stocks earlier this year amid questions about well-timed trades made ahead of the coronavirus pandemic, still appears to hold stakes in Georgia-based tech startup funds, according to her financial disclosures. Despite her claims that she does not take money from Big Tech, Loeffler's campaign has accepted tens of thousands of dollars from major internet platforms, including Google and Facebook.

"HOLD BIG TECH ACCOUNTABLE!" Loeffler tweeted on Dec. 3, quoting a Trump tweet that targeted her GOP colleagues ahead of the NDAA vote.

"Looks like certain Republican Senators are getting cold feet with respect to the termination of Big Tech's Section 230, a National Security and Election Integrity MUST," Trump had tweeted, in reference to the liability protections. "For years, all talk, no action. Termination must be put in Defense Bill!!!"

But for years, Loeffler and Sprecher, invested heavily in that sector: Together, they held up to $10 million in tech stocks, including at least hundreds of thousands, and possibly millions — required financial disclosures do not offer exact dollar amounts — in Facebook, Apple, Amazon and Alphabet, the parent company of Google.

Before her appointment to the Senate last December, Loeffler ran a startup called Bakkt, a joint cryptocurrency venture between tech giant Microsoft, Starbucks and her husband's corporation, Intercontinental Exchange (ICE), which was Bakkt's parent company. Bakkt converts digital holdings such as crypto and rewards points into cash, and offers a bitcoin futures market.

Three months after Loeffler's departure from Bakkt — and just after her final flurry of stock sales in February and March, which involved tech companies engaged in crypto — the company received a $300 million Series B injection from Microsoft and other companies. Loeffler still held that compensation agreement at the time, which according to her financial disclosures will vest her shares for any "future liquidity events."

The NYSE, her husband's company's flagship subsidiary, also lists a number of tech companies, such as Verizon, Pinterest, Uber, Spotify and Oracle — if it seals the deal with social media platform TikTok, which Trump has repeatedly advocated.

According to NYSE data, following ICE's 2013 acquisition, 75% of all tech IPO proceeds have been raised on that high-profile exchange.

Despite publicly vowing not to take money from Big Tech, and criticizing Collins during the 2020 campaign for accepting such contributions, Loeffler received tens of thousands of dollars from tech firms. Those contributions included $5,000 from a Google PAC before she even took office, as well as money from the tech monolith's current and former lobbyists — the PAC allows employees to combine resources in support of candidates that share the company's "common values."

Still, in August, Loeffler told a small Georgia audience that she does not take money from big tech, but "speaks out against it."

"Our freedom of expression is what makes us free as a country, allows us to have the important debate and conversations about important topics that we need to discuss," she said. This was perhaps paradoxical, since the Section 230 protections Trump is obsessed with shield internet platforms from direct liability for content shared by users, and are widely seen as empowering free expression.

"I will never be silenced by the swamp and the fake news that want to attack conservative speech," Loeffler added. "That's why I've spoken out against Big Tech. I don't take money from Big Tech, I speak out against it."

The next month, a lobbyist for Facebook made the maximum allowable donation to her campaign.