Political reporters want a fight with Biden? Here's an idea: Fight for transparency

If the press wants to prove its toughness, stay away from fake Biden scandals and go after something useful 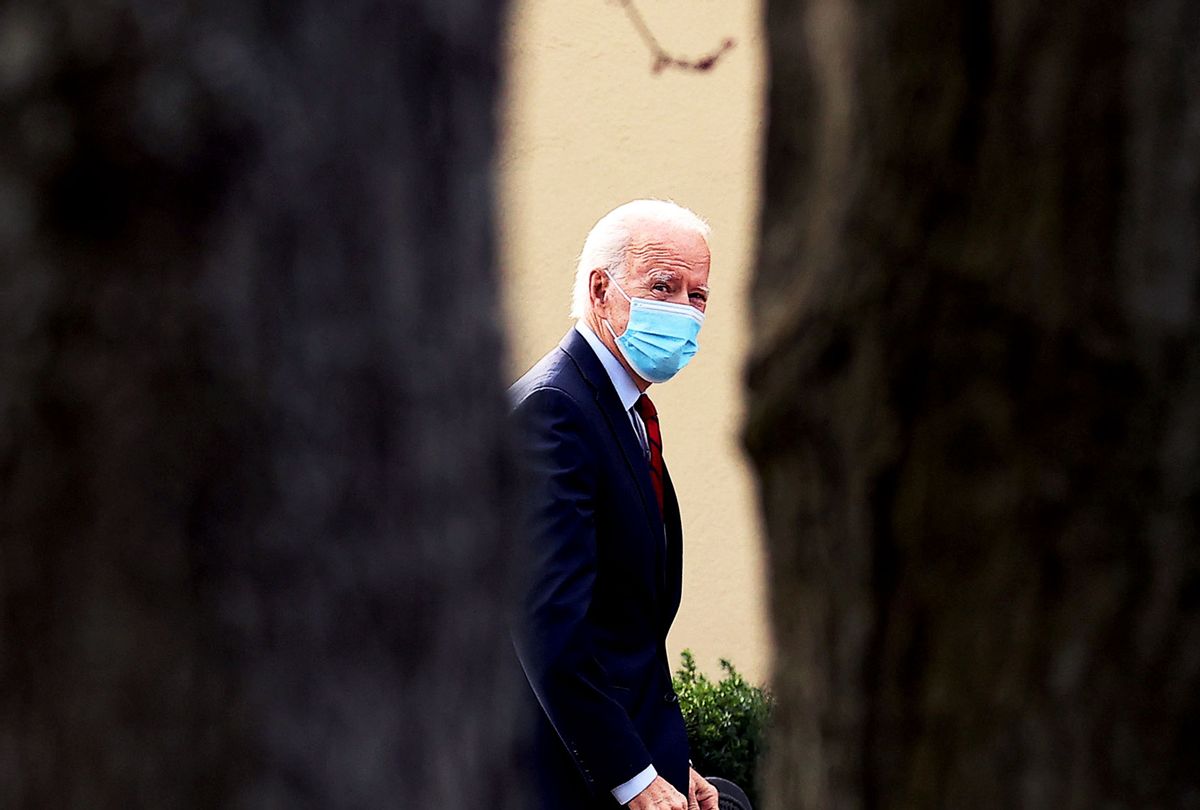 Easily-bored political reporters are looking for something exciting to do now that the Trump circus is leaving town, and I have an idea: Demand transparency from the Biden administration, and don't let up.

Start by insisting that Biden hold open-ended press conferences ASAP. Then get him to publicly commit not simply to a return to Obama-level transparency, but to a new era of openness. The only way a public that has lost faith in government can learn to trust it again will be by being able to truly see how it works — and by seeing it held accountable.

Here are a few specific questions reporters should ask:

There is nothing inappropriately partisan or provocative about journalists starting to bang this drum now, and loudly. Habits are forming within the new administration, and it's essential for the public that those habits be good ones.

"Without rules in place to ensure transparency, ethics, accountability, none of the stuff that we want to get done is going to get done effectively," says Lisa Rosenberg, executive director of Open the Government, which advances the public's right to know. "Because at its core, for our democracy, for institutions to work, they need to be accountable. So if we want to address COVID, if we want to address climate change — it doesn't matter what it is — we need to start with the fundamentals. And the fundamentals are an accountable government."

I interviewed Rosenberg because she recently finished shepherding an extraordinary report titled "Accountability 2021: Recommendations for restoring accountability in the federal government." The contributors — an all-star collection of most of my favorite good-government types — put together a spectacular and exhaustive list for policymakers in the executive and judicial branch.

It's also something of a cheat sheet for reporters who want to set a positive, public-spirited agenda. Several of my suggestions above are cribbed from it.

She said that when Biden interviews job candidates, "he should ask them about their commitment to transparency."

One of the major, concrete recommendations in the report: "We want what we're calling a chief accountability officer to be in the White House," Rosenberg said. "And that person then would implement the ethics orders, the transparency orders — all of those sorts of initiatives that we hope to see issued on Day One of a Biden presidency."

Having such a position would be a big step forward, Rosenberg said. "By placing that person in the White House, presumably, they have the ear of the president. And they can say, 'You know, Mr. President, this isn't going the way it's supposed to. We're not seeing proactive disclosures,' or 'We're seeing when one agency doesn't talk to another.' "

Here's one particularly resonant passage from the report:

Agency leadership fails to reward civil servants who work to advance transparency, instead too often consistently violate legal requirements to provide comprehensive, accurate, and timely information to the public; the default to extreme, unwarranted secrecy often puts civil rights and civil liberties at risk; and antiquated technology and the lack of uniform data protocols leave us in the dark.

And one possible solution:

The president should prioritize the institutionalization and protection of dissent across government. Each agency should at minimum create a "dissent channel" —modeled after the Dissent Channel at the Department of State and the Direct Channel at the United States Agency for International Development — that allows civil servants and federal contractors to voice objections to policies, corruption, or inappropriate interference by political appointees, and clarify that any civil servant or contractor that appropriately utilizes the channel for those purposes will be protected from retaliation under applicable whistleblower protection laws.

If the political press suddenly wants to prove how tough it is, after four years of completely failing to hold Donald Trump and his inner circle accountable, it could best do so not by finding fake scandals to blow out of proportion, but by aggressively pushing Biden to meet the needs of the public — in a way no president has ever done before.