Does your Christmas tree have pesticides? 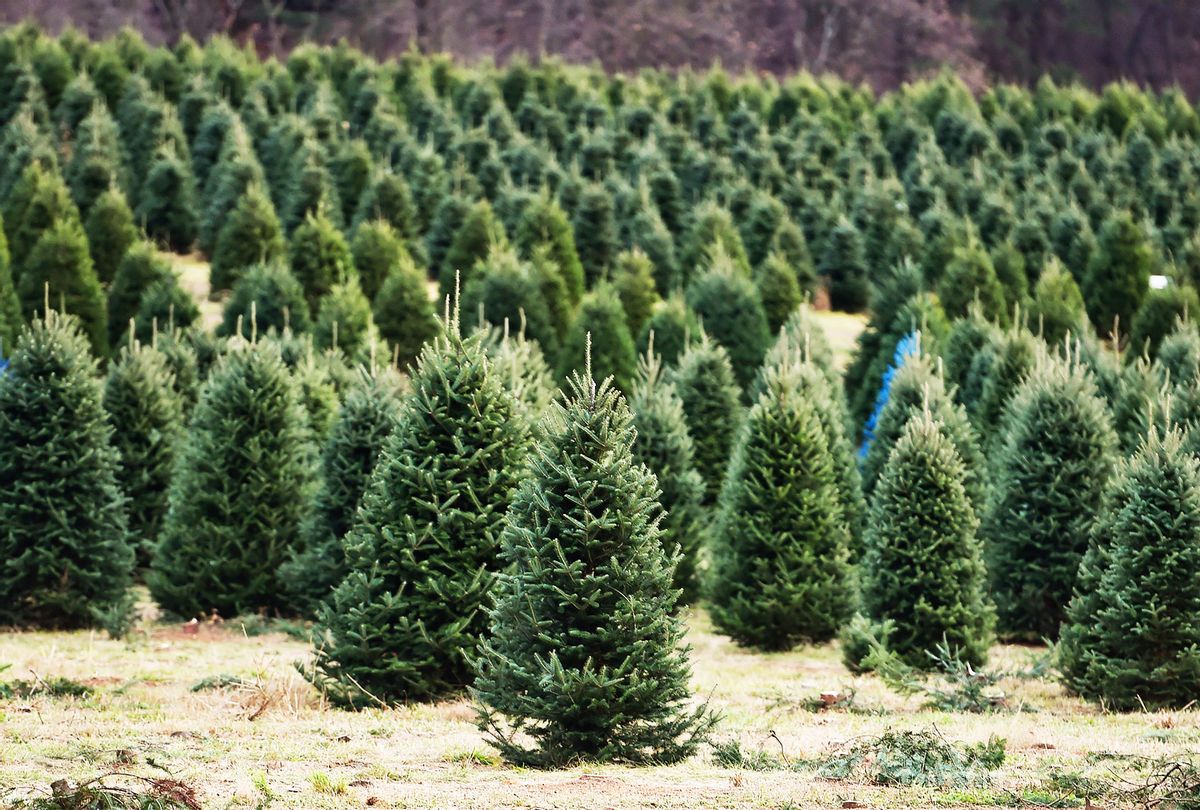 Each winter, millions of Americans buy Christmas trees — but not everyone is privy to the intense process behind growing one.

In fact, the tree sitting in your living room right now is probably around 10 to 12 years old, or maybe older, depending on the species and the size of it. Throughout its lifetime, depending on the year and conditions on the farm, it's likely that it's been sprayed with pesticides — perhaps even the herbicide in Roundup – to prevent damage from insects or other substances that can stunt a tree's growth and yellow the foliage.

Insecticides have been linked to affecting the human nervous system, so does this mean the Christmas trees are a threat to a person's health inside the home, or your pet's health? We asked Chal Landgren, Oregon State University's Christmas tree specialist, who also has a seven-acre Christmas tree farm, to find out.

First, can you briefly explain the process of growing a Christmas tree?

Yeah, it's a long process. Most of the seedlings that are planted are anywhere from 2 to 4 years old. So they're 2 or 4 years old when they're planted. And depending on the species, it can take up to 10 or 11 years before you get a tree that's a harvest size.

How are pesticides used to keep Christmas trees looking young and healthy?

Well pesticides is a general term. It includes herbicides and insecticides and fungicides so Christmas tree growers don't use them unless they're, you know, indicated by certain problems or certain situations. And it depends on the species. For example, Douglas Fir tends to get a fungus problem called Swiss needle cast (SNC). So, growers spray in the springtime to protect the new foliage from contracting the disease. That's one use of the fungicides. For things like insecticides, the most common problem might be something like aphids, and the aphids will basically suck the juices out of the trees so they're looking anemic and needles die. Those would be sprayed in the springtime after the new growth has emerged, sometime around June, Herbicides would be used for grass control, if needed, to keep moisture in the soil and to keep some of the rodents from getting up close to the standard and girdling trees. Those are examples of how the three different kinds of pesticides are used.

Are all herbicides and pesticides and fungicides equally a threat to human health and or tree health?

They're all quite different. The EPA will, on the label of the pesticide, have a rating about toxicity. The toxicity will be rated for different things, whether there's some concerns about getting it in your eyes or maybe there's a concern about ingesting. Growers have to follow the rules based on the side label.

Should Christmas tree buyers be concerned? Why or why not?

I would say no, for a couple of reasons. I'd be the most worried as a consumer about insecticides because they're designed to work on insect metabolism. The insecticides that are used are typically used right as the new growth is coming out in June and July, and by the time Christmas rolls around they're pretty well degraded. They're the same pesticides or insecticides that are used on items that you eat. I mean, in the case of apples and oranges. The residues are so low by the time they're harvested though. For Christmas trees, we're not eating them. There are lots of little things like spiders and stuff that crawl around the needles on the Christmas tree, and they're not concerned about the insecticides after two or three months. They're crawling around the needles and doing just fine.

Are there efforts underway for farmers to cut down on their pesticide use?

We have a program on certification that kind of rewards farmers for not just, it's not an organic certification, but there are provisions that suggest that the growers only use pesticides when they've done some scouting, and they find that they really need to use them. There are trees that we very seldom have to use insecticides on. For example, some of the newer species like the Nordmann and Turkish fir. We haven't had insect problems on those trees, so a grower doesn't have to worry about using insecticides or fungicides.

I was going to ask if there is a specific species of Christmas tree that is likely to have fewer pesticides than others?

For us, that would be the Nordmann and Turkish fir, and a new one called Trojan fir. Fingers crossed, and I'm sure there'll be insects and fungi that will learn to like those species, but right now you can grow those trees through an entire rotation and never have to use a fungicide or an insecticide. It's not something that growers want to use, even on the native species, but there are years, say for example that there might be a severe aphid attack. And, and if you want to have something that you can harvest you need to be doing some spraying. It may be only once in a season, but it becomes necessary.

What advice do you have for people buying Christmas trees this year who don't want to bring pesticides into their homes?

That's a good question because it's pretty much invisible. I would talk to the grower of the tree to see when they've used pesticides, or what they've used if that's a concern for people. But generally speaking, the last insecticide they would have probably been used, if they used it at all, was probably five months before the trees were harvested. So, there are very few insecticides that will hang around. Most of them are active for only about a month or so. But it's not something you can see, so it's better to ask the grower about what they're doing. There may be some growers that are counting their trees as being organic, if that's a big concern for consumers they could look for some of those farms if they still have any trees left at this late stage.