Bayer to pay up to $10 billion to settle cancer lawsuits over glyphosate, the herbicide in Roundup 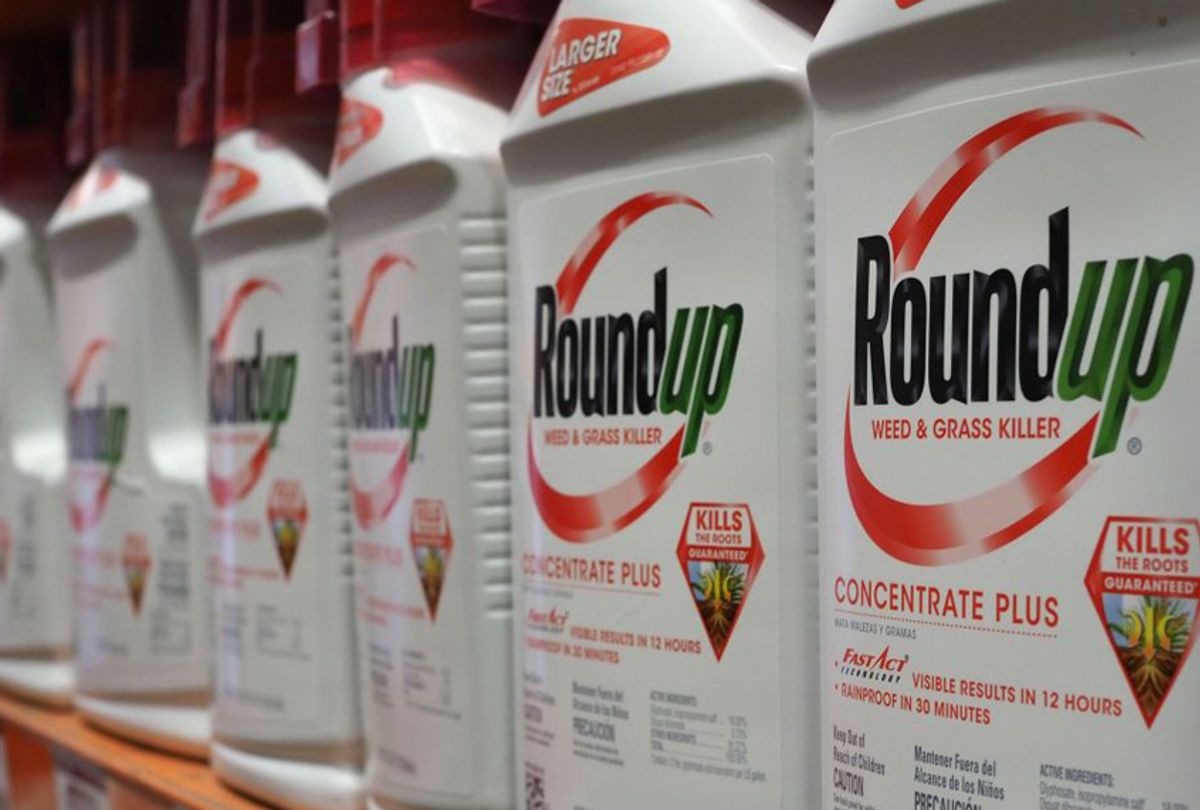 Bottles of Monsanto's Roundup are seen for sale June 19, 2018 at a retail store in Glendale, California. ((ROBYN BECK/AFP via Getty Images))
--

The German pharmaceutical company Bayer has agreed to pay up to $10.9 billion as a settlement in litigation over Roundup, a weedkiller manufactured by subsidiary Monsanto which is facing numerous lawsuits over claims that its active ingredient causes cancer.

In a statement on Wednesday, Bayer said that it would pay between $8.8 billion to $9.6 billion to resolve current litigation against Roundup, and an additional $1.25 billion to support a separate class agreement in case the company needs to address future litigation.

Bayer inherited its legal headaches after purchasing Monsanto in 2018 for $63 billion. The settlement covers an estimated 95,000 cases and entails agreements reached separately with 25 lead law firms.

"First and foremost, the Roundup settlement is the right action at the right time for Bayer to bring a long period of uncertainty to an end," Werner Baumann, Chief Executive Officer of Bayer, said in a statement. "It resolves most current claims and puts in place a clear mechanism to manage risks of potential future litigation. It is financially reasonable when viewed against the significant financial risks of continued, multi-year litigation and the related impacts to our reputation and to our business."

He added, "The decision to resolve the Roundup litigation enables us to focus fully on the critical supply of healthcare and food. It will also return the conversation about the safety and utility of glyphosate-based herbicides to the scientific and regulatory arena and to the full body of science."

Glyphosate is an herbicide that is also the active ingredient in Roundup. The World Health Organization studied glyphosate and determined that it "probably" causes cancer. A 2019 University of Washington study found that glyphosate exposure greatly increases cancer risk. Yet the Environmental Protection Agency states that there is "no risks of concern to human health when glyphosate is used in accordance with its current label."

The trial featured documentation and testimony from hundreds of people who treated plants with Roundup and suffered cancers later.

American crops are treated with 250 million pounds of glyphosate each year. The widespread application means that the herbicide seeps into many processed food products. The Environmental Working Group, a science nonprofit, found that consumer oat-based food products frequently contained levels of glyphosate that exceed the 160 parts per billion health benchmark. Cereal, particularly, often had very high levels of glyphosate; Cheerios samples tested by the group contained glyphosate in concentrations of 490 parts per billion.

Kaitlin Sopoci-Belknap, the National Director of Move to Amend, a grassroots political organization that advocates to end corporate personhood, says that Monsanto engages in lobbying efforts to affect glyphosate regulations. "Monsanto has waged a sophisticated PR campaign to bully scientists and undermine findings that glyphosate is cancerous," Sopoci-Belknap noted. "In addition Monsanto and agribusiness leaders protecting the company's interests have a revolving door relationship with many agencies that are supposed to be overseeing and regulating the corporation."

She added, "Monsanto and agribusiness associations have also made significant political contributions to Congressmembers like former Rep Lamar Smith from Texas who chaired the House Science, Space, and Technology Committee where he used his platform to undermine the [International Agency for Research on Cancer] when their cancer findings came out, accusing the agency of using 'cherry-picked' science when determining that glyphosate is 'probably carcinogenic.'"

Lawsuits have claimed that Roundup causes cancers such as non-Hodgkin's lymphoma, Johnson's lymphoma, b-cell lymphoma, and leukemia. Gary Ruskin, the co-founder and co-director of US Right To Know (USRTK), a nonprofit that investigates the food industry, told WhoWhatWhy last year that Monsanto had worked with public interest groups and university professors to make claims that defended the safety of its pesticides. The company then engaged in damage control after it failed to suppress the release of documents sought through a Freedom of Information Act (FOIA) request about the company's ties to public universities.

He added, "But at the same time, the use of third parties and third party networks and organizations [is] tremendously effective, and that's why Monsanto does it."

Update: A representative from Bayer reached out to Salon and said, "The settlement currently covers an estimated 95,000 and the company expects the settlement sum to cover the full 125,000 cases."