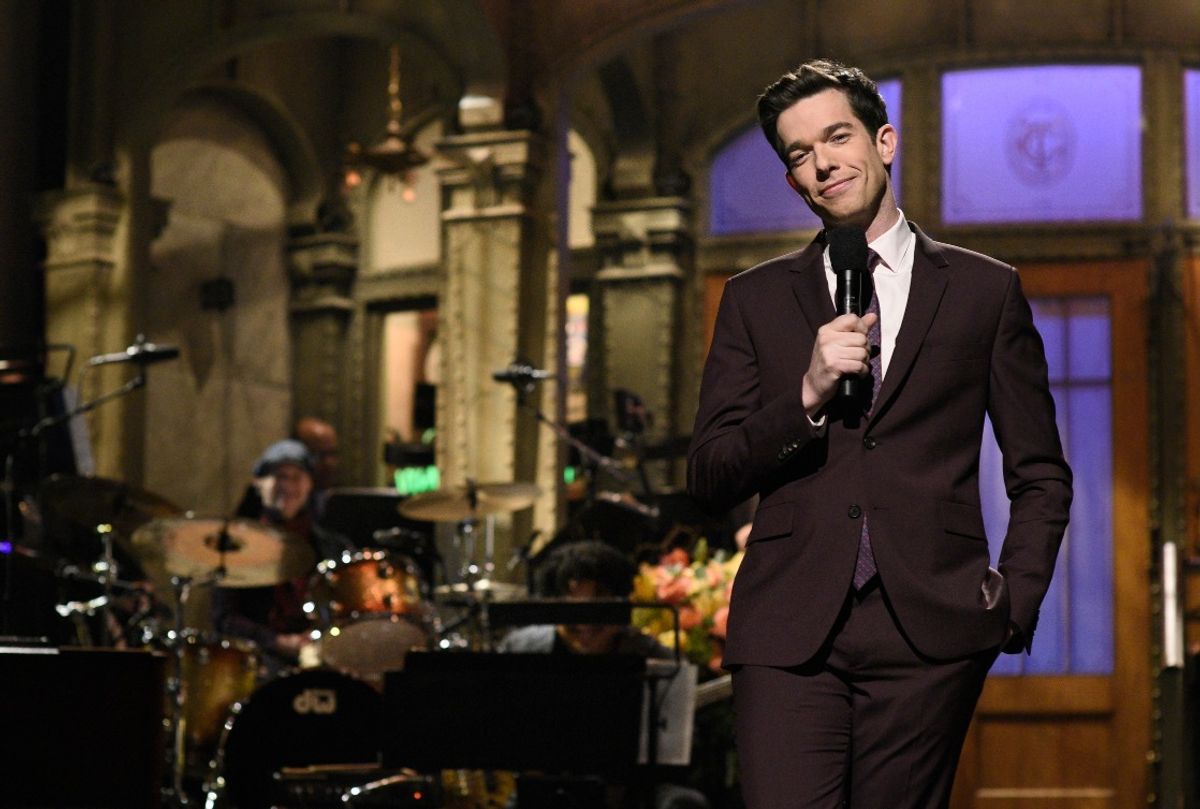 Mulaney has been open about his past struggles with sobriety in both interviews and his critically acclaimed stand-up specials. "I don't drink," he joked in "New in Town" in 2012. "I used to drink, then I drank too much, and I had to stop. That surprises a lot of audiences, because I don't look like someone who used to do anything."

In a 2019 interview with Esquire, he told writer Jonah Weiner that he drank for attention.

"I was really outgoing, and then at 12, I wasn't," he said. "I didn't know how to act. And then I was drinking, and I was hilarious again . . . Then I tried cocaine, and I loved it. I wasn't a good athlete, so maybe it was some young male thing of This is the physical feat I can do. Three Vicodin and a tequila and I'm still standing. Who's the athlete now?"

According to Weiner, Mulaney could pinpoint the day he stopped using cocaine in August 2005, and the day that he gave up alcohol that September. He was 23.

"I went on a bender that weekend that was just, like, fading in and out of a movie," he says. "It was just crazy . . . I didn't kill anyone or assault anyone. But yeah, I was like, 'You're f**king out of control.' And I thought to myself, 'I don't like this guy anymore. I'm not rooting for him.'"

A source told Page Six that Mulaney's fans know that he has struggled with sobriety.

"Unfortunately he has struggled again during the pandemic," they said. "He's on board with his recovery, he's not fighting against rehab."

In early December, Mulaney alluded to some of the ways in which the pandemic was impacting his mental health during an appearance on "Jimmy Kimmel Live!."  He recently became a staff writer on another late night show, "Late Night With Seth Meyers." Mulaney described how he wasn't thriving without the structure of a routine.

"During quarantine, I was like, 'Why am I going totally crazy and why am I suddenly telling my own wife my accomplishments?'" he said. "I really needed a job. One, I like having a boss and having assignments to do. When I'm in charge of something, not so much the best thing."

He said that his psychiatrist was supportive of the move. "She said to me: 'Without external structure, I don't have any confidence in you thriving.'"

Mulaney hosted "SNL "for the fourth time in October, which punctuated a successful few years for the comedian. He serves as the voice of Andrew Glouberman on the hit Netflix series, "Big Mouth," which just premiered its fourth season. In June, he announced a deal with Comedy Central for two new comedy specials which will both be continuations of "John Mulaney & the Sack Lunch Bunch," Mulaney's children's musical comedy special released on Netflix last December. It was also announced that he will star alongside Andy Samberg in an upcoming reboot of Disney's "Chip 'n Dale: Rescue Rangers."

CORRECTION: An earlier version of this story incorrectly reported that Mulaney was a staff writer on "Jimmy Kimmel Live!" The story has been updated.