The solace of Joni Mitchell's "River," a holiday song that defies merry and bright expectations 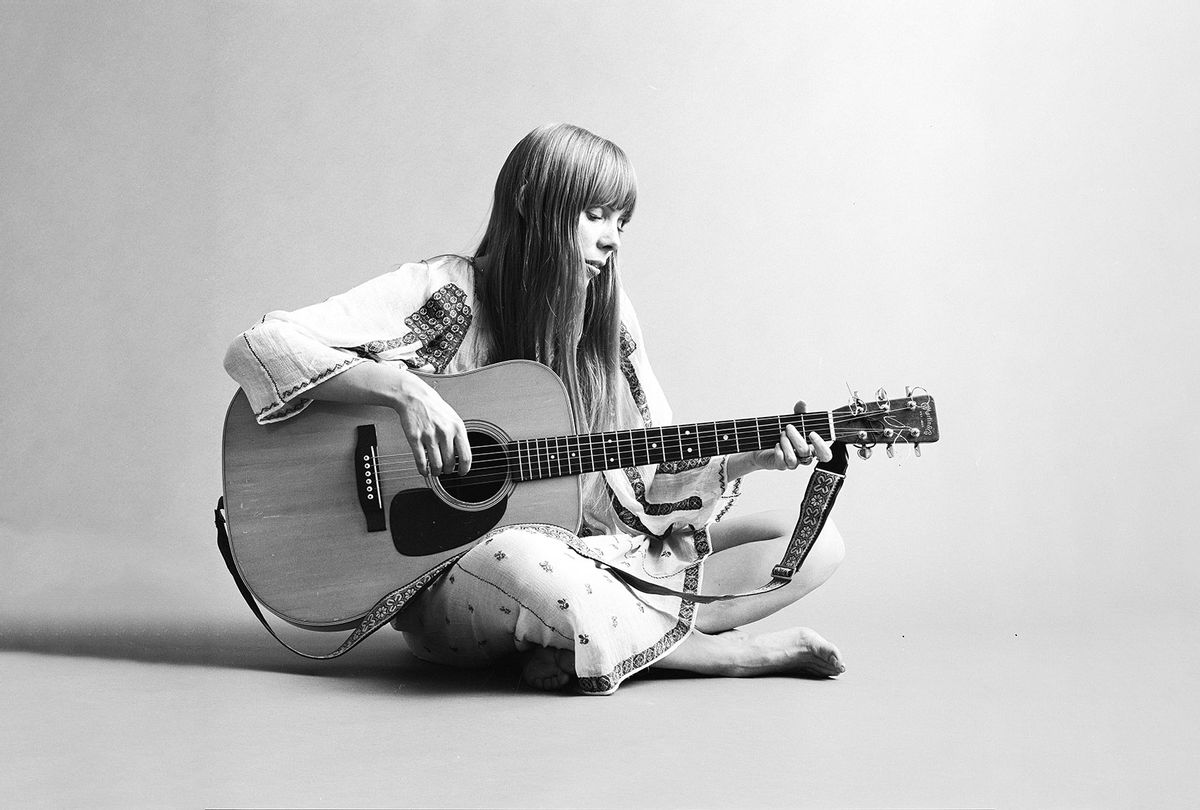 Holiday music has a reputation for being merry and bright, largely due to the popularity of jaunty and chipper tunes such as Paul McCartney's "Wonderful Christmastime," Donny Hathaway's "This Christmas" or Mariah Carey's "All I Want for Christmas is You."

However, festive music is often much more complicated than it seems. Both the Waitresses' "Christmas Wrapping" and Dan Fogelberg's "Same Old Lang Syne" boast narrative twists and complications involving romance, while Wham!'s "Last Christmas" is a sweetly passive-aggressive dig at someone who brought on holiday heartbreak.

Yet for many people, melancholy holiday music hits the spot more: the longing of "Christmas (Baby Please Come Home)," the ache of "I'll Be Home For Christmas" and perhaps the saddest festive tune of them all, Joni Mitchell's "River."

Tucked away near the end of her landmark album "Blue," which turns 50 years old in 2021, the tune has grown into one of Mitchell's most popular songs — covered by a staggering 761 artists, according to the artist's website. Sarah McLachlan famously did a version, as have Herbie Hancock, Billy Squier, Sam Smith, Rosanne Cash, Linda Ronstadt, and Barry Manilow.

In recent years, "River" has enjoyed a resurgence of sorts. Pop star Ellie Goulding's cover of the song hit No. 1 in the UK in December 2019, culminating in a year that also saw "River" appear prominently in Netflix's "The Politician" (in the form of a Ben Platt-sung cover) and on Judy Collins' album "Winter Stories." Earlier this year, actress Olivia Rodrigo put her spin on the song during "High School Musical: The Musical: The Holiday Special," and the song is featured in Netflix's cozy and festive "Dasy & Lily."

The song's popularity stems in part from its simplicity. Sonically, "River" is a moodier inversion of "Jingle Bells," with sleigh bells that slump and sigh, and frigid piano that rains down like a stinging ice storm. Mitchell's vocals are fragile but clear, capturing a protagonist exhausted by (among other things) the consequences of her own actions.

"I'm so hard to handle, I'm selfish and I'm sad," she laments. "Now I've gone and lost the best baby that I ever had." Later in the song, where to place blame is even clearer: "I made my baby say good-bye." That the sadness is self-inflicted makes it extra painful; the narrator is wrestling with both internal guilt and external constraints.

Mitchell is well aware that "River" is a different kind of holiday song. "We needed a sad Christmas song, didn't we? In the 'bah humbug' of it all?" Mitchell told NPR in 2014, and then elaborated on what the song meant.

"Well, it's taking personal responsibility for the failure of a relationship. And my generation — you know, the 'Me Generation' — is known to be a Peter Pan, narcissistic generation, right?

"So it's really, you know — it's really that aspect of our inability — you know, 'I'm selfish and I'm sad.' Right? You know, people think that's confessional, but I'd say, you know, in my generation, you think that that's a unique personal statement?" she continued. "You know what I mean? It's like, no wonder there's so many covers of it?"

"River" emerged during a creative time for the Canada-born songwriter, when she was immersed in the Laurel Canyon scene after stints living in Detroit and the U.S. East Coast. In 1970, Mitchell was especially coming into her own as an artist (her second LP, "Clouds" won a Grammy Award for Best Folk Performance) and songwriter (Crosby, Stills, Nash & Young's version of her tune "Woodstock" was a hit that year).

However, travel was still driving her creative evolution. A 2018 Oxford American article described Mitchell and then-boyfriend James Taylor traveling to Chapel Hill, North Carolina, over the Christmas 1970 holidays. The pair's vacation was idyllic: caroling around the neighborhood, visiting friends, and both musicians previewing soon-to-be-famous songs, such as "A Case of You" and "Fire and Rain." As the article details, at least one person around at that time suspected "River" arose from Mitchell's visit

The rub, of course, is that "River" already existed by then; Mitchell had even performed it at an October 1970 concert with Taylor that was broadcast by the BBC. Speaking to The Washington Post in 2006, Taylor noted that he first heard the song in California; his take, unsurprisingly, is influenced by the state's temporal bent.

"It starts with a description of a commercially produced version of Christmas in Los Angeles, then juxtaposes it with this frozen river, which says, 'Christmas here is bringing me down,'" he says. "It only mentions Christmas in the first verse. Then it's, 'Oh, I wish I had a river I could skate away on' — wanting to fall into this landscape that she remembers."

That people believe the song fits both a cold December in North Carolina and decidedly non-wintry Los Angeles illustrates the song's subtle, genius malleability. It's both incredibly specific to one situation — a breakup around the holidays — and exudes universal longing for escape and a desire to start over.

In 2018, the BBC released an episode of the Soul Music series about "River" that illustrated this point beautifully. The radio segment featured people detailing what the song means to them, with responses that varied wildly and covered a lot of ground: love, death, birth, home, distance.

Part of these varied reactions come from Mitchell's word choice — she lost her "baby," a term of endearment with a connotation of deep, intense familiarity for the entire gender continuum — and the vivid imagery, described in economical language: "They're cutting down trees/They're putting up reindeer/And singing songs of joy and peace."

The protagonist daydreams a concrete plan of how to get a better life ("I would teach my feet to fly/I wish I had a river/I could skate away on") that brings to mind childhood innocence and frivolity. That's no accident: If she can only find or get to that elusive river, a metaphorical rebirth — getting back to those happier, younger days — is within reach.

In 2020, a year where social distancing from family isn't a choice but a necessity, and going anywhere feels like a thrill and a treat, "River" offers great solace. The song's longing and melancholy feel more acute, the equivalent of what it feels like to be outside on a bitterly cold day.

At the same time, "River" is even more of an emotional balm — a poignant reminder that it's okay if the holidays are difficult this year (or any year), and all we can do is hold on to hope that a way forward to better days exists.